A wave of tit-for-tat executions has recently engulfed Naples, southern Italy’s main metropolis. The Camorra, the mafia-like criminal organization that controls large swathes of the city and other towns in Campania has been wracked by internal conflict since a splinter group of “Scissionisti” began an attempt to wrestle control of the Camorra’s lucrative drugs trafficking business from the manacles of the leading di Lauro clan.

Forty-one people lost their lives between October 2004 and February 2005 with 18 people brutally killed in January alone. As most of the actual ‘hoods’ have gone to ground since this particularly gruesome round of blood-letting got under way, or are already in jail, many of the victims have been their distant, seemingly insignificant relatives.

Some big arrests have been made but it remains to be seen how effectual they will be as long as the generali are still giving the orders, some of them from behind bars. Few expect the killing to stop completely, least of all the hapless Italian police left trailing in its wake.

CYCLE OF POVERTY AND INTIMIDATION

Like Italy’s other major criminal organizations, Sicily’s infamous Cosa Nostra, the less well known Calabrian ‘ndrangeta and Sacra Corona Unita from Bari, violence and intimidation run deep in the Camorra. In fact, the Neapolitans are arguably the nastiest. Each new “Camorristà” is required to murder someone as a precondition to membership. “Certi bambini”, an Italian film released just last year by the Frazzi brothers and known as “A Children’s Story” outside Italy, was chillingly successful at portraying the vicious and dismal cycle of poverty and peer pressure in Campania’s slums that spurs on adolescent teenagers to carry out their first ‘hit’. Although much crime in Naples and neighboring cities like Caserta and Salerno is probably never reported, 140 shootings were reported in Campania last year and all of them were believed to be related to organized crime.

For visitors to Italy who have seen little but Venetian canals and the Tuscan countryside, the first glimpse of any of the poor and run-down inner-city neighborhoods in the big cities of the Italian south, the “mezzogiorno”, will come as a huge shock. Whole districts of Palermo, Bari, Catania, Reggio di Calabria and, the south’s biggest metropolis, Naples, often look more like Beirut back alleys than Milanese housing complexes.

Years of political neglect and corruption, from the highest levels of government down to the local post office, have taken their toll. The economic infrastructure present in most modern conurbations is non-existent in slum quarters like Scampia and Secondigliano where most of the killings have taken place. Unemployment, especially among young people, is rife and since whole families often work in one form or another for the mafia, crime is often the only way up for some of them. Recent attempts to revive the tourist trade in Campania, successfully so in 2004, could easily suffer a serious setback as a result of the violence.

In recent years, the perception of Italy’s mafia gangs has been one of antiquated and increasingly under-attack relics from the past, on a steady decline thanks to the successes of the anti-mafia trials of the Nineties. Yet nothing could be further from the truth – organized crime has simply crawled back into the shadows whence it came and where it thrives the most.

In a report released in January 2005, the Institute of Political, Economic and Social Studies (Eurispes), an important Italian research center, reported that the mafia-controlled economy is growing rapidly and now amounts to an estimated 1.05 trillion Euro per year, a quite staggering 9.5% of Italian gross domestic product. Estimated annual profits run at something like 100 billion Euro. Even if the precise figures are impossible to know for sure, they hint at the severity of the mafia drain on the Italian economy, or as Italian President Carlo Ciampi calls it “the cancer that is eating away at our lives”.

CUTTING OUT THE CANCER

That 1 trillion Euro annual turnover is drawn from a predictable portfolio of organized criminal activities: drugs trafficking, prostitution, extortion, usury, and pilfered public funds. Drugs remain the biggest money spinner accounting for about 60% of all mafia profits. The ‘ndrangheta reaps in the lion’s share of drugs money at 22 billion Euro with the two other big mafia organizations,

Cosa nostra and camorra ringing up distinctly unhealthy profits (for everyone else) of 18 billion and 16 billion Euro a head. The Calabrians also make the most from prostitution while Cosa Nostra siphon off the most public funds and illegally acquired shareholdings. The Camorra is active in extortion and usury that brought them 4.7 billion Euro last year.

The biggest mafia in strictly financial terms, the ‘ndrangheta, makes a 30 billion Euro annual profit. By way of comparison, the gross domestic product of Calabria, the ‘ndrangheta’s home ‘patch’, though unlikely to be its sole area of interest, was a measly 28 billion Euro in 2003.

The Neapolitan Camorra exercises similar financial clout in Campania a more populous and potentially wealthier region of Italy than Calabria. Add to its 16 billion Euro and growing drugs profits, the 587 million Euro from prostitution, 5.9 billion Euro of embezzled public money, and the 4.7 billion from extortion and usury and you get a sizeable 27 billion Euro income, thank you very much. That tallies up to just under a third of Campania’s 84.6 billion Euro gross domestic product in 2003.

The current internecine crisis among the Camorra is widely believed to be a to-the-death struggle for control of the city’s increasingly profitable role at the center of the European drugs market. Cocaine imported from Spain, Britain and the Low Countries frequently finds its way onto the Neapolitan streets and into the hands of the city’s multitudes of dealers and ‘buttigliella’ addicts, a hyper-addictive form of crack-cocaine.

Since 2003 “Fats” di Lauro, running the show in the absence of the senior di Lauro, Paolo, who is in hiding, has been attempting to centralize control of the drugs trade in his own hands by installing young di Lauro loyalists in key positions throughout the camorra’s financial apparatus. The Scissionisti’s attempt to resist and break out on their own is believed to have triggered the spate of gruesome murders and reprisals. Even if the arrest in late Febraury of Raffaele “the Spaniard” Amato, leader of the ò Lello clan chiefly behind the scissionisti, may stem the killing, the underlining problems will remain – rampant poverty, spiraling profits and utter lawlessness.

It is no wonder that Italians are more afraid of the mafia than at any time since the early 1990s. According to the aforementioned Eurispes survey, 13% of the population now fears becoming the victim of organized crime, a 5% increase on the previous year. The figure is undoubtedly much higher in the poorer southern regions of Italy where mafia power is at its greatest and people’s willingness to talk at its lowest.

In truth, there is no more appropriate measure of the mafia’s currently thriving state than that of fear. After all, fear is the core asset of any mafia-like criminal organization, the resource on which all its financial gain is based.

Only Italy’s political masters can put a stop to the problems in Naples and other mafia-controlled cities by getting serious about fighting corruption and improving living conditions for the locals. Creating the kind of climate where lawful employment can compete with the profits to be had from a life of crime is a prerequisite. Otherwise, the hoped for prosperity placed in the swelling numbers of visitors coming to Naples, will prove mislaid and futile as the fear out on the mean streets of Naples translates into cancelled bookings at the tourist office. 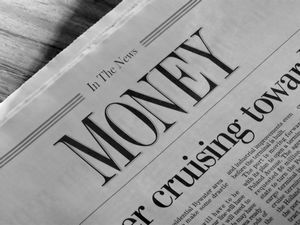