Italians call it the economia sommersa – the ‘submerged economy.’ There are umpteen methods for calculating it, just as many definitions and pseudonyms for it, and a variety of takes on its significance in the bel paese. With most estimates pointing at a value in the range of one-fifth to one-quarter of gross domestic product, Italy’s shadow economy plays a hugely significant part in the day-to-day life of the country.

In fact, Italy is something of a star subject when it comes to studies of the shadow economy. The OECD and IMF have published papers on the phenomenon and have used Italy as a case study. The Italian statistical office, ISTAT, releases annual estimates of its size and effect on the official economy. Only Greece’s shadow economy is reckoned to be bigger among the industrialised countries, and since Italy’s economy is much bigger, the much bigger shadow it casts is well worth all the attention.

There are several definitions and interpretations of unofficial economic activity. A 1997 study by Lippert and Walker makes an important first distinction between what is legal and what is illegal.

The “Legal” shadow activities, as defined activities in economic models, fall into the categories of tax evasion and tax avoidance, both of which can be characterised as monetary and non-monetary transactions. Tax evasion includes unreported income (monetary) as well as bartering legal goods and services (non-monetary). Tax avoidance covers things like fringe benefits (monetary) and even things like DIY (non-monetary).

Clearly any calculation of the shadow economy can never claim to be definitive. Data on the official economy are derived mainly from the completed tax forms of individuals, companies, and other organisations. The defining characteristic of underground economic activity is that it is not reported and for obvious reasons – the person doing the reporting would likely face some kind of punishment, ranging from a hefty tax bill to a long-term prison sentence.

Lacking these critical sources of numbers to crunch, economists and statisticians have come up with a number of solutions for estimating the value of the shadow economy, and most frequently report it as a percentage of the gross domestic product (GDP) of the official economy.

Based on an OECD working paper by Roberto Dell’Anno, there are three kinds of methods for measuring the informal economy: direct methods such as surveys and tax audits, indirect methods which trace the effect of the hidden economy on the official economy, and the use of statistical models.

The so-called MIMIC (Multiple Indicators and Multiple Causes) approach uses statistical models that take into account a series of variables: the tax burden, government spending, unemployment, self-employment, a justice system efficacy index, and an index of illegality. Using a complex set of equations, the MIMIC approach is actually quite effective and has produced results which vary over time in an extremely similar fashion to the figures produced by the direct and indirect methods.

The case of Italy

Given that there are such a motley collection of approaches, a good starting point is probably the official statistics published by ISTAT, which are based on the premise that 3.5 million workers out of a total labour force of around 23.5 million are irregular, representing about 15% of the work force. ISTAT’s figures also exclude data for illegal economic activity because of their unreliability. In 2002, according to ISTAT, Italy’s hidden economy was worth between 15.1% and 16.8% of GDP. Its estimates have risen steadily over the period from 1992 to 2002 but have levelled off somewhat since 2001.

The OECD working paper, however, comes up with quite a different figure using a combination of the currency approach and the MIMIC modelling method. In 2002-3, it estimates Italy’s shadow economy at 26.2% of GDP, considerably higher than the upper band of the ISTAT figures, although the OECD estimate does include illegal economic activity.

Another interesting figure comes from Italy’s independent Eurispes Institute, an economics think tank. Eurispes puts the black economy at 27% of Italian GDP in 2003-2004, amounting to some €300 billion in turnover, one-third of it attributable to ‘mafia’ criminal organisations. Some 5.65 million Italians are employed on the black market at considerable expense to the public purse in terms of unpaid taxes.

The International Monetary Fund has issued similar findings to those of Eurispes. In a 2003 report the IMF valued the black economy over 1999-2001 at 27% of GDP and reckoned that between one-third and one-half of working-age Italians performed some kind of unrecorded work.

In effect, the various sources taken together point to a figure of around 15-20% for the ‘legal’ shadow economy rising up towards 25-30% when ‘illegal’ activity is added to the mix.

According to ISTAT the worst-affected regions of Italy are predominately in the South; the major culprits are Campania, Sicily, and Calabria, where between 1 in 3 and 1 in 4 works off the books. The sectors with the highest rates of undeclared workers are domestic services, such as cleaners (40% of all employed in the sector) and carers (32%); agriculture (27%); building (24-26%); shops (24%); and tourism (21%) according to a 2000 survey by Censis.

The figures for Italy are certainly high in comparison to other developed nations. The non-weighted average for 21 OECD member countries (this excludes most of the new members from Eastern and Central Europe, whose shadow economies would certainly raise the average) in 2002-2003 is 16.4%, double the 8.6% in the United States, but well under the 26.2% it gives Italy.

As stated above, only Greece among the 21 OECD members records a higher rate than Italy at 28.2% of GDP. Two other Southern European countries, Portugal (22.3%) and Spain (22.3%), also come out above the average, perhaps highlighting the Mediterranean region’s proximity to poorer African countries, and the need for migrant workers in seasonal agricultural work and tourism. The only other high-scoring country is Belgium with 21.5% of GDP. Countries like France (14.8%), Ireland (15.5%), and Germany (16.8%) come in around the average, while others like Britain (12.3%), the Netherlands (12.8%), and Austria (10.8%) are well under.

Shadow economy are significant. It is the only large industrialised country in which a fifth of all economic activity (at 25% of ‘official’ GDP) takes place off the books. Although this is not the place for an in-depth look at the causes of a phenomenon as complex and controversial as the unofficial economy, this article would not be complete without some kind of indication of its causes and consequences.

The MIMIC approach is a good indicator of what causes the underground economy to flourish: factors such as unemployment, public spending, the tax burden, bureaucracy, and respect for law all play their roles. In the areas of Italy where the black economy thrives the most unemployment is high and the rule of law is lax in many areas. Taxes remain high and bureaucracy is a problem throughout Italy, encouraging many businesses and better-off families to circumvent tax laws. At least these days government spending is well down as a share of GDP, leaving less room for corruption on that front.

While many other OECD countries in Europe suffer similar problems, few can ‘boast’ of a full hand like Italy. Unemployment is high in Germany and France, for instance, but respect for law and the efficacy of the judicial machinery are not in question. And while Germany has its depressed East, the problems of criminality there pale in comparison to those in the Italian Mezzogiorno.

Many Italians point to the shadow economy as a bright light when it comes to discussions of the country’s current economic woes. Indeed, the bleak headline figures do not seem to correspond to actual living conditions – most Italians are doing absolutely fine, thank you very much. This approach is both correct and incorrect – most Italians are still well off, but the ones that are not are increasingly worse off. Most significantly, it is the long-term figures for the economy that matter and which also happen to be the most worrying, e.g. low productivity, declining traditional industries, and troubled public finances to name the most salient.

The shadow economy is not an alternative to the official economy but a reflection of its shortcomings. For years the growth of the underground economy in Italy could be ignored because of the long-term positive trends in the official data. Those days are at an end, so perhaps now it is time to come out of the shadows. 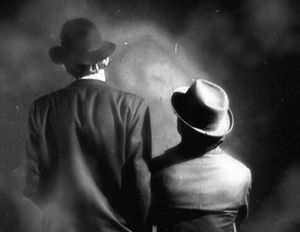