Imagine Florence during the Renaissance, but not in the full splendour that you see in the tourist guides. Imagine it in the bloody grip of its enemies. On the 17th of February 1520, the Florentines were suffering famine and pestilence, they were under the threat of excommunication from the Church,

Imagine Florence during the Renaissance, but not in the full splendour that you see in the tourist guides. Imagine it in the bloody grip of its enemies. On the 17th of February 1520, the Florentines were suffering famine and pestilence, they were under the threat of excommunication from the Church, and under siege by the imperial troops of Charles V. As a gesture of defiance against the enemy, they proudly staged a gallant football game in Piazza Santa Croce. So as iron balls were being fired over the city ramparts, leather balls were being thrown around in the square to the animated shouts of most of the city’s population. Moreover, to be better seen and heard by the enemy encamped on the hills of Giramonte, Florentine musicians played resounding notes from the roof of the church. This historical event perfectly illustrates the competitive spirit of the city, as well as of its citizens’ passion for football.

As for the game, it has historical origins dating back, to the “arpasto,” which was carried out on sanded ground by the Roman legionaries during their free time. The only clear rules were that there were two teams; everything else revolved around contending possession of the ball. After many centuries a more structured set of rules was developed, fragmentarily passed on by historians such as Luca Landucci and Scipione Ammirato, who, among other things, memorably tell us that a game was played on the 10th of January 1491 on the frozen Arno between Ponte Vecchio and Ponte Santa Trinita’.,

At this stage, the game resembled a combination of soccer and rugby with a bit of wrestling thrown in. Teams had 27 players each, and they scored goals by throwing the ball into their opponents’ net, by any means necessary. Fights would often break out between groups of players, and the team captains were called on to pacify their team-mates. In the case of a genuine melee, the Master of the Field would intervene to restore order and prevent bloodshed. This game has become a Florentine tradition that remains to this day, albeit with substantially less actual bloodshed.

The 3 matches are scheduled this year for June 24th, June 26th, and July 3rd., The final is usually on the day of San Giovanni Battista, the patron saint of Florence, but dates are flexible. The games were played without interruption until the end of the 18th century, when this tradition faded away. It was resumed in all its pomp and glory in 1930 to continue with renovated vigour and commitment until today, under the patronage of the Florentine Municipality.

When asked about the game, Assessore Giani says, “The Florentine Football in Livery is our most fascinating, popular event, evoking historical memories of Renaissance Florence. It emphasizes our great traditions from the past and promotes the image of, Florence as city of art and culture, even through sport.”

Today, this event is also a glamorous pageantry involving more than one thousand people, most of them parading in sumptuous costumes of the 16th century in the long procession which precedes each match.

Behind the glorious Gonfalone of Florence, escorted by the “famiglia di palazzo,” a long procession of, military officers and magistrates, soldiers, noblemen, flag bearers, consuls of the Guilds, and, of course, the players, marches through the streets to reach Piazza Santa Croce, where the game is played. Last but not the least comes the oxen-driver with the heifer, the coveted prize of the winning team.

It really is an imposing and colourful parade introducing a picturesque football game which may appear a little bit confusing and a bit brutal to the uninitiated, but for Florentines it’s an exciting show of the bold temper of their ancestors – displayed even when they played ball.

The field, rectangular in shape, is covered in sand and divided in the middle by a white line. A net is placed at both ends, running the entire width of the field., At the centre of each team’s end is a tent for the team’s captain and standard-bearer.

The play is carried out by two teams of 27 players each, in the roles of goalkeepers, full backs, half backs, and attackers.

At the start, the ball bearer throws the ball from the centre of the field, greeted by a culverin-shot. From that moment on, the players try to throw the ball into the adversary’s net in any possible way in order to score. They can kick or grab the ball, as well as their opponents. Throwing the ball over the adversaries’ net means half a point for the other team.

With every point scored, marked by a waving of flags of the same colour of the scoring team, the teams change sides.

The game is supervised by the referee, who is assisted by 6 linesmen and by the game judge, who oversees the course of the game from a special stand.

The team who scores the highest number of points is proclaimed the winner and awarded the white calf. Which, in past times, made good steaks for the players, but today it goes peacefully back to grazing. 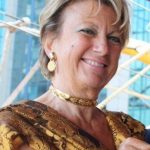 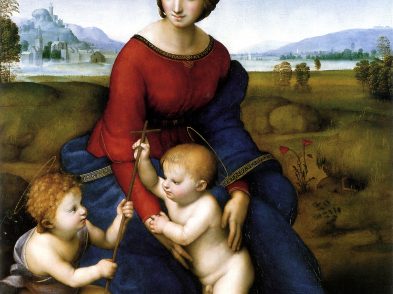 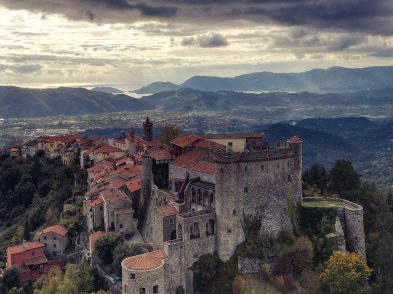