Eugenio Giani, Assessore allo Sport e Tempo Libero, has been serving the city of Florence since 1990.Although he studied law he found his calling in public service.After spending three years working for a Florentine law firm, he decided to enter politics and has never left.A member of the Socialisti Democratici, a small leftist party, Giani has been elected four times to public office and held various positions within city government, including serving as Assessore al Trasporto, overseeing the city’s public transportation system.Giani sat down with The Florentine to talk about Florence, the foreigners who call the city home and his vision for the future of both.

Can you tell us a little bit about the foreign community of Florence?

The number of foreign residents is growing.Currently, there are 31,000 residents who are not Italian citizens living in Florence, about 10 percent of the total population and the number increases every year. Last year there were 29,000. Florence is becoming a truly international city with an immigrant population that is represented by highly educated people: students, researchers, people connected to the various international universities, schools, research institutions and international companies in the city.The Albanian and Chinese communities have the highest birth rates of any ethnic group but they tend to stay and work for a few years and then return to their home countries.Florence, unlike other cities in Italy, has always been very open to non-Italian citizens.Many of the most important studies of Florence have been done by foreigners and I hope that this openness within the cultural world can serve to help more people gain access to other aspects of the city.

What are some of the difficulties facing the English speakers?

They often find it hard to get the services they need.The city isn’t as clean as they would like and they often have difficulty with the public transportation system.Many of them work at the universities and international institutions that are outside the city in places that are not well serviced by public transportation.They also find it difficult to get to know the places frequented by Florentines. Sometimes they find the Florentines themselves a bit closed, somewhat inaccessible.

What can we do to help the English speaking community become more involved with Florence?

I think this paper can help, it can help us to communicate with one another.We can figure out what the problems are and search for solutions.I don’t think the effect will be immediate but it is important that the paper is read not only by the English speaking community but also by the city’s decision makers. This will allow us to help one another.I also think the internet is an important instrument that many foreigners use to find out what is happening in the city.I should also mention that we have a space, the Palagio di Parte Guelfa, that we make available to the foreign community, for those who might want to organize a conference, an exhibit, a concert.We have an exhibit coming up to celebrate the 40th anniversary of our relationship with Tokyo, our sister city. The Palagio di Parte Guelfa offers a place where foreigners living in Florence can do something for Florence and for their own city.

Some people in the business community have suggested that is difficult to do business in the city because the city is controlled by the Communist party?

Historically there has been a strong communist influence but the party is currently not part of the government.Although I am from the left I am quite far from the communist ideology and in the last election we managed to get a majority without the Rifondazione Communista, the Italian communist party.In fact, they are part of the opposition and I am convinced this is not a problem for Florence.

Where is the Mayor? We have heard he is often absent from important events in the city.

For the first time Florence has a Mayor who has been elected president of ANCI, the association of mayors of Italy.When he is not in Florence the Mayor is touring Italy, invited by 8,000 mayors of Italy. It is important that he does this as part of his job. He is an ambassador for Florence throughout Italy.

What is the greatest misconception that the English speaking community has about Florentines?

I don’t know. I always find great affection in the English speaking community and the complaints that I hear are really constructive criticism.They are all true, the pollution, the traffic and I find them of great value.

What is the greatest misconception that Florentines have about the English speaking community?

I believe we have a very good relationship with the English speaking community and anyone who believes otherwise is in the minority. Florentines, the true Florentines, love the United States, they think of the US as the land of Amerigo Vespucci.There are more than 200 cities named Florence in the US.The great majority of Florentines have a love for America and for Americans.That is why there was such an uproar when the US Consulate considered closing its office in Florence.

Do you have aspirations to become Mayor of Florence?

It is too early to say but I don’t think so. My party is also very small. 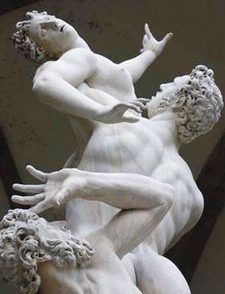 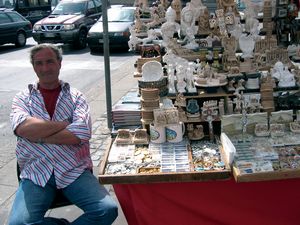