Most people are familiar with the masked revellers at the Carnevale in Venice, but another truly fantastic celebration ofCarneVa (literally meaning the “meat goes”) is held each year in the Tuscan coastal city of Viareggio. Here the stars of the show are the spectacular papier-mâch&

Most people are familiar with the masked revellers at the Carnevale in Venice, but another truly fantastic celebration ofCarneVa (literally meaning the “meat goes”) is held each year in the Tuscan coastal city of Viareggio. Here the stars of the show are the spectacular papier-mâché floats that have been promenading down the streets of Viareggio since the turn of the century. While Carnevale is an occasion for masks, parades, costumes, music and celebration, the Carnival in Viareggio has also become famous for being a stage where participants can demonstrate their sharp wit by creating satire inspired by current social concerns.

Impressive from the start

The very new idea of organising a parade of floats to celebrate Carnevale outdoors began in 1873 over coffee amongst Viareggio’s youth. They dreamed of a celebration that would impress visitors and become the finest and the grandest in the world. When the triumphal floats finally appeared, they did indeed just that. Originally built from wood and plaster, modelled by sculptors and put together by carpenters and iron smiths who were skilled boat makers from the local docks, the massive rolling monuments were an immediate success.

Though the first World War put a hold on the extravagant festivities for a period, by 1921, the floats parading once again down the elegant coastal promenade of Viareggio were even more impressive and grandiose than before.1923 was the first year that float-makers amazed the crowd by creating characters that moved their heads and eyes, and became animated to the sounds ofthe song “Cup of Champagne”, now the official Viareggio Carnival song. It was in 1925, through the initiative of some builders, that papier-mâché was introduced to create the floats, an innovation that has allowed for very light, enormous creations that tower over the crowd.

Celebration with a cause

Each year, artisans from across Italy submit proposals to the festival organisers. From these, fifteen winners are selected. Winners are given approximately 100,000 Euro and five months to build their floats, and they compete for various prizes. In addition to these fifteen, many smaller floats participate in the parade. Though the 2006 Viareggio Carnival is themed a celebration in the name of peace, love and solidarity, a visitor to the parade can be assured that the traditional Italian adversity towards current issues from bad jobs to bureaucracy to Berlusconi will be displayed on almost every float. Targeted issues this year include marriage amongst homosexuals, the fluctuations of the stock exchange and Western culture’s adoration of the God of money. Past parades have included the papier-mâché figures of Bill Gates, George W. Bush and the Pope amongst many others, and rumour says that they were all amused enough to make a visit to Viareggio to see themselves in all their massive glory.

Not just a parade

The parade, which will take place on 12, 19, 26, 28 February and 5 March (on the first three days the parade will begin at 15:00 and on the last two it will begin at 17:00), will also include folkloristic bands and masked performers guaranteeing excitement, fun and tradition for both children and adults. Local restaurants are offering traditional Carnevale menus, and masked balls will take place in discotheques and ballrooms around Viareggio.

Using the train to arrive in Viareggio is not only a convenient ninety minute ride from Florence, but if you save your ticket stub you’ll receive 2 Euro off your entrance fee. For an additional cost you can get reserved seating on stages lining the parade grounds, but these seats seem to defeat the whole purpose of attending il carnevale, since the fun part is to move freely among the floats. Sometimes the floats pass directly over your head. But keep your eyes open, if you don’t bend down in time, you’re liable to get squished by Berlusconi himself. 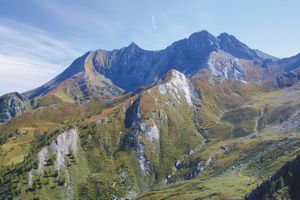 With just weeks to go until the start of the 2006 Winter Olympic Games, the beautiful baroque city of Turin is bustling with excitement. Flags and banners wave from bridges that cross the lovely Po River. Road and building work have switched into high gear, and as the date of