‘To be or not to be? That is the question’. ‘Romeo. Romeo. Where for art thou Romeo?’ Chances are if you’re an English-speaker, you know these lines and you also know who wrote them: William Shakespeare. But what about, ‘Abandon all hope you who enter here?’ Or, ‘Midway through the journey of our life I found myself in a dark wood?’ If you’re Italian, you know these lines by heart and you know that they’re from Dante’s Inferno. What Shakespeare is to English-speakers, Dante is to Italians, but the affection Italians feel for Dante is perhaps sharper and deeper. Italians love Dante. But why? He wrote one long poem about the afterlife and a few sonnets about a girl he hardly knew. Shakespeare wrote hundreds of sonnets and dozens of plays, but, from what I can tell, he’s not nearly as endearing.

First of all, Dante made Italian an acceptable literary language. Before him and his contemporaries, Latin was the only language used in scholarly writing. Dante, however, saw the charm of his native tongue and wrote his poetry, including The Comedy, in Italian – la lingua volgare. But there’s nothing ‘vulgar’ about The Divine Comedy, and Dante’s daring contribution earned him the title ‘The Father of the Italian Language’.

Italians usually learn about Dante in middle or high school. Some of the most beloved passages include Canto V of the Inferno, which tells the tragic story of the lovers Paolo and Francesca, damned to spend eternity attached to each other and flying through a rushing whirlwind because of the lust they submitted to in life. And, of course, the final cantos of the Inferno, in which Dante describes the three-headed Lucifer as he chomps on the bodies of three sinners, are also hard to forget.

Dante was born in Florence in 1265 and later played a significant role in the city’s politics. As a White Guelf, he actually sat on the city council until the opposing faction, the appropriately named Black Guelfs, took over power in 1306. After this coup, the Black Guelfs expelled Dante and other prominent Whites, and Dante left his hometown never to return again.

After his expulsion from Florence, Dante travelled around Italy and stayed in several cities. By this time the plan for The Comedy was already starting to take shape in his head, and he began to write it while the bitterness of his political situation was still fresh. In fact, Dante lambastes Florence in several passages throughout The Comedy, condemning its citizens for their wickedness and sin. Obviously, his bitterness shines through in his verses, and he punishes some of his most hated political enemies by strategically placing them in various circles of hell. Eventually, the poet ended up in Ravenna where he finished La Commedia and eventually died in 1321.

In the centuries after Dante’s death, there was a feud over which city could rightfully claim his body: Florence, his place of birth, or Ravenna, where he completed the most famous work of Italian literature and where he died. Ravenna won, and in order to see Dante’s tomb, you must go there. You can also see the mound of earth under which Dante’s remains were buried during World War II in order to protect them from German bomb attacks.

Even though Dante’s body rests in Ravenna, Florence still claims the poet as its native son and even has a memorial cenotaph for him in the Church of Santa Croce. The pride Florentines have for Dante, though, can be seen by just walking around the city. If you look on the walls of virtually any major street, you can see a quote from The Divine Comedy etched into a plaque. Usually, the passages bear some significance to their location. In addition, on the north side of the Duomo, across from the Campanile, there’s an inscription in the wall that reads Sasso di Dante – Dante’s stone. This is where the poet is rumoured to have sat for hours at a time, watching the people pass by and observing the construction of the bell tower. There’s a story that says Dante had such a good memory that one day he was sitting here, and a man passed by and asked him, ‘What would you like?’ Dante responded, ‘An egg’. A year later, the same man walked by and asked, ‘With what?’ and Dante replied, ‘A little salt’. Such homages and stories show the impact Dante had on the city and the care with which later generations have preserved his legacy.

The house in which Dante was born has been converted into a museum dedicated to the poet, his works, his politics and his life. Down the street, is La Chiesa di Santa Margherita, where Dante and his love, Beatrice Portinari, attended church and where Beatrice is buried. Dante’s adoration for Beatrice is central to understanding The Divine Comedy. He considered her to be angelic and without fault and placed her among the saints in Paradise, through which she leads him on the path to God Himself. In real life, Dante never consummated his love with Beatrice, and he ended up marrying Gemma Donati, with whom he had four children. Despite their life together, he never wrote about Gemma.

If you want to learn more about Dante, just ask a Florentine. Chances are any one of them will be able to spout off a few passages of the Inferno or tell you some tidbit of information about the poet himself. 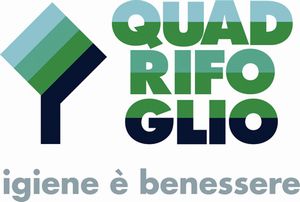