Heard the latest about the Carabinieri?

There was this peasant who lived up in the mountains on a narrow road. One day, he saw a carload of carabinieri military police driving backwards up the mountain. Why are you driving backwards? he asked.Because were not sure well be able to turn around up ahead.Later, the

There was this peasant who lived up in the mountains on a narrow road. One day, he saw a carload of carabinieri military police driving backwards up the mountain. Why are you driving backwards? he asked.Because were not sure well be able to turn around up ahead.Later, the peasant saw the carabinieri driving backwards down the mountain. How come youre still driving backwards? the peasant asked. Well, the driver replied, We found a place to turn around. Understanding another countrys sense of humour is arguably the ultimate test of your grasp of its culture. Many Italians love to entertain other people, to make them laugh, and they are at least as good at spontaneous wit as their British or American counterparts. When it comes to Italian jokes, carabinieri is a key word. Carabinieri jokes are less different from British and American ones than they might appear at first glance. But what distinguishes carabinieri jokes from ethnic, racial, or sexist jokes is the fact that they are not considered politically incorrect. Even though they rely on the stereotypical carabinieris lack of intelligence, they are not perceived, even by the corps itself, as offensive. In fact, Italys military police even feature carabinieri jokes on their own official website. Were the subject of fun and we intend to stay that way, affirmed a Carabinieri Colonel when asked whether he minded being the butt of everyones jokes. But fun aside, we also intend to remain one of the pillars of Italian democracy.In Italy, two coordinated police forces coexist and cooperate with each other: the polizia di stato, or state police, which operate under the Ministry of The Interior and the carabinieri, a military corps with civilian police duties which are part of the Ministry of Defence. The corps was founded by the King of Sardinia, Vittorio Emanule I, on July 13, 1814, even before Italys unification. It owes its name to the gun origi-nally used by its members, namely the carbine. There are similar forces in other parts of Europe, Frances Gendarmerie and Spains Guardia Civil are two prominent examples. A European Gendarmerie based in Italy is currently being formed.Italian literature, cinema and TV series bear testimony to the close link between the history of Italy and the history of the Carabinieri. Nineteenth-century Sicilian novelist Giovanni Verga, for example, underlined the clash between southern Italys clan-based culture and the modern justice system. I dont need those with the plume; I can look after my own affairs, says one of Vergas characters who decides to take justice into his own hands. The hat plume is still part of the carbinieris ceremonial uniform.The recently introduced Community carabiniere Service, a patrolling service provided by individual officers in urban areas, was created to establish stronger ties between the carabinieri and city residents in order to stimulate crime prevention at the local level. Not surprisingly, this innovative service has not passed unnoticed. In this new initiative, the community carabiniere is alone on his rounds, which debunks the popular myth that carabinieri always patrol in pairs because of their partial but complementary literacy skills.   The stereotype that carabinieri lack brains may stem from the fact that most officers traditionally come from the south of Italy, an underdeveloped area of the country where the armed forces are one of the primary sources of employment. Age-old regional prejudice dies hard, and some people from other regions of Italy continue to look down on them. But, even though Italians delight in poking fun at them, most are also proud of their military police force. Citizens appreciate their work, their professionalism, their integrity, their generosity, and their presence in every part of the countryeven in the smallest village.The carabinieri have distinguished themselves in countless missions in Italy and around the world, and the jokes made at their expense do not bring into question their bravery, their loyalty, or their achievements. One of Italys most famous World War II heroes, in fact, was a 23-year old carabiniere by the name of Salvo DAcquisto.  DAcquisto, who was shot by German troops after declaring himself responsible for the murder of a German soldier,  saved the lives of 22 Italian civilians who were to be executed in retaliation for the murder.More recently, Iraqi suicide bomb attacks in 2003, which killed 15 members of the corps, and the nationwide surge of solidarity that followed last Aprils attack, proved how popular and well-loved the corps are. 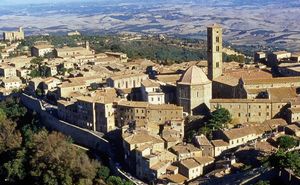 Back to the past,

Imagine a place inhabited since the Stone Age, the site of an ancient Etruscan metropolis whose population exceeded 25,000 people hundreds of years before Christ set foot on the earth. Conquered by the Romans, the Lombards, the Franks, and the Florentines, this is a town which inspired Dante, Boccaccio

Legacy of a torchured genius

This spring’s Modigliani exhibition at the Museo Vittoriano in Rome is a once-in-a-lifetime opportunity no art lover can afford to miss. About 100 works by the celebrated Italian painter and sculptor are on display, including oil paintings, water colours, drawings and one sculpture. This year 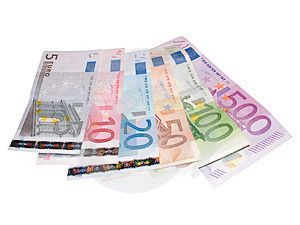 How to Succeed in Business while really trying

Tired of your boss’s constant nagging, hopeless mental capacity and unbearably bad breath?  Have you got a brilliant business idea plus some time and money to spare? Then you can become your own boss, especially in Italy. Because Italy is the land of the small and medium-