The Mediterranean Diet and the Italian paradox

The number one killer of Italians is heart disease. Also on the increase is the disturbing prevalence of eating disorders and obesity in children and young adults. These sad facts were recently shared at a conference on the Mediterranean Diet: Fact or Fiction, held in Florence at the New York

The number one killer of Italians is heart disease. Also on the increase is the disturbing prevalence of eating disorders and obesity in children and young adults. These sad facts were recently shared at a conference on the Mediterranean Diet: Fact or Fiction, held in Florence at the New York University La Pietra campus. Hosted in conjunction with the James Beard Foundation, the conference brought together a diverse group of primarily Italian health and food professionals who addressed a small North American audience of nutritionists and food indus-try professionals about the startling impact of globalization on what once was touted as an ‘ideal’ lifestyle diet.Interest in the diets of the Mediterranean populations (the olive growing areas of Europe) derives from their evident health benefits.  The original premise of a beneficial diet was first highlighted by the 1940s nutritional study funded by the Rockefeller Foundation on the island of Crete.   The study was mandated to examine and identify the post-war nutritional needs of Europe’s underdeveloped areas. The extensive and well-run study revealed a population, though poor, in relatively good health.  In fact, these peasants had little to no history of heart dis-ease or other health ailments. Their diet consisted primarily of carbohydrates, beans, seasonal vegetables, fresh fruit, extensive use of olive oil and a glass of red wine at every meal – a diet the researchers found to be nutritionally balanced.  In the late 1950s, similar dietary findings were further underlined by the respected American scholar Dr Ancel Keys. While vacationing in southern Italy, Keys recognized the health bene-fits of a diet consisting of frugal meals based on cereals, vegetables and olive oil with small amounts of fish and animal protein.  Other modern investigators have continued to explore the merits of a ‘Mediterranean diet,’ resulting in a prototype of dietary patterns that not only promote good health but are also exceptionally palatable.  Media and diet gurus were quick to flaunt the banner of this ‘marketable’ diet. Specific tenets of the diet or its contextual factors were never seriously addressed, resulting in a myriad of misinformation and fad-like approaches to a quick fix health diet versus a traditional life style culture. To date there remains confusion around an identifiable ‘Mediterranean diet’ supported by valid, quantifiable research.  The purpose of the conference was not to address these disconnects, but instead to explore the impact worldwide trends of dietary uniformity  have had on dietary traditions.  What roles have government, politics, food industry, economics and media had on the evolving Italian diet as it relates to the Mediterranean Diet?Globally speaking, Italy has a recognizable and marketable ‘brand’ diet consisting of spaghetti, olive oil, wine and pizza. For many, this is a regrettable icon not truthfully representing the varied and rich cuisine integral to the history and culture of Italy’s diverse regions. The extensive and often misconstrued promotion surrounding the Mediterranean Diet has contributed to this narrow view and has even disturbed long histories of local traditional diets. Today Italian cultural perspectives are similar to American ones because fitness, leanness, dieting and control of body shape and weight are the norm. The successful marketing strategies of the high carbohydrate Mediterranean diet have been incorporated into local cuisines under an unfortunate misconception: eat anything as long as you also eat bread, spaghetti, lots of olive oil, and a glass of red wine.   Lifestyle changes and the economics of mass production are also factors changing diets across the world, and Italy is no exception. Italian youth are eating differently than their parents choosing more occidental diets alongside fast food approaches to traditional favorites. Organizations such as Slow Food are a reaction to the growing fast-food mentality permeating a country where food was integral to lifestyle and not considered solely necessity. Diet is not what you eat but how and when you eat, bringing to the forefront issues of culture and identity in approaches to food production, ingestion and taste. The marketing of ‘La Dolce Vita’ has had enormous impact on the production and ability to maintain quality and nutritional benefits of a Mediterranean based diet. However, as one presenter remarked, in contrast to the French Para-dox, which examined how the indulgent French diet could produce favorable health outcomes, the studies of the Mediterranean diet has had the reverse effect in Italy. A diet marketed as both healthful and beneficial has negatively impacted the eating patterns of Italians – ‘this,’ she exclaimed sadly, ‘is the Italian Paradox.’ 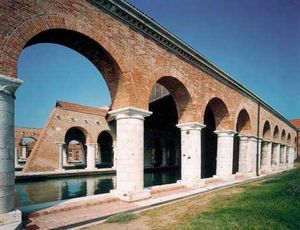 Touch me, feel me

‘Think with the senses; feel with the mind’, the catch phrase for the 52nd Venice Biennale international art exhibition, continues the 110-year tradition of bearing witness to the latest movements ... 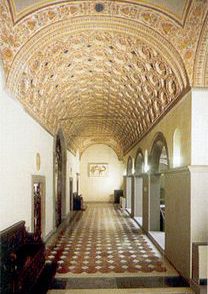 Florence has more than its fair share of palazzi. These once opulent residences of the wealthy and noble have been transformed to accommodate the evolving needs of a crowded destination city and now serve as museums, offices, rental apartments, hotels  and retail spaces.  Expensive to maintain and renovate 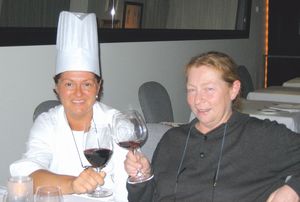 Behind every great meal, there is a woman

Women chefs are an anomaly in Italy, and for that matter, in most of Europe. In North America more and more women are stirring the pot in this male dominated industry, but here in Italy, the domain of the professional kitchen still remains an impenetrable bastion for women despite the