The whys behind the wedding

What is it about Italy that lures celebrities to its shores to tie the knot? Are there no palaces elsewhere? Is Italy the only country that so willingly opens its villa doors to starry-eyed brides and their gallant grooms fixing for a bit of white wedding spice? In the

What is it about Italy that lures celebrities to its shores to tie the knot? Are there no palaces elsewhere? Is Italy the only country that so willingly opens its villa doors to starry-eyed brides and their gallant grooms fixing for a bit of white wedding spice? In the most recent example of Italy-wedding mania, Giorgio Armani’s Lake Bracciano villa provided the ‘down the aisle’ back-drop for the Cruise couple. And Keira Knightly is rumored to be next in line for her upcoming marriage to Pride and Prejudice co-star Rupert Friend. But statistics show that not only the stars are up for populating the Italian firmament. The ‘common people’ are coming too, from all cor-ners of the globe, seeking their own ultra-romantic dream wedding.

‘Why do you think Italy has become such a popular wedding destination?’ I recently asked Luciana Morgera, founder of The Wedding Planner in Tuscany, a locally-based company that orga-nizes an average of 20 hight-end weddings a year.

For Luciana, it’s very much a question of cinema. ‘The media has played a huge part in giving Italy a prominent role in the collective imagination,’ she told me. ‘Films like Io ballo da sola, The English Patient, A Room with a View, Under the Tuscan Sun—even Tea with Mussolini—have all contributed to making Italy “the place to be.” Celebrities who have chosen to live or vacation here in recent years have also increased the Italian wedding craze. Tom Cruise chose Italy just a few weeks ago. Clooney did a lot for Lake Como in this sense. But Tuscany is still the favorite wed-ding location. And, objectively speaking, Tuscany is beautiful. It’s easy to understand why people would want to come here—I say that and I’m not Tuscan born. Also, in a funny sort of way, get-ting married abroad is sometimes easier than getting married at home.’

The idea that it might be ‘easier’ to get married in Italy as opposed to other places struck me as odd. I can easily accept that an Italian wedding might be nicer; Italians may not have the capacity to turn things to gold but they certainly have the Midas touch when it comes to making things beautiful. And admittedly, strolling among the twinkling lights or an Italian botanical garden does capture my fancy. But how Luciana could say that getting married in Italy is easier, stumped me. But then, I am someone who lives here and has trouble going to the bank and the dry cleaner’s on the same day. In my mind, facing the challenges of married life seems a cinch when com-pared to conquering the quirks of an Italy-based wedding. When I told her this, Luciana laughed.

‘What I mean is, if you get married far from home, you are allowed to invite only the people who really matter. It’s easier in the sense, that there are fewer “at home” obligations. But it’s true in Italy, for weddings and every day, there are always many imprevisti,’ Luciana continued. ‘Life is full of unexpected events. You say ‘Murphy’s Law’ in English. This is true, and that’s why I con-sider my role very useful. Say you want to get married in a villa. You ask the curator if there are enough electrical outlets for an outdoor wedding and they tell you “of course.” What they don’t say is that the villa is only equipped to consume two and a half kilowatts of energy at a time. If you try to light up the garden, listen to music and refrigerate the mini bar all at once, you’ll end up blowing the fuses and be forced to turn your wedding into a medieval banquet by candle-light. A wedding planner knows to call the electric company three months in advance and request higher voltage capacity for the day. We keep you from dining in the dark, you could say.’

‘Do Italians ever trust themselves to your services?’ I wanted to know.

‘We just had our first Italian couple from Brescia, but no Florentine thus far,’ she said. ‘Generally speaking, I’d say that Italians are not quite ready to accept the profession of the wedding planner. In Italy, people are much more prone to use someone they know rather than hire a profes-sional. It’s part of the mentality. There is always a cousin of their sister’s friend who wants to sing in church, or the mother who insists on making the wedding favors herself. In theory, Ital-ians prefer the group effort idea no matter how stressed the bride becomes by her wedding day. Essentially, Italians are suspicious. They think we want to burn their moneyand see us as outsiders who want to take advantage of them. It is not the same in other countries; Americans, for example, are different that way. They really have faith in you, once they’ve accepted that you’re a professional.’

‘What does it mean to be a professional wedding planner?’

‘A wedding planner is a psychologist with good taste, who knows the rules of the game and can help you play it,’ Luciana told me.

So tune up the violins. Line up the potted lemon trees. Strings the lights along the garden laby-rinth. There’s no arguing it. Italy loves to lure those who are dying to say ‘I do.’

‘Eureka!’ The treasure miners accidentally found in Monsummano wasn’t gold. The natural ‘gem’ discovered more than a hundred years ago on Giusti family property was much bigger and more unique. ...

Hills and heavens of Mugello

‘Many a dream has been disclosed this summer! Morning conversations are about painting, against the backdrop of Rilke’s letters on Cézanne as lunch is eaten in the shade, sheltered from ... 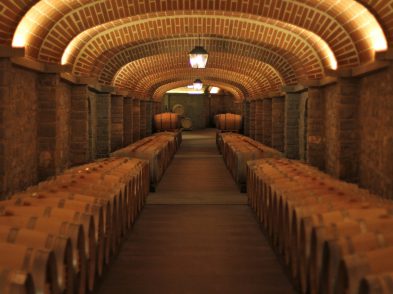 At the source of the Arno River lies Il Borro, a striking medieval hamlet whose origins stretch back more than a thousand years, when the area was once dominated by a fortified castle. Named for its deep yellow gorges, or borri, the region was originally inhabited by the Etruscans and