Head for the hills,

Tuscany’s restful green hills aren’t just for admiring from afar. The Chianti region isn’t just for wine-tasting. Hard as it may be to believe when you’re in Florence, even the little-known hill towns of Chianti are culturally rich, in ways 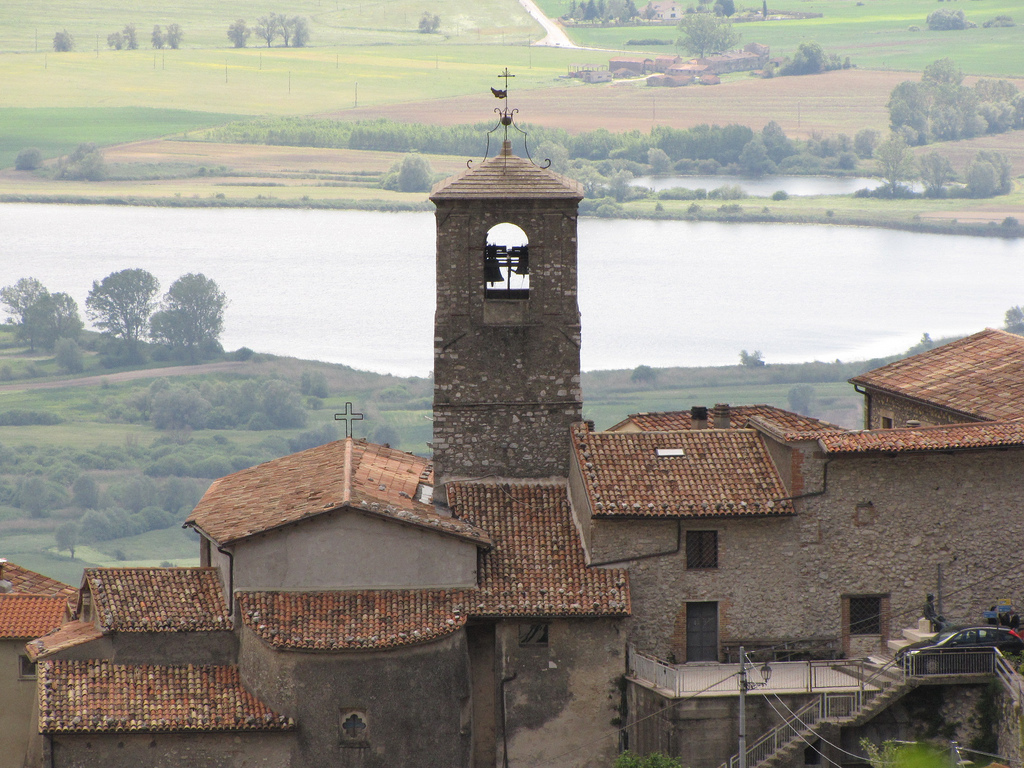 Tuscany’s restful green hills aren’t just for admiring from afar. The Chianti region isn’t just for wine-tasting. Hard as it may be to believe when you’re in Florence, even the little known hill towns of Chianti are culturally rich, in ways different from and complementary to the riches of the city. Cases in point: Tavarnelle Val di Pesa and San Donato in Poggio. They’re less than an hour by car from Florence and just five miles apart.

Tavarnelle is named after the taverns that in ancient times catered to travelers on the road between Florence and Siena; but today it’s a higher-minded place. The pride of the town is the Museo di Arte Sacra–a treasure trove of art and liturgical artifacts from nearby parish churches, including the adjacent, touchingly simple Romanesque church of San Pietro in Bossolo. The contents of the museum’s first room alone would give a scholar more than enough material for a treatise on the depiction of the Madonna in painting from the 13th century through the Renaissance. Being a more trivial person, I was taken by the trompe l’oeil painting on the ceiling, crown molding, and lintels, which simulated the decorative stonework destroyed in World War II. And if I were to write a treatise, it would be on the enormous reliquary-cupboard in the last room, and the way it prefigures the strange and beautiful boxes of the 20th-century American artist Joseph Cornell.

On the ground floor of the museum building is an exhibit of local craftwork, past and present. The day I visited, a cheery old fellow in a red vest sat making a basket from slender green olive branches and a local reed-like plant whose name I didn’t catch. A dignified woman sporting a white crew cut showed off samples of Tavarnelle embroidery and lace, including a pair of Ferragamo shoes with black-lace uppers. Today, local artisans also work in ceramics, wrought iron, gilt and restoration, and high-end modern papermaking. If you like what you see here, you can shop for it in town. Just pick up the free ‘Chianti Handcrafts’ brochure, which includes artisans’ addresses.

A short, scenic drive east across the Firenze-Siena superstrada will bring you to San Donato in Poggio. First stop is on the outskirts: the 1,000-year-old parish church, adjacent to an olive grove. (On my visit, the church’s crenellated tower would have been picture-perfect if it weren’t for the construction crane looming behind it.) Inside, a small chapel houses a baptismal font by Giovanni della Robbia. Its exquisitely detailed, multicolored reliefs, depicting the life of Saint John the Baptist, work as an antidote to any images of mediocre della Robbia reproductions that may linger in your mind.

In town, you’ll find a restored 13th-century district, as neat and clean as if it had been built just a few years ago. The effect is strange. On the one hand, it’s an opportunity to experience medieval architecture as if it were the latest thing. On the other hand, no sooner have you traveled back in time eight centuries than a rainbow-hued ‘pace’ flag, a few metal garage doors, and a streetside ATM spoil the illusion. This is not a re-creation but a living neighborhood, where children laugh and play and draw in chalk on the cobblestones underfoot.

In the heart of the district is the tiny Museo Emilio Ferrari of cultura contadina (country life). The contents of its two rooms render tangible what living in small-town Tuscany was like in centuries past. Neatly arrayed and labeled are old viticulture equipment, stoppered medicine bottles with beautifully hand-lettered labels, baskets, saws, pincers, scythes, pitchforks, yokes, horseshoes, flat irons, a horse-drawn carriage, saddles, boots, buckets, barrels, ladles, toasters for use in the fireplace, a perforated chestnut-roasting pan—all the objects of everyday life.

I was able to see the sights I’ve described here in one morning, because they were stops on an ‘Artisans in Chianti’ tour sponsored by the Florentine Chamber of Commerce and run by Machiavelli Viaggi, of San Casciano. Unfortunately, the season for the tours ended in November and it isn’t yet known whether they’ll be repeated in the spring. (Let’s hope so.)

For information on wine tasting nearby, visit www.chianticlassico.com.

For information on other places of interest, ask at an Agenzia per il Turismo (APT) office in Florence before you go. info@aptfirenze.it

Barbara Wallraff has written about travel for The Atlantic Monthly, The New York Times, Guest Informant, and Vogue.