Bartolomeo Concini is reporting to his master, Cosimo I de Medici, from the Florentine military camp outside the besieged city of Siena on April 6, 1554:

Messer Giulio de’ Ricasoli has written to tell me that last night he received information from an old Florentine woman who is living in Siena in the house of a young prostitute who is the sister of the old woman’s son-in-law. The prostitute, in the course of an affair with a French engineer, has learnt that our enemies are digging a tunnel from their citadel to the cellar of our fortress which is our munitions store. She has learnt that the work is well underway and that very soon they would play a trick on us and we would find our artillery destroyed [] nobody believes the account of the tunnel since our fortress is so much higher than their citadel and nobody inside Siena knows anything about it. [] Messer Giulio has sent the old woman home after promising her a reward if she can obtain the plan of the tunnel which she claims to have seen. The prostitute will be here shortly to tell us what she knows. It is possible that the engineer was just boasting in the typical French way to make it seem that he was doing something great []

The war against Siena had reached a critical stage in April 1554. The Medicean Secretary Bartolomeo Concini (1507–1578) had been reporting regularly from the Florentine camp to Duke Cosimo I de’ Medici (1519–1574) on the progress of the siege. The Florentines had the support of the Imperial troops of the Emperor Charles V while the defending Sienese were supported by the French.

Concini’s daily reports provide a detailed picture of the political and military situation. As well as information on troop movements, fortification construction, arms, munitions and supplies the letters reveal the brave resistance of the Senese. We also learn of the pitiless repression of the Florentine army. It was vital for the Florentines to know as much as possible about the morale of the besieged citizens of Siena. Anyone with first-hand knowledge of the Sienese food and munitions supply was questioned rigorously. The Florentines were impatient to hear that the resolve of their enemies was weakening.

Giulio di Antonio Ricasoli (1520–1570) was an intelligence agent attempting to gather accurate and precise information on conditions inside Siena. Although Ricasoli doubted the truth of the information acquired from the young prostitute, he encouraged his informants to steal plans of the tunnel and to pass on information learnt from the talkative and boastful French military engineer. Ricasoli sounds like a modern intelligence officer: sceptical yet determined to learn as much as possible for his pay-master Duke Cosimo.

Unfortunately we do not know the conclusion of this unusual and dramatic espionage tale. We cannot learn from the archive documents whether the claims of the French engineer were merely the empty boasts of a man trying to impress a beautiful girl or careless talk about a closely guarded military secret. What we do know is that the city of Siena surrendered to the besieging Florentine army in 1555 and that the Tuscan town lost its independence and would never again challenge Florence.

The Medici Archive is a virtually intact diplomatic record of one the most prestigious ruling families of the Italian Renaissance. Covering over two centuries of correspondence, the three million letters are held in 6,429 bound volumes originally filed by the family’s bureaucrats. The Medici Archive Project, a non-profit organization, is creating worldwide public access to the historical data in the Medici Granducal Archive by way of a fully searchable online database. This priceless treasure provides an insider’s day-to-day log of the activities of princes, courtiers, agents and advisors. 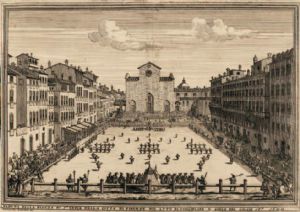 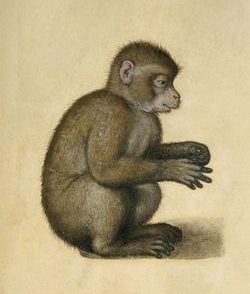