Forget about straight A’s, reference letters, academic publications and professional experience. If you want to teach at an Italian university the most important asset is your family tree. Unless you are the child, a relative, or at least the protégé of a university professor, your chances of getting the job are quite slim. At least that’s what university professor Quirino Paris believes.

Originally from the northern Italian city of Trieste, University of California professor Paris developed a statistical model to prove that academics at Italy‘s 77 universities have adopted illegal or unethical methods ‘to give privileged collaborators and family members an unjust advantage in their academic career’.

‘Every university department is a restricted caste, an ivory tower with its own rules, impermeable and very diffident’, says a Florence high-school teacher who prefers to remain anonymous. This could explain why nepotism and favouritism are a common, long-standing practice in Italian academia.

The teacher, who completed a research doctorate at the University of Genoa in 2000, says that the children and relatives of his professors have managed to pursue careers in his field, although not all of them had better academic merits than his.

‘My only “defect” is that I am not the child of a professor’, he jokes.

Upon the release of Paris’s study in 2005, angry Italian academics and graduate students joined forces to expose all the possible cases of unjust hiring procedures by the so-called baroni (barons) through online forums and report them to justice authorities. As a result, prosecutors launched investigations to verify whether the countless cases of kinship among faculty members at the same institutions are the consequence of rigged hiring procedures. The procedure to fill vacancies in Italy’s public sector, including universities, is called a concorso, and is regulated by the government.

Paris’s article claims that whenever there is an opening for a faculty position at the university, one of the local deans, or even the president, chooses the person to be hired. This choice is not based on merit or experience, but rather on convenience. In fact, the position often goes to their own children, relatives or favourite students. Meanwhile, a notice of the concorso is published in the official outlets, and a selection committee is formed among professors of that discipline. However, all members of the committee are informed ahead of time about which  candidate that the barone wants to hire, so they act accordingly.

It is difficult to understand how long this practice has been going on. However, what has allowed it to survive is arguably this ‘caste system’ itself, which has prevented any external influences from upsetting the power structure of many academic departments. When everyone is either a mastermind or a player in the same scheme, denouncing the system may result in self-destruction.

From northern borders to the shores of Sicily, the instances of kinship among academics abound. A notorious example is the faculty of economics at the University of Bari, where Massari is the last name of eight faculty members. Other familiar last names among academics at this university are Dell’Atti and Girone, both linked to former university president Giovanni Girone.

This nationwide plague of nepotism has not spared major universities, such as La Sapienza in Rome, which is home to nearly 140,000 students. Here the authorities are investigating whether the university’s president Augusto Guarini has used his influential position to facilitate his daughter Maria Rosaria’s academic career as a professor of property valuation.

Florence University’s president Augusto Marinelli is also being in-vestigated for the role he might have played in his son’s academic career. Marinelli’s son Nicola obtained a research position in the faculty of medical studies in Florence in 2002, before he even completed graduate school.

Meanwhile the websites about academic corruption and nepotism have flourished. Some of their names are Concorsopoli, Ateneo Pulito, Ateneo Palermitano and Malauniversitas.

The government has also acknowledged the need to eliminate this widespread phenomenon. In an attempt to introduce more ethical and transparent hiring procedures, the minister of Universities and Research, Fabio Mussi, has modified the law on university recruitment. The new regulations have yet to be approved by the Parliament, but they have already been criticized by faculty representatives who deem them defective and inadequate. 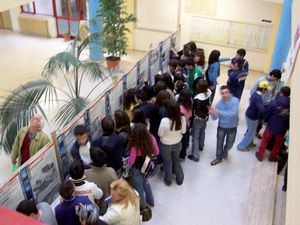 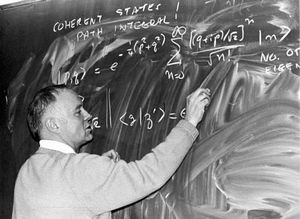 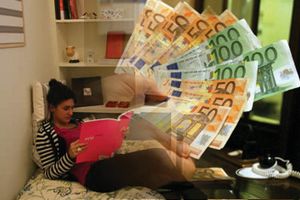