Since I have come across a secret of no small importance, considering the times we live in today, especially in use against the Turkish cavalry, I have judged it worthy of Your Majesty. (Archivio di Stato in Florence, Mediceo del Principato 238, fol. 65 – Florence, 25 February 1572)

With these words, Grand Duke Cosimo I de’ Medici began his letter, dated 23 February 1572, to Philip II of Habsburg, King of Spain. He expressed his willingness to send to the king’s half-brother, Don John of Austria, some specimens of a new type of light artillery piece. Don John was the captain general of the joint naval and land forces of the anti-Turkish Holy League (composed of all the major Christian naval powers with the exception of France).

Less than a year before, the fleet of the Holy League under the command of Don John-which included a strong contingent of Florentine galleys-had inflicted a crushing defeat on the Turkish fleet at the Curzolaris Islands on 7 October 1571. This engagement, better known as the Battle of Lepanto, had marked the climax of the long struggle between Muslim and Christian naval powers in the Mediterranean Sea in the sixteenth century. In 1572 the members of the League were considering taking advantage of the temporary eclipse of Ottoman naval might.

However, in the era of galley warfare, any relevant expeditionary force that the League’s fleet could land in Ottoman territory would have had to be composed mostly of infantry and, most importantly, to face the numerous and fearsome Turkish cavalry without adequate support from mounted troops. Cosimo’s secret weapon ‘of which I have already had the opportunity to observe, and I find it most useful’ was probably a rather powerful and versatile version of the already well-known ‘organ gun’.

This was a type of weapon composed of variable numbers of small-calibre barrels mounted on a single frame, which was generally utilized in support of the infantry. It’s inventor was Giuseppe Bono, a Sicilian pyrotechnist and designer of new types of firearms. He is best known today as the inventor of an early submarine bell. As revealed by other documents, Bono had assembled his weapon with the help of other top-level ‘technicians’ in the Grand Ducal service, such as the master arquebus-maker Nicodemo da Brescia and engineer Antonio Lupicini.

Cosimo I described the multi-barreled weapon designed by Bono as a ‘piece of artillery weighing 500 pounds [equivalent to about 170 kilos, a Florentine pound being equal to about 339.5 grams] and no more, which shoots 7 musket shots and in addition 105 arquebus shots weighing one ounce [one Florentine ounce being about 28.2 grams]; it is carried in a cart that can be drawn by a horse’.

Furthermore, when need arose Bono’s creation could be somehow elevated and fired upon the enemy from inside the massed squadrons of the pike-and-shot infantry. Cosimo I pointed out that the impressive (for that period) volume of fire that could be provided by this multi-barrel weapon could prove very useful against the enemy cavalry.

To understand its potential, one has to think that by the 1570s the rate of fire of arquebusiers and musketeers, equipped largely with smoothbore, muzzle-loading weapons with matchlock firing mechanisms, was very low.

Furthermore, in the open field they were forced to operate along with pikemen formations that, thanks to their long weapons, protected them from the enemy as they slowly reloaded their weapons. The type of firing mechanism in Bono’s weapon is unknown: unfortunately, no design of it of it has turned up.

Nevertheless, Cosimo I wrote that he had ‘gathered several samples [of these secret weapons], but not many, and when Your Majesty commands me […] I will send them to Signor Don John of Austria’.

Philip II’s answer to Cosimo I’s proposal must have been positive since by mid-May of the same year the Grand Duke had already sent 12 of the pieces of artillery designed by Bono, along with their inventor himself.

However, as far as we know, none of Bono’s pieces of artillery would see the type of action hypothesized by Cosimo I. Due to the divergent political and strategic aims of its main members, Venice and Spain, and the strategic and logistic limitations of Mediterranean galley warfare, in 1572 the Holy League was unable to take a major military initiative and was dissolved in the course of the following year. 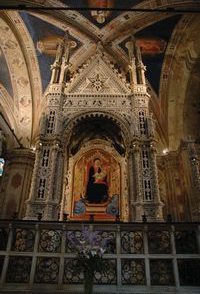 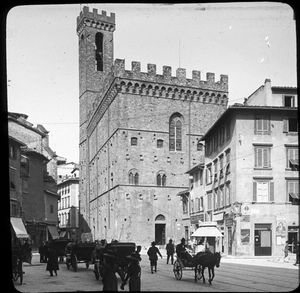 One Tunisian cow Six straw hats Seven pounds of sausages One illustrated book on the excellence of women One short harquebus to go with the longer, more common models A ...