Get in touch with your roots

Times are hard. Many people are feeling the pinch right now. One of our favourite money-saving tips comes to us second-hand from a friend who met a very well-travelled gentleman while having a coffee in London; despite working for only two days a week, the man nonetheless

Times are hard. Many people are feeling the pinch right now. One of our favourite money-saving tips comes to us second-hand from a friend who met a very well-travelled gentleman while having a coffee in London; despite working for only two days a week, the man nonetheless managed to spend much of his year taking holidays and enjoying himself in nice restaurants. His advice? Simply eat one potato a day, nothing more, nothing less.

This might be taking it to ex-tremes that not many of us are willing to explore. However, the point stands that at this time of the year, root vegetables are a cheap, nutritious and filling option: you can make them part of your daily menu without sacrificing any goodness or flavour.

You may think you are working from a limited palette; this needn’t be the case. For example, rather than filling your basket with kilogram after kilogram of potatoes when you’re next wandering around the market, think about finding the flavours that comprise a simple soffritto and work up from there. The base of a northern Italian soffritto (known elsewhere in Europe as a sofrito or mirepoix) usually consists of carrots, onion and celery. However, in many recipes, parsnip replaces the carrot and celeriac or root celery substitutes for the celery.

Working along these lines, you have a basis for a very robust and strong-flavoured baked dish. Peel parsnips, potatoes and celeriac; slice them very thin and parboil in milk; drain and press into a dish with cream, finely diced onions, salt and pepper; and then bake in an oven for 30-40 minutes, until the top layer has formed a golden-brown crust and the remaining layers are meltingly soft and creamy: you’ve just made a great accompaniment for meat dishes with an oven-roasted or confit tomato and a rich red wine sauce.

Often neglected, parsnips and celeriac are also good roasted (but go easy on the parsnips, as the flavour tends to dominate a dish and can come across as a little soapy), but not as good as carrots, which take home the prize for being the nicest roasted vegetables on the planet. Heating a little oil and adding finely chopped or ground rosemary and honey makes a nice liquid glaze that can be added about 10 minutes before the end of cooking to avoid burning.

If you can find whole, uncooked beetroots (barbabietole), try roasting them with salt, pepper and olive oil. They don’t need to be cooked for very long and when done take on a deep scarlet colour. They are quite sweet and make a surprisingly good accompaniment to fish dishes, especially oily, strong-flavoured fish such as salmon and mackerel.

Root vegetables produce delicious soups. Most can be roasted, boiled or used in stews with herbs, pearl barley and fattier, tougher cuts of meat (shoulder of lamb, skirt or feather blade of beef). And, of course, most root vegetables can be mashed. Mashed potato tends to be absent from many Tuscan menus, but when they do appear, rosemary, chives or hard cheese are often mixed in: winning combinations all. Cooking the potatoes whole, with the skin on, then peeling them and passing them through a ricer produces the best results. Additionally, the addition of other roots, such as the ever-popular celeriac, provides an interesting combination of flavours.

Our tip for mashed potato and celeriac is to add very finely diced onions-try shallots or cipolline-rock salt, and finely chopped parsley with a little milk and butter. Give this a good stir over a low heat and it’s ready to serve with osso buco, grilled meat, or oven-roasted fresh sausages. Alternatively, you can put mashed potatoes into a piping bag and create a top for baked fish or meat dishes.

Recipe of the fortnight: CARROT

The humble carrot. Orange, crunchy, cheap and sweet. In our opinion, it’s one of the most important vegetables that there is. Not only does it offer the basic elements of its mild, fresh flavour to sauces, stews, soups and roasted dishes, but its texture and the variety of types of carrot available make it useful as a garnish, salad ingredient, crudite or snack: it’s a remarkably versatile foodstuff.

The carrots you’ll find in the shops and markets right now might be a bit bigger, quite firm and mildly flavoured: a far cry from the tender, sweet baby carrots you may find from the middle of spring to the beginning of summer. Bigger carrots are best used as part of a mixed vegetable base for soups, stews and lentil dishes; grated, they bulk up a salad. You can also cook carrots in cream for a very rich flavour. Parboil them in salted water, then drain, add cream and reduce by a third: serve them in the sauce.

If you have a mandoline with julienne attachment, you can make tiny strips of carrot for decorating plates. Left raw (store in water to ensure freshness) a little stack of these on a salad looks and tastes good. Alternatively, fry them and salt well to sprinkle on cooked dishes, such as pasta in creamy sauces.

Serving a carrot with some of the juice it cooked in ensures that you experience the whole flavour of the vegetable: as suggested elsewhere on this page, this makes them perfect for soup. Selective breeding by many farmers has resulted in carrots that you won’t be able to tie a knot in after only three days in the fridge. And they help you see in the dark. What’s not to like?

Recipe of the fortnight: FRUGAL CARROT AND TOMATO SOUP

Salt and black pepper to taste

Cream and parsley to serve

Heat the olive oil in a deep saucepan; add the onion and some salt and pepper to taste. Cook until the onion starts to go golden brown: it should take on a little of this colour to give more flavour to the soup.

Add the carrots and stir until they start to brown at the edges. Now, add everything else but the cream and parsley, and cover the whole lot with water, about a litre.

Simmer this for 25 minutes, until all of the vegetables are very soft. Remove the bay leaf. Puree with a hand blender.

Pour into bowls, and sprinkle with parsley. Lightly trickle in some cream. Serve piping hot with wholegrain bread.

Matt OLeary won us over with his list of exciting ideas about food in Tuscanynow its his turn to win over our readers! 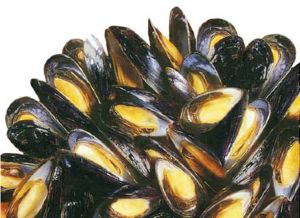 Please forgive the dreadful pun and console yourselves with the knowledge that it could have been worse if I'd have chosen a different seafood to write about this issue. (‘Prawn stars', ‘Whelk hello', or ‘A clam for all seasons', for example. Lucky escape, huh?) As it 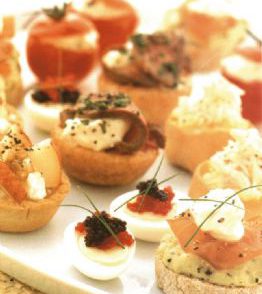 Eating big, hearty meals at this time of the year can seem like the last thing anyone wants to do: unless, of course, those big hearty meals are cooked outside and served in a bread roll. But, at the same time, all those salads can get a little bit boring 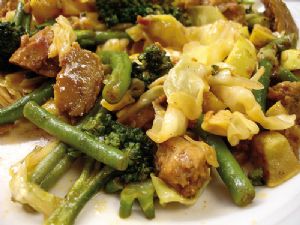 Eagle-eyed readers might have noticed that, of late, this column has revolved around two distinct themes: summer and the onset of good weather, and thrift. It's not through a lack of inspiration-I'd hate to give the impression that writing this column is as easy as gazing