Tina Turner and Janis Joplin performing together at Madison Square Garden: the image is forever captured, thanks to photographer Amalie R. Rothschild.

More than 20 years later, her photo of Turner and Joplin’s legendary performance was displayed in the music room of the White House during the Clinton administration, a gift from the president of the VH1 Music First cable network.

Her images from that intense period in rock music will now be on display in Florence. Photography by Amalie R. Rothschild: Eyewitness to the 60’s Rock Revolution, which opens in the Studio Arts Center International (SACI) Gallery on February 16, 2009, is a selection of Rothschild’s images taken at the Fillmore.

As she herself explains it, simply in the right place at the right time, Rothschild did not begin taking pictures with a specific concept in mind. But one day she received a pass to visit and knew she had to capture what was happening there. In reflecting on the experience Rothschild offers, ‘I was getting to know the music, I always had my cameras with me and there were no rules, so I started taking pictures. There was no such thing as a “rock photographer” in those days. If I knew then what I know now, I would have made an effort to systematically document every group and make sure I wrote down all the dates, etc. I would have worked harder. I would have shot the groups I didn’t like anyway.’

This is Rothschild’s second exhibition at the SACI gallery, and although a few of the photos were displayed here previously, this show has a different focus than the 2005 exhibit, and it includes eight images never before shown. ‘I don’t want to cater to the conventional rock-n-roll star celebrity photograph. I’m more interested in illuminating the reality of the period to reveal a bit of what our life was like then. I want to show the theater environment, the youth culture and the visual backdrop of the psychedelia, as the art of that time.’

Rothschild, who, since 1983 has been living and working in both Florence and New York,will lecture at SACI on February 17, 2009. She encourages aspiring artists and young people, ‘to be sure you are passionately in love with what you want to do. The way you know you are in the right profession is how many sacrifices you are willing to make. Don’t let people discourage you and never take no for an answer.’

Speaking of her work, Rothschild says, ‘I loved and still love the music of that time and I’m a documentary type of person. I think of my work as a kind of photojournalism, but my subjects are musicians.’

Laci Coppins began writing at the age of 12. She left a career in Tennessee to pursue a dream in Italy. Please do not wake her! 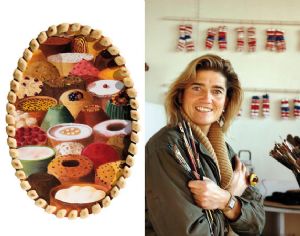 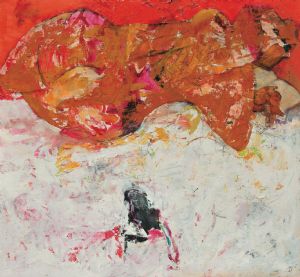