A bleak and hostile place

Living in Florence in summertime may not be easy but at least it's colourful and bright. A far cry, then, from the grim November setting of A Time of Mourning, Christobel Kent's latest novel, which opens on il giorno dei morti, the day of the dead, when Italians

Living in Florence in summertime may not be easy but at
least it’s colourful and bright. A far cry, then, from the grim November setting
of A Time of Mourning, Christobel Kent’s latest novel, which opens on il
giorno dei morti, the day of the dead, when Italians traditionally pay a
visit to the graves of their loved ones. Soon comes word of a new death: a
distinguished Florentine has committed suicide by drowning himself in the Arno. Even the weather colludes in a growing sense of
foreboding. The action takes place in the heaviest rains since the 1966 flood
and the Arno is a menacing protagonist, its
muddy waters swirling, churning, ever-rising.

A Time of Mourning, Kent’s third novel set in Florence, reintroduces
Sandro Cellini, who first made an appearance in A Florentine Revenge. Cellini, lifelong resident of the quartiere of Santa Croce, is a
disgraced policeman turned private eye who is endowed with the qualities we
have come to expect in fictional detectives: world-weary, taciturn, he is also
honest and principled. He is not immune to nagging self-doubt, or to rueful
reflections on his unglamorous lifestyle, so unlike the fast-living heroes of
Rex Stout and Raymond Chandler who dangle off the arms of gorgeous, long-legged
women. Cellini, though, is ably supported by his wife, Luisa, who dispatches
him to work with sound advice and a packed lunch of baccalà alla Livornese.

Cellini’s first client is the grieving widow of Claudio
Gentileschi, the holocaust survivor and eminent architect who has committed
suicide. As he investigates the man’s past for possible motives for his action,
Cellini becomes embroiled in the mysterious disappearance of Veronica, a
visiting art student from England.

As in her earlier Florentine
novels, A Party in San Niccolò, and A Florentine Revenge, Kent is unflinching in her description of Florence’s murky underbelly. Off-season and
away from the usual tourist haunts, the city is a much bleaker, more hostile
place. Cellini sets up his office in San Frediano, whose romantic reputation as
the ‘real’ Florence
is undermined by its unwholesome housing and dismal bars selling inedible food.
Windows overlook cluttered builders’ yards; playgrounds are muddy and neglected
and home to the city’s down-and-outs. Even the nearby Boboli gardens are gloomy
and sodden, abandoned by all but a colony of stray cats. Interiors are mostly
draughty, soulless places with clanking radiators and a dearth of daylight.

Kent’s novels fall into the increasingly popular genre of
crime combined with travel writing, offering the reader the double feast of a
mystery in a vividly portrayed setting. Kent
knows Florence
well and draws an intricate map of the city, signposting the way with street
names and landmarks. A Time of Mourning takes us from San Frediano to
San Niccolò, across the river to Santa Croce, Bellariva and the area of Piazza
d’Azeglio, and further afield to the residential areas north of the railway
line. Florentine readers will find themselves on familiar territory although a
map illustration might have been a useful addition for those less
well-acquainted with the city.

The novel is peopled by an array
of minor characters, some of whom are recognizable Florentine ‘types’: from the
handsome, southern-born Carabanieri to the embattled but kindly local residents
of the more down-at-the-heel quartieri. Here, as in her earlier novels,
Kent delights in bringing together the city’s resident population and its
frequently naive and reckless visitors, through whose eyes we get a rare
glimpse of the famous arches, spires and domes bathed in a kindlier, softer
light.

When Magdalen Nabb, San Frediano
resident and acknowledged doyenne of Florentine crime fiction, died suddenly
two years ago, she left a gap that Kent, currently working on her next
Sandro Cellini novel, seems destined to fill.

A Time of Mourning

Helen Glave lives in Florence and teaches English at the University of Siena.

It’s late afternoon on a sweltering summer Sunday and we are on a family mission to find Einstein’s grave. We have already driven down the hill and up again and ... 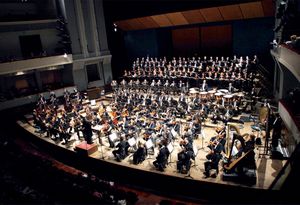 When Maggio Musicale chose ‘women' as its theme for the 71st season, opening April 26, the idea in mind was not the self-sacrificing consumptive heroines of classical Italian opera. Think of a much feistier sort of female: donne contro, women who go against the grain. Carmen, Joan of 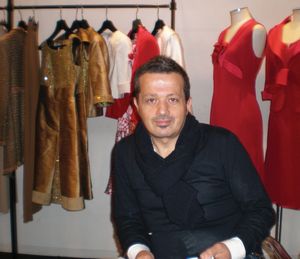 An Interview with Giorgio Vannini

Open Fodor's selective travel guide to Florence at the shopping section and you will find an entry urging you to visit Giorgio Vannini's showroom and take home a custom-made dress or suit. But the award-winning stylist needs no advertising. A graduate of the famed Marangoni Institute