If you’ve been living in (or
returning to) Florence
for a while, you may have noticed that stores here have a way of disappearing
practically overnight. One day you go out to get your carton of eggs where
you’ve always bought your eggs, and instead of the friendly local grocery
store, the space is now occupied by an Internet cafe. Or you quickly run out to
get the tomatoes you forgot that morning at the market, and you discover that
your neighbourhood greengrocer has suddenly metamorphosed into a scarf and tie
shop.

Believe it or not but Florence’s historic
centre used to be full of shops where you could buy the things necessary to
life, not just souvenirs for tourists. There were plenty of small general
grocery stores; there were plenty of greengrocers and delicatessens; there were
lots of stores where you could acquire TVs and radios, even fridges and washing
machines-right in the centre!

There were hardware stores that sold thousands of
wonderful things, like the tiniest nails and screws and hinges for the little
wooden boxes that Florentine craftsmen cover with paper or leather. Of course,
these stores also carried normal household hardware. Everything was sold loose,
by the piece or by weight; nothing was packaged in those wretched plastic
containers that just increase the price of the product and add to the garbage
that despoils the environment. The walls of hardware stores usually had small
drawers that ran from floor to ceiling, and each of these drawers hid some
beautifully crafted thing. Brass hooks in all sizes, knobs, handles: you name
it, they had it.

The furnishing of at least one such hardware stores survives, although the business is
no longer the same. But it is worthwhile peering into the window of via
Condotta 12/R just to see what such an emporium used to look like. There is
another old, traditional hardware store in via Pucci, right across from Palazzo
Pucci. Go and look at it, quick. By tomorrow it may be a 99-cent store. If it
isn’t already gone.

Newcomers to Florence
probably won’t notice that there is a certain monotony to the postcards offered
for sale. Years ago you used to be able to get postcards (cheap) of almost any
object in any museum or of any monument in Florence. The bookstores in via Ricasoli had
an enormous selection. Slowly but surely the postcards have been reduced to a
handful of motifs, some in very bad taste, some boringly repetitious, and some
extremely beautiful. But where are you going to find a postcard of that amazing
little casket you saw in the Bargello, or of the portrait by someone whose name
you can’t remember but which looks just like your uncle Henry when he was
young? Your last hope now is to go to the newspaper kiosk at the northwest
corner of Piazza Signoria and peruse the postcard stand, the one on the west side
(the rest of the kiosk is full of gimmicky souvenirs). This kiosk is the only
place left in Florence
where you might, if you are extremely lucky, find what you are looking for.
That is, if it too, hasn’t folded its tent and departed. 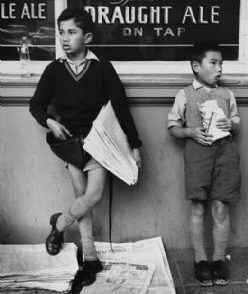 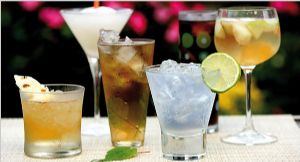