The intense heat of summer is over and with it, the excuse to spend days confined to the perimeters of a beach towel. Now's the time to indulge the senses in Florence and Tuscany's innovative and plentiful art scene. Be at the forefront of the action and get

The intense heat of summer is over and with it, the excuse to spend days confined to the perimeters of a beach towel. Now’s the time to indulge the senses in Florence and Tuscany’s innovative and plentiful art scene. Be at the forefront of the action and get the following dates in your diary, pronto. Here is a selection of exhibits that you can’t miss this autumn.

For the more intrepid culture lover or those who want to pick up the pace after a lazy August, don’t miss the opportunity to venture further afield and enjoy a wealth of Tuscan art in-situ. Until the end of October, the floor of Siena’s duomo illustrates mosaic artistry at its best. Its impressive mosaic series consists of 56 scenes, spanning the fourteenth to the nineteenth centuries, and features significant contributions from such masters as Matteo di Giovanni, Sassetta, Pinturicchio and Domenica Beccafumi. Art lovers will want to prolong their stay to visit Siena’s Museum Complex of Santa Maria della Scala, which is hosting an interesting exhibition, The Life of Michelangelo, which presents an opportunity to learn more about the master’s personal life and professional relationship with Siena. Enjoy browsing through letters, poems and various documents at leisure. (Until November 14; daily, 10:30am to 7:30pm; see www.santamariadellascala.com.)

The Bargello showcases the first ever exhibition dedicated to Giovanfrancesco Rustici with the opening of Giovanfrancesco Rustici: The Baptistery’s Great Bronzes, Rustici and Leonardo. This exhibition not only reveals the highly anticipated group sculpture of three grandoise bronze figures, but celebrates an inspiring collaboration between the two masters. Rustici, who was under the patronage of Lorenzo de’ Medici, takes inspiration from the designs of Leonardo da Vinci to work up these imposing, yet deeply intricate bronzes. (Open daily from 8:15am to 2pm until January 11, 2010). For more information, see www.unannoadarte.it or www.uffizi.firenze.it/musei/bargello.)

From October 8 to January 2011, Pisa’s Palazzo Blu will host Joan Miro: I Miti del Mediterraneo (‘Joan Miro: The Myths of the Mediterranean’; Tuesday through Sunday, 10am to 7pm, www.palazzoblu.org). The exhibition celebrates the many facets of this widely influential painter, ceramist and sculptor, and underscores his pivotal role in some of the most significant artistic movements of the twentieth century. As October draws to a close, Pistoia’s Palazzo Fabroni presents an interesting overview of the contemporary relationship between art and Italy, a topic much thrashed about in the media. This exhibition is sure to get tongues wagging, so be a part of the debate and explore the views of various contemporary international artists as they have their say in A Trip to Italy: International Glimpses of Contemporary Italy (From October 31; Tuesday to Saturday, 10am to 4pm and Sundays, 12pm to 4pm.

Palazzo Strozzi is displaying an impressive group of 60 works from renowned sixteenth-century painter Bronzino in a landmark exhibition that has taken over four years to organize. The exhibition, Bronzino, Painter and Poet at the Medici Court, which features a number of loans from some of the world’s most influential museums, presents the works chronologically to illustrate this artist’s fascinating development (Daily, 9am to 8pm). To offer an exciting contrast, visit the Strozzina, Palazzo Strozzi’s underground space dedicated to contemporary art, which will be hosting Portraits of Power (Tuesday through Sunday, 11am to 8:30pm). And if that isn’t enough to satiate your appetite for culture, visitors to the internal courtyard will also enjoy another exciting artistic venture: Michelangleo Pistoletto’s large reflecting cube installation. All three shows will be open until the end of January 2011, which allows plenty of opportunities for return visits. For more information, see www.fondazionepalazzostrozzi.it

For those who are intrigued by the stories behind the art work themselves, don’t miss the opportunity to take a behind-the-scenes look. Throughout October, artists will be lifting the lid on their trade secrets during a region-wide program of open studios. Participating Tuscan artists include Florence’s Giacomo Costa, Luciana Majoni, Ongakuaw a.k.a Andrea Ferrar, Olga Pavlenko and Robert Pettena; Prato’s Raffaele Di Vaia, Kinkaleri, Giovanni Ozzola, Stefano Tondo; Pistoia’s Andrea Lunardi and Addo Lodovico Trinci; Pisa’s Cristian Biasci, Ursula Ferrara, Andrea Santarlasci and Caterina Sbrana; Siena’s Francesco Carone, Bernado Giorgi, Eugenia Vanni. A great chance to meet the next Leonardo da Vinci in the comfort of his or her own workshop! See www.strozzina.org/open_studios for programme updates in late-September. 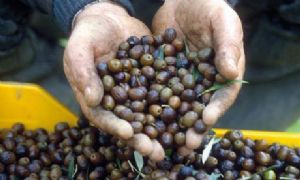 While some dream of a white Christmas (could this year be the year?), at this time of year the Italians look to the heavens for other reasons. Since late ...