The ‘angry
young men’ on exhibit at Palazzo Strozzi might just have easily been called the
‘troubled young men,’ for each had his share of eccentricities and issues. Mirò
often resorted to anorexia for inspiration. He would lie in bed for days,
without eating, sketching the shapes he saw forming on his ceiling while in a
starvation-induced state of delirium. He produced his most acclaimed
masterpiece, The Harlequin’s Carnival, by reaching such a hallucinatory state.
Dalì’s eccentricity is also well known. He once attended a New York costume
ball dressed as the Lindbergh baby and kidnapper. Towards the end of his life,
in a move that recalls Mirò, he dehydrated himself to a near-death state,
considered by many a suicide attempt but defended by the artist as a way to
enter into a ‘suspended state of animation.’ Picasso traded wives like stamps
and spent a significant portion of the money he made on prostitutes.

Centuries earlier, the Italian masters without
whose work Florence would just be another romantic Tuscan town were just as
eccentric, some even violent. A peek into their biographies reveals a quality
of instability seemingly inseparable from the quality of their art.

Countless strange myths surround Leonardo da Vinci,
ranging from his innovative sleep rhythms, his possible attention deficit
disorder, and practice of wearing pink and other vibrant colors to make him
look fresh. Among Giorgio Vasari’s anecdotes about da Vinci’s more erratic
behavior in Lives of the Artists: On the election of Leo X as pope, da Vinci traveled
to Rome as a guest in the Vatican. While there, he started playing a series of
pranks and practical jokes within the holy confines (luckily Leo X was a bit of
a joker himself so he probably appreciated this.) In addition to creating a
‘dragon’ using a live lizard, to which he attached glimmering wings made out of
dead lizard scales accented with quicksilver, a beard, horns and frightening
new eyes, ‘he tamed the creature, and keeping it in a box he used to show it to
his friends and frighten the life out of them.’ In the residential chambers of
the Vatican, he pulled another trick using dead animal parts. He took a
bullock’s intestines, cleaned them thoroughly from within so that only the
rubbery exterior remained: an intact, elastic empty tube. He tied one end to a
blacksmith’s bellows, then inflated the tubes to such an enormous size that the
person he had duped into watching his ‘experiment’ would be trapped in a corner
of the room by the balloons.

Piero di Cosimo’s works are well known as evidence of
his wild imagination. Yet Vasari describes the ‘strangeness of Piero’s mind,’
and how the artist, especially after the death of his father, would remain
sequestered in his room, not allowing servants to enter to clean, without
eating for hours until he could no longer resist, living ‘more like a brute
beast than a human being.’ Not only would he bore every person he met with
detailed ramblings on nature, he’d scare the remainder of prospective friends
away by stopping them in the street to observe the patterns of spit that
dripped down walls ‘at which sick people had for ages been aiming their
spittle, and there he described battles between horsemen, and the most
fantastic cities, and the most extensive landscapes ever seen.’

Michelangelo often confided in his friends and family
that he had stopped eating during a project, that his exhaustion had reached
insuperable heights, sentiments that manifested themselves in Michelangelo’s
sudden outbursts at both his apprentices and his unfinished works. He would
begin flogging and slamming his hands against the marble as if he expected to
elicit a response from the rock. A quick scan of his biography will reveal that
Michelangelo contracted several grave illnesses during his life, almost all
during periods of extreme focus on his work, as he would stop eating unless
necessary and sleep in his clothes to avoid wasting time. Take one oft-cited
example: he was commissioned to sculpt a statue for Pope Julius II. During the
entire undertaking, Michelangelo, who suffered from gout, slept in the same
clothes and boots until his legs became so swollen that a surgeon had to cut
the boots off his legs, taking some of the flesh that had stuck to the boots
along with them. Indeed, in The School of Athens Raphael depicts Michelangelo’s habit of sleeping in
his boots.

Some of the greats had a violent streak. Perhaps the
best known of these is Caravaggio, who had a reputation for his hot temper.
Once, in a disagreement with a waiter over how his artichokes were cooked, he
chucked the artichokes in the waiter’s face and drew a sword on him. Caravaggio
fled from Milan to Rome after throwing rocks at and wounding a police officer.
Although the circumstances remain mysterious, it is said that after a particularly
heated tennis match involving a significant bet, Caravaggio fatally wounded his
opponent, Ranuccio Tomassoni, in Rome. Until this event, his status as a
respected artist had prevented him from prosecution for other crimes. For the
murder, he was outlawed and forced to flee to Naples.

Bernini might have matched Caravaggio’s fatally
volatile temper. In 1638, Bernini almost killed his brother when he discovered
he was having an affair with Bernini’s mistress. Another hothead, Borromini,
while renovating the interior of the Basilica of St. John Lateral in Rome, once
instructed his workmen to punish a vandal who threatened his work. The beatings
were so severe that the vandal did not survive, but Borromini went unpunished
because of his papal patronage.

Famously, Cellini, already exiled at 16 for dueling
and brawling, racked up a deadly record throughout the course of his life.
Cellini’s anger earned him papal favor when he combatted during the attack of
Rome by Charles III, Duke of Bourbon: he injured the prince of Orange and
supposedly killed Charles III. His first ‘real’ victim was the harquebusier who
killed his brother, Cecchino; his brother’s slayer had acted in self-defense
after Cecchino had killed a corporal. He later killed a man soon after the
death of Pope Clement VII in 1534. His most famous murder, however, was that of
rival goldsmith Pompeo, with whom Cellini was infatuated. Pompeo, however, was
having an affair with Cellini’s ex-wife. When Pompeo skipped work for
extracurricular fun, Cellini went to his wife’s villa and murdered them both.
Cellini details these and other events in his memoirs, including debilitating
the Parisian lawyers who had sued him with his ‘great dagger.’

Does their devotion to their art drive the greats mad
or does the madness make the art sublime? Or better, in a society that is
decidedly more aware of celebrity behavior, would these men ever have been
allowed the luxury (and legal pass) to act as they did? We might ask ourselves
if what we know about their lives as mad men changes how we look at the
exquisite artwork they produced. Likely, the answer is no, as crazy genius is
genius all the same. 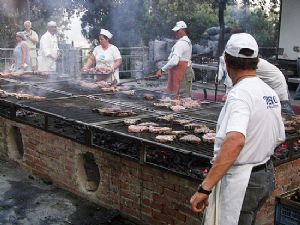 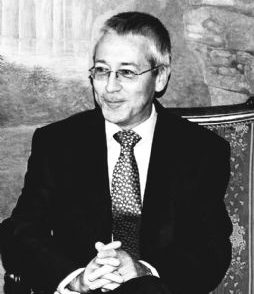