Among all the giants and geniuses of art in the history of Tuscany, only one has two major museums in the region, one in Florence and the other in Pistoia, dedicated to his works: Marino Marini.

Born in 1901 in Pistoia along with his twin sister, Egle, who throughout her life interpreted her brother’s works and thoughts with poetic intensity, Marini was trained at the Accademia delle Belle Arti in Florence. Although he continued to produce paintings and other graphic art works throughout his life, from the 1920s his primary production was as a sculptor.

While living outside of Tuscany for much of his life, Marini always acknowledged the importance of his Tuscan, and even more importantly, his Etruscan, roots. In his work, he drew on subjects from the past, such as the relationship between man and the horse, and the female form of Pomona, the Roman goddess of fertility. Probably his best-known work is the large bronze horse and rider that stands outside an entrance to the Guggenheim Museum in Venice. Beyond the female figure and the horse with rider, a third prominent theme for him was dancers and jugglers.

His first major success, a terracotta called Popolo, was of a farm couple in Tuscany in the style of an Etruscan sarcophagus. Marini was explicit about the Etruscan influence, saying, ‘my archaic roots, my Etruscans … there is little to explain. My very essence was born right here, in this region, and my grandparents were the same. Even today, this civilization comes from the soil, and provides something that still nourishes those who live there. I feel extremely bound to this land, to its sense of community, to all its archaic, vivid, lively, and oh so intelligent forces.’

The collection of sculptured heads at the museum in Pistoia gives a taste of the range of luminaries with whom Marini associated. Included, among others, are models of Marc Chagall, Henry Miller, Jean Arp and Igor Stravinsky. From 1929 to 1940, Marini taught at the Scuola d’Arte di Villa Reale in Monza, near Milan. He often travelled outside of Italy to meet artists throughout Europe and see their works.

During the war, Marini’s studio, along with many of his works, was destroyed in a bombing in Milan. At the time, he was head of the sculpture department at the Academy of Brera. He moved to Switzerland, the homeland of his wife, Mercedes Pedrazzini, whom he married in 1928. She loved him so much that she changed her first name to Marina and she, too, was a frequent subject in his art. They moved back to Milan in 1948, where he resumed his academic post. They would spend their summers in Tuscany, and from 1974 until the end of his life in 1980, they lived in their villa outside of Forte dei Marmi.

As with most artists who have both a long career and numerous interactions with other artists, Marini’s work is not all of one style. Probably most striking in his development as an artist is the transformation of the theme of the horse and the rider. In his later years, both elements became more abstract and distended, evidencing the fragmentation of modern life.

Throughout his life and career, Marini received prestigious awards, including the Prize of the Quadriennale of Rome (1936), the Grand Prize for Sculpture in Venice (1952), and the Feltrinelli Prize at the Accademia dei Lincei in Rome (1954). His work has been the subject of major exhibitions in Europe and the United States, and is included among the collections of many leading international museums.

The Marino Marini Museum in Florence, located in piazza San Pancrazio, between via Tornabuoni and piazza Santa Maria Novella, primarily contains sculptures by the artist, including many large pieces (see TF 53 for details). The Pistoia museum has a rich collection of Marini’s paintings and other graphic forms. Morning visitors to the Pistoia museum can also view his extensive fresco cycle in Palazzo del Tau.

There are currently two contemporary art exhibitions at this museum until June 4, 2011: A solo show by Japanese artist Tomoaki Suzuki and the latest works of Sardinian-born artist, Maria Antonietta Mameli. Mameli, who now lives in New York City, presents her Human observations – Free composition series, in which she focuses on the people in one of New York’s biggest crossroads: Grand Central Station.

The Marino Marini Museum in Pistoia is currently hosting a solo show by Dutch architect and urban planner, Bert Welmers. Entitled Viaggio di studio in Italia, the exhibition features a series of Italian landscapes in watercolour. 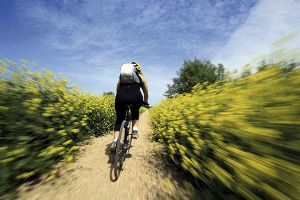 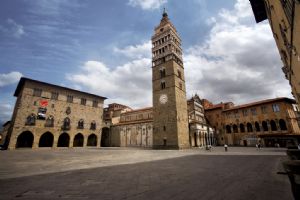 More than a day in Pistoia

First-time visitors to Italy typically visit the most famous cities and have a ‘must see' list. My most vivid memory of this phenomenon is a day in Rome when a tourist group passed by me, the guide saying, ‘On your right the Trevi Fountain, Three Coins in