Have you ever stopped to think that looking at the starry Florentine night is like looking back in time? Perhaps many of the stars we see were extinguished ages ago, but because of the time that light takes to travel the mindboggling distances between those stars and Earth, they still

Have you ever
stopped to think that looking at the starry Florentine night is like looking
back in time? Perhaps many of the stars we see were extinguished ages ago, but
because of the time that light takes to travel the mindboggling distances
between those stars and Earth, they still shine with incredible tenor. Although
we tend to take for granted such obvious astronomical truths as the distances
of stars and the heliocentric nature of our solar system, only a few centuries
ago statements like these would have driven their writers, readers and
sympathizers straight to the burning grip of the Holy Inquisition.

Understandably, very few people dared or even cared to question the
natural order that surrounded them, unless of course you were Galileo and his
devoted daughter. In the case of the former, life would reserve for you the
heavy burden of setting into motion dangerous ideas that clashed directly with
the religious convictions of the time. For the latter, the burden would come
from watching the person you most admired and loved suffer from unjust persecution
and defamation.

Virginia
Galilei was born to Marina Gamba, Galileo’s housekeeper, in Padua on August 12,
1600. She was the couple’s oldest of three children (two daughters and one son)
born out of wedlock. In practice, this meant that, at least for his two
daughters, a respectable marriage was out of the question. Virginia’s fate,
like that of so many illegitimate children, was sealed at birth. The only way
that Galileo could guarantee Virginia and her sister Livia an honorable
existence was to entrust them to a convent, where they would lack nothing. In
the meantime, Virginia’s curiosity for science and religious faith could run
side by side during her childhood and early adolescence. After all, not every
seventeenth-century child could play with the very first telescope ever
invented-in her backyard-or hear stories about science that stood not in
contrast, but in harmony with the idea of a creator. Indeed, despite what many
could have thought, Galileo was known for being an extremely pious man and a loving
parent, so much so that he developed a strong connection to his likeminded
daughter Virginia based on mutual respect, admiration and unconditional love.

Eventually,
Galileo obtained special permission to send Virginia and her sister at a very
young age to the Convent of San Matteo in Arcetri, Florence (above piazzale
Michelangelo), from where she exchanged numerous letters with her father.
Virginia took her vows when she was 16, changing her name to Suor Maria Celeste
in honor of her beloved father and the cosmos. She lived to see Galileo
condemned as a heretic by Pope Urban VIII because of his Dialogue Concerning the Two Chief World Systems, published in 1632, wherein he defended his
heliocentric observations against the Church’s belief of a geocentric universe.
Galileo was forced to recant his theories, and further health issues deeply
preoccupied his devoted daughter. This would inflict a powerful psychological
blow, since she knew how religiously devoted her father was and, like him, she
did not see the contradiction between God’s will and that of the human capacity
to rationally unravel it.

Thanks to the
120 letters written by Suor Maria Celeste to her father, we can understand
something about their relationship. Although Galileo’s responses were never
found (it is said that they were likely burned by the convent’s mother superior
after Suor Maria Celeste’s death), a human picture of Galileo emerges from
Virginia’s remaining monologue, suggesting that they mutually confided their
concerns.

Although Virginia’s
primary concern was her father’s health, she also suffered from a
unidentifiable chronic illness aggravated (or caused) by the austere living
conditions of the convent and perhaps by the sadness surrounding the events
that plagued her father’s life. After his condemnation in 1633, Galileo
returned to Florence and moved permanently to Villa Il Gioiello in Arcetri,
from which he could see the San Matteo Convent and where he lived his remaining
years under house arrest. Unfortunately, Virginia’s health deteriorated quickly
after his return, and she died four months later. Galileo continued to live for
several years in Arcetri, where he made private scientific observations,
consoled by the memories of Virginia’s letters and by the sounds of the bells of
San Matteo.

Melissa Rossi holds a Master's in international relations and has worked as an NGO project consultant and as a researcher on democratic transitions. She has lived in Rio de Janeiro, Boston, Prague and Florence and is fluent in English, Portuguese and Italian. 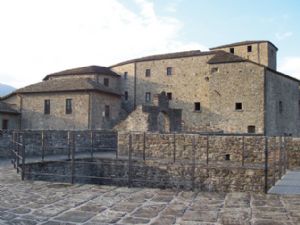 Legend has it that the narrow, tortuous paths, or vicoli, that lead the way up to the Castle of Piagnaro in the town of Pontremoli are haunted by a wolf-like creature known by locals as the lupo mannaro.  Locals say that the only way to avoid the attack 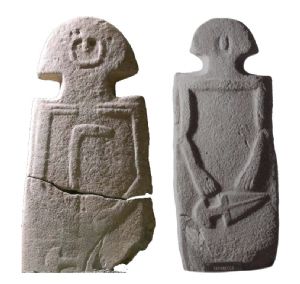 In the steps of the Stele

Embark on a journey back through time in the midst of the Apennine mountain chain, where more than five millennia ago a mysterious pre-Etruscan population lived, surrounded by the sights and sounds of a natural world almost completely unknown to the modern experience. Although little is known of this 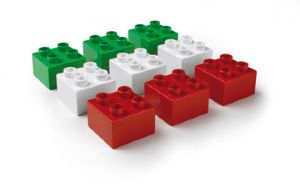 We, the United States of … Italy?

The current debate surrounding Italy’s new law on fiscal federalism has remained somewhat on the sidelines as the latest avalanche of personal and political scandals surrounding Premier Berlusconi have occupied ...