The
Tuscan Region recently launched a web channel on their tourism portal, http://www.turismo.intoscana.it,
specifically focused on lesbian, gay, bisexual, transgender (LGBT) tourism,
making it the first region in Italy to do so. The slogan for the new channel,
Gay Friendly Tuscany, is ‘In Tuscany, not everything is straight,’ next to an
image of the leaning tower of Pisa. Sponsored by the Tuscan Region, the site is
managed by Fondazione Sistema Toscana.

A promotional video
features quick cuts of shots of the curves of Tuscany, taking their contrast to
the colloquial English term ‘straight’ to incredible proportions. Tuscany’s
‘not straight’ features include wine glasses, arch rings of bridges, David’s
noted backside, radial windows, the seashore, an afro wig (ah, who could forget
the afro wigs of Tuscany, just like the days of yore?), and of course, Pisa’s
tower.

The well-designed and
user-friendly site insists that this campaign is motivated not by profit but
rather by the history of the Tuscan Renaissance, a time of great liberty for
Tuscan homosexuals, noting Michelangelo Buonarroti, Leonardo da Vinci, and
Machiavelli as ‘the best known among them.’ Insisting upon the historic role of
Tuscany as the ‘San Francisco of the Renaissance,’ a few articles note that the
word for ‘homosexual’ in Germanic countries at that time was ‘Florenzen,’ or
Florentine.

Although it is
difficult to assert the sexual orientation of characters both enigmatically
complex and long-deceased, championing Tuscany’s, and more specifically
Florence’s liberal history is certainly merited. The Tuscany of Grand Duke
Leopoldo I was the first to decriminalize homosexuality in 1853. And the
Florentine character, one of liberalism, invention, and courage, is noted as
the underlying source of such triumphs as Dante’s vernacular, da Vinci’s
perfect proportions, Brunelleschi’s Duomo and Meucci’s invention of the
telephone. In any history of Florence (even a gay history) one mustn’t forget
the Medici (nor their preferred artists and philosophers), and here they are
most certainly not lacking. The website notes that three of the Medici, Pope
Leo X, Ferdinand II, and Giovanni Gastone, were certainly homosexuals.

The Florence of today
is depicted as a place of tremendous diversity, a meeting place for art lovers
and culture fiends from all backgrounds. With its fluid population of world
travelers, the site’s creators are certain the Florentine atmosphere will tempt
all visitors to be completely themselves. Indeed, Florence was at the forefront
of openness in 1974, opening Italy’s first gay bar, Tabasco
(www.tabascogay.eu), just steps from the city’s seat of power, Palazzo Vecchio.
Tabasco continues to be one of the most popular locales among artists,
inventors, writers and travellers in the city.

In recent years, the
website boasts, the Tuscan Region hosted a 2007 exhibit that focused on art and
homosexuality (see TF 61 for details), an exhibition that Milan had declined
for one of the works that featured the pope wearing women’s clothing.

Finally, it cites
Florence Mayor Matteo Renzi’s call for social housing for all couples. Tuscan
cities like Florence, Pisa, and many others promote equal rights by registering
gay unions in their municipal records. Recently, the Tuscan region amended its
charter to outlaw discrimination based on sexual orientation and to recognize
all kinds of family structures, not just those based on marriage.

For more information on gay-friendly tourism and life
in Tuscany, consult http://www.turismo.intoscana.it;
http://www.gay.it; and http://www.azionegayelesbica.it.

With all of this fanfare
about the history of Tuscany, and especially Florence, as being particularly
welcoming and supportive of homosexuals throughout the ages it is worth noting
that Europride, the annual pan-European event dedicated to LGBT pride, took
place this year in Rome, culminating with a much-anticipated performance by
Italian-American Queen of Pop, Lady Gaga. Thousands attended the event, which
climaxed in a parade through the center of Rome to Circo Massimo.

The 12-day event was met
with some resistance by city residents. Right-wing group Fiamma Tricolore vowed
to show up with tomatoes ready for Gaga, stating that they would not let the
queen of anything teach them about justice, and continued to stress the
importance of hetero-normative family values, which they believe form the
foundation of Italian culture. When promoters of Europride released an online
spot featuring kissing gladiators, it was lambasted by Italian right-wing
activists as ‘unconstitutional.’

This backlash from the
more conservative members of the Roman community may very well be why the city
was chosen to host this year’s event. Europride organizers warned the thousands
flocking to the city to participate in the festivities in Rome, a city they say
lacks the open and colorful gay life offered by other European capitals (this
is mainly due to the imperious presence of the Vatican, many argue). By holding
Europe’s biggest annual gay pride event in the historically conservative
metropolis, Europride organizers hoped to provide LGBT Romans enough support
and enthusiasm to last long after the celebration has ended. 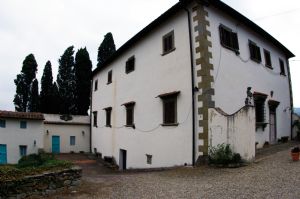 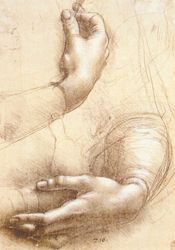 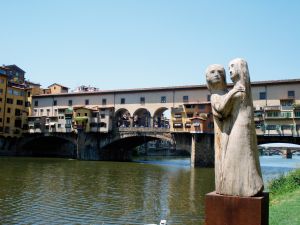