The Italians ended their RBS Six
Nations campaign with a good win over Scotland in Rome on March 25. It was
vital for Italian confidence to claim a tournament win in the last fixture of
the 2012 competition, and their composure and new-styled adventurous play led
them to a 13-6 win over the visitors.

After having performed relatively well against Wales the previous week,
the Italians looked hungry for success and well buoyed up for their final home
fixture. Though the Scottish side had several good-performing individual
players, they never blended as a team that day, and Italy punished their
disorganisation with a Giovanbattista Venditti try early in the second half.
Burton converted for the Italians as well as a late drop goal. Mirco Bergamasco
was also on the score sheet with a penalty. Greg Laidlaw hit two penalties for
Scotland in what was a relatively low-scoring game.

It was a positive step for Italy to secure a win, as they had shown so
much promise from the start of the tournament and had impressed with some of
their dogged performances against Wales and England in particular. Even though
results went against the Italians throughout, their newfound flare and
confidence in attack as well as a fresh lease of composure at times lends
promise for the future.

Should coach Jacques Brunel continue his philosophy of attacking, the
future looks very bright for the Italians. The fact that Italian rugby has seen
some great days (for example the historic win over France and club sides
performing admirably) supports the future development and growth in popularity
of the game in the country.

With the new positivity and excitement about the sport in Italy comes an
opportunity to abolish the crisis at out-half in the international side. For
much of the 2012 campaign Italy struggled to find any comfort at out-half. This
will need to be rectified both in the coming years and most importantly for the
2013 Six Nations competition. With the new energy from Brunel, surely there is
some young player who can target the out-half position and in a number of years
control proceedings for the national side.

Overall, Six Nations 2012 showed what Italy can do and the huge
potential just waiting to be unleashed, and that Brunel is steering the team in
the right direction. The win over Scotland was a positive ending to the
tourney. 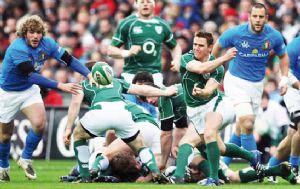 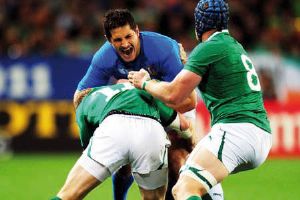