Alison Walker: A minister in Florence

Think of the movie stereotype of the Protestant minister. Now picture Alison Walker, who is 36, female, married, drives a camper van and, yes, is a Methodist minister.   Walker moved to Florence almost three years ago, speaking no Italian. But that had to quickly change. As pastor of the

Think of the movie stereotype of the Protestant minister. Now picture Alison Walker, who is 36, female, married, drives a camper van and, yes, is a Methodist minister.

Walker moved to Florence almost three years ago, speaking no Italian. But that had to quickly change. As pastor of the Methodist church on via de’ Benci, she had to preach in Dante’s language. She now cares for the Methodist community here in Florence, a job that is rewarding yet at moments extremely challenging. She lives here with her husband, Robin Walker, who is a concert organist and director of music at the Badia Fiorentina.

Unlike the Anglican Church, which has only permitted women priests since 1994, the Methodists have a strong tradition of women lay preachers dating back to the early days of the movement in 1760, and the Methodists first began ordaining women nearly 40 years ago. ‘I have never had a negative reaction about being a female pastora; the main problem I find is my age. There have been a number of times visitors have come to the church and at the door asked to speak to my dad. I say ‘No it’s me! I am the minister!’

In Italy, Protestant ministers are not permitted to wear the traditional white clerical collar, which is deemed too similar to Catholic attire. ‘It is a real shame, as for me the “collar” is like a uniform. There is a huge variety of Protestant preachers here in Florence; different races, ages, and Italians, too. Wearing the collar could help raise the profile and visibility of the other churches.’

Walker was born in Sittingbourne, Kent, UK. From an early age she had ‘a calling,’ she says. After college and three years training, she became a minister.

Since arriving in Florence, she has done a lot to reach out to the community. Every week there is a parent-and-toddler group, called Coffee and Chaos, and an English-language fellowship. ‘The group is popular with American students, who often get bad press in Florence. There are many who don’t want to be out drinking every night and are looking for other things to do.’

However, learning the language has been her greatest challenge. At first, she would print the sermon, to help the congregation follow her. ‘I think sometimes my Kentish accent was slightly off-putting, but after three years, I have improved, and the congregation has become used to it.’ To include English speakers and tourists, she uses PowerPoint to screen her sermons simultaneously in English.

Although Walker likes life in Florence, it has taken some time to forge a sense of community. ‘Florence can be a hard place to live in, and living here only makes you realistic about life here.’ She has struggled to meet Italians and finds communication about events around the city can be poor. Even finding essential shops, such as a hardware store, was a struggle at first.

On occasion Walker and her husband drive their camper van back to the UK, transporting such ‘essential’ Italian goods as olive oil, wine and limoncello. When they return, they carry British items, such as beer, crisps, Marmite, bitter marmalade and creamed rice.

The Methodist church on via de’ Benci is remarkable for both its size and simplicity. Dating back to the late 1100s, it originally marked the edge of the city. Over the centuries it was used by various Catholic groups, until Napoleon came to power and closed it down, turning it into a barracks. Soldiers slept in the monks’ cells, and the main church housed the horses. One hundred and fifty years ago a Scottish minister bought the property and it eventually became a Methodist church for the British Mission.

Although the congregation is multinational, it is principally Italians who attend. ‘People should come along and meet us. You will find that not all Florentines are as stand-offish as they can appear to be. If you are looking for a community come and find us. You will always be welcome.’

For information about service times and activities, see www.firenzechurch.com.

Best cappuccino and brioche?Bar La Badia, near the Bargello and Badia Fiorentina, on via Proconsolo. I always go there; the owners are very friendly owners and they also have poodles, so ours is made welcome.

Best bistecca fiorentina or best restaurant and why?Bearing in mind that I like beer, you may spot us at Mostodolce Pub on via Nazionale. They do great pizzas and burgers, too.

Grappa or limoncello?Limoncello in summer, grappa in winter.

One place in the city that inspires you?The contrast between the too-quiet church and the too-lively via de’ Benci in the evening, makes me want to change the dynamic-that inspires me!

Best place to have quiet moments in the city?To find a place for a quiet moment, I need to feel a sense of connection to it, so if it isn’t too late at night when the partying is in full swing, the inside of my church can be a haven. Or, occasionally, I pop into La Badia Fiorentina, where my husband works, and soak in the atmosphere of the ‘house of prayer’ as their signs request.

Best way to keep cool in summer?Last year we ‘discovered’ Bilancino Lake, but perhaps this year there may be not enough water.

Famous monument or tourist attraction that you still haven’t visited?Giotto’s bell tower. It looks quite high.

Advice for the newly arrived?Find a bar you like for your morning cappuccino and keep going there. You will become a regular and feel at home (it’s also a good place to practise Italian). Learn to love the relaxed pace of life, accept that without a number no one queues, and be prepared to act very cross if no one understands you are upset!

Favourite artwork in Florence?The statues on the facade of Orsanmichele.

One thing your nation will always do better?Diversity. Although I see that Italy is learning how to embrace multiculturalism, Britain has a head start.

One thing the Florentines will always do better?La passeggiata!

What would you ask Renzi over a coffee? When are you going to adopt a zero-tolerance approach to graffiti and dog poo and provide mobile urinals for the nights?

Can’t get enough of Florence and looking for a place to stay long-term? Or are you an expat searching for a place to house all those extra guests flocking to the Renaissance city? There are many long-term and short-term holiday apartment rentals in Florence waiting for you! 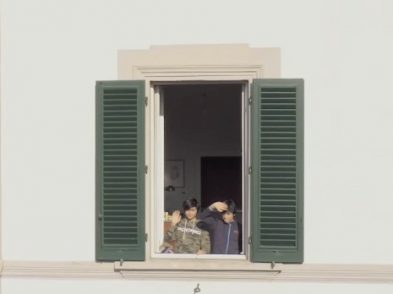 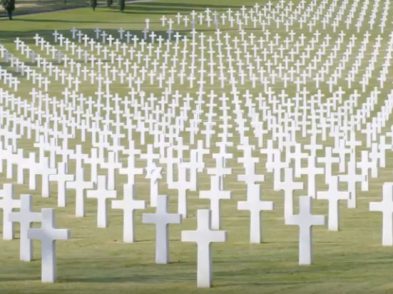 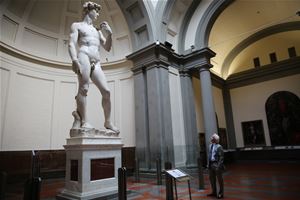