The day the music died

On May 25, municipal police raided six establishments on via de’ Benci, forcing them to close early. The Friday-night blitz came after the ruling of a court case launched by local residents seeking to put an end to the excessive noise and late-night commotion caused by the area’s bar and restaurant patrons.  The judge ruled that Moyo, Soul Kitchen, Red Garter, Kikuya, Oibo and Lochness, as well as Astor in piazza Duomo, close their doors from 10pm to 7am until further notice.

The seven establishments were also charged with numerous violations, among them noise levels, outdoor alcohol consumption and littering. Charges also included outdoor terraces that were not up to code, serving over capacity, and improper ‘take away’ beverage sales.

In response to the incident, Mayor Matteo Renzi said it was time to put an end to ‘drinking on the street,’ but the City has not made an official decision on the issue.

On May 29, a flash mob of approximately 600 youth gathered on via de’ Benci―some in pajamas, referring to the early ‘bed time’ on via de’ Benci sanctioned by the court―to protest.

Notice to join the protest was disseminated via social media, and flyers featured messages like ‘Everyone to bed at 10pm!’ ‘Is this the Florence we want?’ and ‘Is Florence a city for the old?’

Almost all of the parties concerned agree that a balance must be struck between the legitimate demands of the residents to live and sleep peacefully and the rights of the establishments to make a living. Thus, while the recent crackdown bans late-night escapades in the Santa Croce area, it jeopardizes the livelihoods of businesses and their workers, who rely on the patronage of locals and tourists.

Trine West, owner of the Lochness Lounge, explained that the most pressing problem has been the number of people gathering in the street, something that is difficult for bar owners to control without police assistance. ‘We’re asking for increased police presence so that we can comply with the rules; even just two policemen on foot so people realize they are there [and curb their behavior].’

In response to the distress of business owners, the needs of local residents and the wishes of bar patrons, Mayor Renzi and city leaders met at Palazzo Vecchio within 24 hours of the judge’s ruling to craft what Renzi called a ‘pact of civility.’ The City’s preliminary solution, announced on May 31, proposed a business license based on a points system to regulate violations and facilitate enforcement. After ten days of the 10pm sanctioned closure, business owners on via de’ Benci accepted the ‘pact’ set out by the City, stating in a note: ‘We affirm the will to do everything in our power, within the municipal laws and regulations, to combat blight and the disturbance of the peace. Also stating they will constitute an association called Merchants of via de’ Benci, which, among other things, ‘will work with the municipal government and local police to identify the best solutions to combat blight and disturbances of the peace.’

The ‘pact’ will now be presented to the courts for approval.

Joanna Sandager is pursuing a Masters in Political Science at James Madison University in Florence and is looking forward to returning to Cinque Terre this summer. 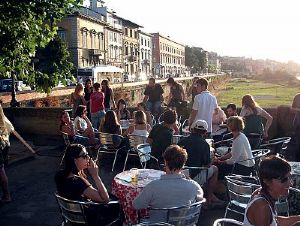 Summer has arrived in Florence, bringing with it new events and old staples. Venues across the city are bringing summer fun outdoors and filling the streets with music and ... 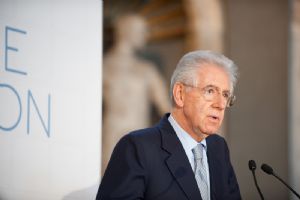 The European Union (EU) is in the throngs of its most serious crisis since its establishment: an economic arrangement that was meant to keep war unthinkable threatens to tear it apart. On May 9 and 10, Europe's leading academics, policy makers, and business leaders gathered in Salone dei Cinquecento 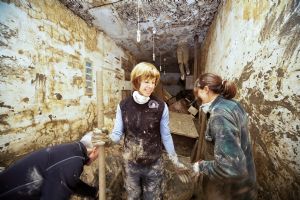 Women with a mission

On October 25, 2011, a devastating combination of heavy rainfall and seismic landslides hit over 10 towns between lower Liguria and Northern Tuscany (see TF 152). Among those affected the most were the seaside villages of Monterosso and Vernazza, which received more than 20 inches of rain in under four