It is probably fair to say that majority of expats come to live in Italy for work or romantic reasons. Robert Nordvall is quite a different case. Nordvall, known locally as Bob, was born in the Chicago area. The family of his mother, Carmella Craglione, was originally from Luccare, now

It is probably fair to say that
majority of expats come to live in Italy for work or romantic reasons. Robert
Nordvall is quite a different case. Nordvall, known locally as Bob, was born in
the Chicago area. The family of his mother, Carmella Craglione, was originally
from Luccare, now known as Basilicata. Nordvall graduated from De Pauw
University in 1962 with a degree in philosophy and religion. He then went on to
study at Harvard Law School. After working as an attorney, he held various
positions at Gettysburg College, Pennsylvania, including dean of first-year
students and associate provost. Upon his retirement, in 2002, he decided to go
in search of adventure and retire to Italy.

Having studied
Italian for two years at Gettysburg College, Nordvall came on holiday to Lucca
in 2001. On a day trip to Pistoia, he was immediately impressed by the beauty
of piazza del Duomo and began to consider the possibility of moving there.
Pistoia may not seem like an obvious choice for retirement, but the size and
location appealed, as did the fact that Pistoia is being and less expensive
than Florence.

After much careful planning, Nordvall returned to
Pistoia in June 2002 to look for an apartment and made his final move in
September 2002. Rather unusually, he travelled by merchant ship in order to be
able to bring his belongings. The journey took 11 days and there were only two
other passengers on board.

Since his arrival, Nordvall has published a weekly
online newsletter, ‘This week in Italy’ (thisweekinitaly.com.). It began as a
way of keeping in touch with friends but has developed into a commentary on his
experiences and observations of life in Italy. He updates his blog every
Friday, and has written numerous articles for The Florentine. He is also
a member of the Vestry at St. James Episcopal Church in Florence.

Nordvall is quite at home in Pistoia but goes back to
the States to see one of his sons, who lives in Los Angeles, and do some things
he did not have the chance to do while he lived there. For example, a keen
cyclist, he is planning a cycling tour of the Oregon coast this summer.

Where would you take visitors on a first trip to
Pistoia?

I always take people to see four specific things: The
beautiful statue of the visitation in San Giovanni church, the silver altar by
in the Cathedral, the incredible pulpit by Giovanni Pisano in Sant’ Andrea
Church and the ceramic glaze frieze by Della Robbia at the Ospedale del Ceppo.

To see the extraordinary eighteenth-century
Fabrioniana Library or for a walk around the lake in the Puccini Park.

Can you name a place in town that makes you happy or
inspires you?

Nothing tops the lovely piazza del Duomo. When I first
saw it, I decided to move to Pistoia.

What is your favourite traditional dish and where
would you eat it?

I don’t have a specific favourite dish, but Le Zie del
Lampredotto in via IV Novembre serves only local specialities. I also recommend
Trattoria dell’Abbondanza in via dell’ Abbondanza.

Where would you recommend going for an aperitivo in Pistoia? For coffee?

Voronoui in piazzetta dell’Ortaggio. Bang in via della
Madonna for coffee and the American-style cakes.

What’s your favourite day-trip from Pistoia?

The train journey through the mountains to Porretta
Terme.

What advice would you give someone thinking of moving
to Italy?

Don’t come here thinking you’ll find a job. Plan ahead
and research your economic possibilities. Read up on Italian culture. Be
prepared to deal with things that might annoy you, such as public transport not
necessarily being reliable. However, you will find that Italians are nice,
friendly people.

What’s the most difficult aspect of Italian life to
get used to?

Inefficiency. I was prepared for it, having done my
background reading. Nevertheless, it can be very frustrating. Being retired, I
am not usually in a rush, which makes it easier to tolerate long waits.

What do you think is the biggest difference between
Italians and Americans?

The balance between the heart and the mind is
different. The level of sentimentality is much higher here. This was seen
recently with the emotional reaction to Lucio Dalla’s death.

What advantages do you have as a retired person in
Italy?

I did not come to Italy as a low-cost retirement
place. Prices in Italy and the United States are quite similar. One can live
without a car in Italy, which is only possible in a few cities in the United
States, so [for me] transportation costs are lower here. I enrolled in the
Tuscan health system, which includes full coverage and medication and saves
money. Senior discounts are available on public transport, the cinema, etc.,
although these are common in the States, too. I enjoy life in Italy.

Who’s your favourite Tuscan, past or present?

What is your favourite Italian phrase?

‘Non importa.’ I think it sums up most general
concepts. 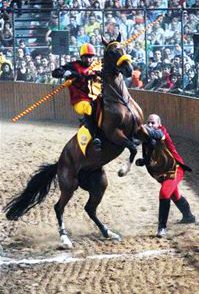 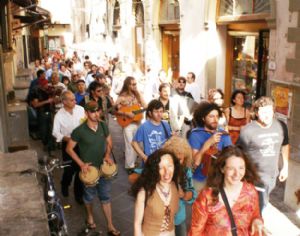 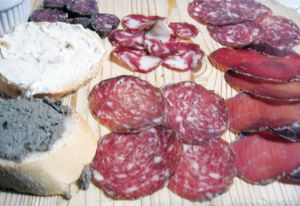