April 16 is a special day in Florence, and it has become a special day for me, too. It is the anniversary of the death of Filippo Brunelleschi, a day on which I, along with the rest of the city, remember the life of a person who has, in some

April 16 is a special day in Florence, and it has become a special day for me, too. It is the anniversary of the death of Filippo Brunelleschi, a day on which I, along with the rest of the city, remember the life of a person who has, in some ways, become an old friend. 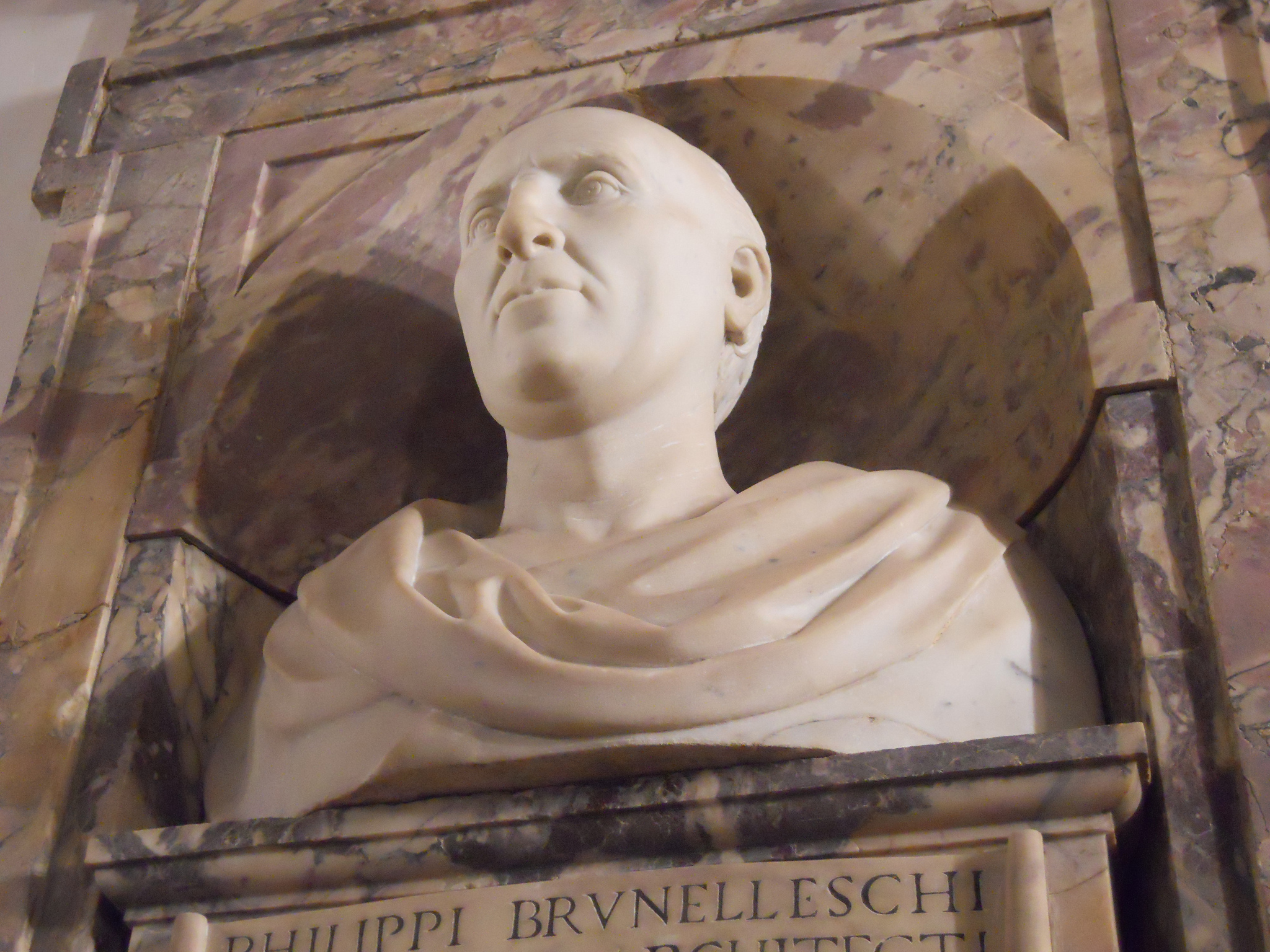 Bust of Filippo Brunelleschi | Photo by Erik Drost on Flickr

Not far from the Cathedral of Santa Maria del Fiore lies the church of Santa Croce, where some of the most famous Florentines are enshrined, among them Michelangelo, Niccolò Machiavelli, Galileo Galilei, Lorenzo Ghiberti and the countless ‘men of Florence,’ founders of the city, with important status and names.

But only two citizens of Florence have been given the great honour of being buried in the Cathedral of Santa Maria del Fiore: the painter Giotto and Filippo Brunelleschi. Just inside the southeast entrance of the cathedral is a dedication to Filippo, which reads: ‘Both the magnificent dome of this famous church and many other devices invented by Filippo the architect, bear witness to his superb skill. Therefore, in tribute to his exceptional talents, a grateful country that will always remember buries him here in the soil below.’

He lies, indeed, in the ‘soil below,’  in a special crypt under the church, near the site of the preexisting church of Santa Reparata. A visitor can see the shrine through a locked iron gate and read the simple Latin inscription, which translates to ‘Here lies the body of the great ingenious man, Filippo Brunelleschi of Florence.’

However, once a year, there is an opportunity to step closer. On April 16, a procession moves from Palagio di Parte Guelfa, near where Brunelleschi had his first job in the silk guild. In the procession, the Gonfalone (the red iris, the floral symbol of the city) is raised and a parade of citizens dressed in Renaissance garb participate in the procession to the cathedral, where trumpets are blown and prayers are read. A wreath is laid under his bust at the southeast wall. A small group (myself included, the last few years) then enters the crypt, where the trumpets are again blown and a second wreath is placed in his honour.

Each year, I have been able to take a moment to kneel, say a prayer and kiss the grave of this great man, who in some way, through his work and his buildings (and the tiny, cryptic clues he left behind), has charged through history to become one of my greatest mentors. Legacy is even trickier than nostalgia, but as I sit and think about Brunelleschi, no sense of falseness ever comes over me.

Rather, every year, as I place a hand on this man’s grave to try to sense this soul, it feels more genuine and pure. I’m not sure why. I don’t know why I feel I know him well or why, exactly, his story and life has so touched my soul, but it is something I know and feel deep within my heart, and it is the thing that drives me to share my—and his—story.