Myers remembers her first visit to Italy back in 1990, when her Latin teacher took her class on a school trip. ‘They say you fall in love with Italy. Well, it’s true. It’s a boring story that you hear again and again. Girl comes to Italy, finds cute Italian guy, falls in love and moves there. Did I know that I’d stay forever? No. But my husband always tells me, “Ormai è così,” just go with the flow. Have patience. That’s the Italian way after all.’

A New Hampshire native, Myers studied Italian at Georgetown University because she loved the way the language sounds. In 1993, she returned to Italy, this time to spend her junior year of college abroad in Siena. A year later, she met the person who would change her life, her husband-to-be, while she was interning at a buying office in Florence. After studying fashion marketing at Polimoda in Florence and working in the press office of Dolce&Gabbana in New York, she made the decision to move permanently to Florence. A year later, she was married.

With her first year as an expatriate in Italy came overwhelming emotions. But time and time again, she told herself, ‘You made the decision; you moved here; you have to do this.’ While she still has difficult days, one thing that has gotten her through the challenges of adapting is her faith. Raised in a Jewish family, she knew that when she came back to Italy to stay, she would need to create an environment in which she felt comfortable. In the early days, she celebrated the Jewish harvest holiday at the Orthodox Jewish synagogue in Florence. It was there she met another American woman married to an Italian, ‘and it was like love at first sight!’ Immediately inseparable, the two soon became a group of four American Jewish women with non-Jewish husbands. Ten years ago, they established Shir Hadash together with Italian Jews interested in Progressive Judaism.

Running entirely on contributions, Shir Hadash gave these women a way to practice Judaism that was more familiar to them, filling that aching feeling of loss caused by the distance from home. With much dedication and help, they have become an important addition to the Jewish community in Florence.

‘Things have not been easy, because in Italy state funding only goes to the Orthodox communities, and other forms of Jewish worship are frowned upon and often ignored,’ Myers says. Making things even more complicated for Shir Hadash, all decisional power regarding Judaism in Italy is in the hands of a body made up of representatives from Orthodox communities, leaving very little room for the growth of any other form of Judaism.

Despite this, today the congregation is flourishing and it is officially recognized by the World Union for Progressive Judaism. The services are conducted in Italian, English and Hebrew, and they stress the importance of their presence in order ‘to enable the newest generation of Jews in Florence to have the opportunity to grow up in a joyful, welcoming and progressive Jewish environment.’

‘It’s not easy to be Jewish here. It takes a lot of work and dedication … My work with Shir Hadash makes a good example for our kids. Not only do the values pass on [to them], but so does the idea of starting something and sticking to it. Part of the reason I’m so invested is that my mom was so proud of me when she was alive. She is the reason I don’t give up. It’s important for me, for my family and for my mom to continue what I do.’

Myers admits that it is very easy to stay within the expatriate community and not fully immerse, but she is trying her best to integrate into larger Florentine society. ‘I am still not 100 percent adjusted,’ she admits with a shrug. ‘You can be really adjusted but still have that “ah” moment when things aren’t done the same as you’re used to. However, it’s all worth the hard days and frustration in the end.’

To this day, her biggest challenge remains not having her family close by after the birth of her daughters. ‘Fortunately, my kids have become great travellers! They have become adaptable, know the difference between Europe and the United States and understand when to speak Italian or English.

‘My mom always said, whenever you move, take things with you from home. The pot we use for pasta every night is still the same one I used to cook with in New York. Diplomats do it all the time. [That’s how] they end up with stuff they’ve acquired all over the world. You can take a quilt, a picture, anything that reminds you of home.’

And what’s changed for Myers? ‘Nothing. I still have the same values and drive. And for now, I’m here to stay.’

Shir Hadash members meet at via Manzoni 19/A, where visiting rabbis frequent services monthly, and Shabbat and Jewish holidays are celebrated in a similar way as is done by Reform Jews in the United States. To get involved with Shir Hadash, contact the congregation directly at contact@shirhadashitalia.org or see the schedule at www.shirhadashitalia.org. Members are always looking for more help with ideas and organisation. Shir Hadash donates to causes in Israel as well as in Italy and the association is hoping to become more involved in outreach in the near future. 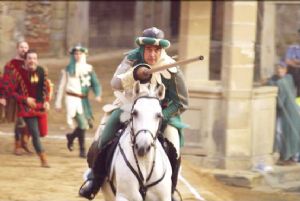 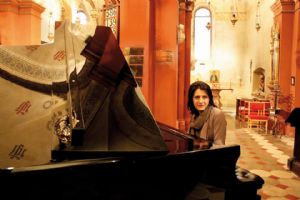 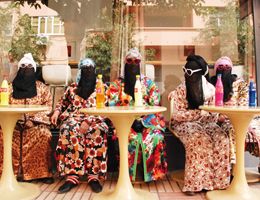