If I thought that my answer were to one who might ever return to the world, this flame would shake no more; but since from this depth none ever returned alive, if what I hear is true, I answer you without fear of infamy. —Inferno XVII. 61–66 (

If I thought that my answer were to one who might ever return to the world, this flame would shake no more; but since from this depth none ever returned alive, if what I hear is true, I answer you without fear of infamy.

The nostalgic plea by the thirteenth-century count Guido da Montefeltro led to T.S. Eliot’s The Love Song of J. Alfred Prufrock, one of the most famous examples of Dante’s legacy in modern literature. Dan Brown’s Inferno has been the most recent work to spark both excitement and dismay in the literary world, as well as in Florence’s tourism industry and the academic world of Dante studies.

Who better, then, to write a book about Dante in the wake of Dan Brown’s blockbuster than Mark Parker and Deborah Parker, specialists in English and Italian literature: Deborah Parker is professor of Italian at the University of Virginia and is the general editor of the website The World of Dante; Mark Parker is professor and chair of the Department of English at James Madison University. Their new book, Inferno Revealed, not only dissects Brown’s Inferno but also discusses the history of Dante’s legacy: literary and other artistic adaptations of his works.

The book includes a fascinating 10-page timeline. It begins in 1210, with the approval of the Franciscan Order by Pope Innocent III. Next is 1215, a year marked by the violent murder of Buondelmonte de’ Buondelmonti, dragged from his horse and stabbed to death just off the Ponte Vecchio: welcome to the murderous battlefield of thirteenth-century Tuscany, with the seemingly endless wars between the Guelphs and Ghibellines. The timeline ends in 1321, a year with three crucial events: Dante’s death in Ravenna while in exile; the founding of the University of Florence; and (approximately) Giotto’s start on the frescoes in the Bardi and Peruzzi chapels in Santa Croce. It is a date that testifies to the intellectual and artistic ferment of fourteenth-century Florence, a century whose deeper historical complexities can often be overshadowed by the artistic splendour of the fifteenth century that tends to attract so much visual attention.

While Deborah Parker wrote the historical chapters on Dante and his Inferno, Mark Parker penned the ones on Dante’s legacy, from his influence on the modernist British and American literary movements with Ezra Pound and T.S. Eliot to popular literary adaptations, including The Dante Club by Matthew Pearl, the film Beetlejuice by Tim Burton and works by contemporary artist Sandow Birk.

On re-interpreting Dante today, Mark Parker suggests that adaptations of the original text of the Divine Comedy can help keep it alive. He points out that the frequent translations are not always literal translations but are often lively adaptations. Parker notes, ‘We are in a time when people are being a little more flexible looking at these cultural objects,’ and suggests thinking about adaptation and change. He admits that Brown tends to be a ‘piñata for critics, crafting zingers about the clunky style of the book,’ although he points out that this novel in particular is an especially interesting adaptation because of the ‘whole cultural force behind the poem and the state of the world; The Da Vinci Code was flatter in some ways.’ He suggests that errors or distortions can be viewed as a kind of ‘updating or re-thinking process of these works.’

Deborah Parker recalls giving her students critical assignments on the first excerpts of Brown’s novel as they became available to the public and noticed ‘very astute’ observations as they critiqued Brown’s treatment of Dante in his first chapters.

The website World of Dante, mentioned by Brown as a valuable resource, has also played a vital role in attracting more interest to Dante studies and making works more widely accessible. It is the only website that has special permission from the Vatican to display Botticelli’s Map of Hell. Since the release of Brown’s Inferno in May 2013, the site has seen a notable increase in viewers: over a span of two months, the site went from one million views (in April) to eight million (in June). The Institute for Advanced Technology in the Humanities has been fundamental in adding to its success and in helping to create an interactive multimedia perspective, particularly of Botticelli’s map, whose original can only be viewed privately in the Vatican library.

Florence’s Casa di Dante museum also generously allowed permission to use its watercolour maps of Dante’s Florence and Italy in Dante’s time, as well as maps of the Comedy in order to contribute to further online research.

Do the Parkers think this current renewed interest in Dante will generate more academic research? Both acknowledge the changing face of academia today; however, considering their students’ increasing interest in newer adaptations of classic texts, they are both optimistic. Deborah Parker, reflecting on her own experience with her students, suggests that ‘this is an area where students can do some original research as well.’

The essential question remains: will Dante’s poetry itself survive through these popular adaptations, of which Dan Brown’s Inferno is just the latest example? Deborah Parker refers to Beatrice’s words to Virgil about his fame, which ‘shall endure as long as the world lasts’ (Inf. II. 60, Mandelbaum). Considering Dante’s pride she thinks he would have hoped for the same for his poetry—and she believes it will certainly endure even through these rough times. In a word: “Absolutely!” 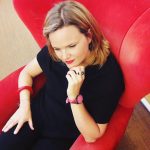 Molly McIlwrath leads art historical tours and specializes in family tours in and around Florence and lives in Pistoia, enjoying the best of both cities. Her personal site is www.LetterArteMente.com. 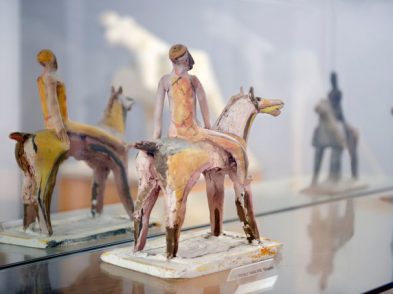 All eyes will soon be on Pistoia, as it was selected Italy’s culture capital for 2017 and recently listed among Lonely Planet’s top ten cities in the world to visit ... 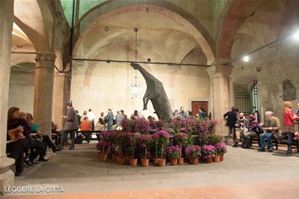 People often think of the towns beyond Florence as sleepy places with nothing much to offer. Just a 35-minute train ride away, Pistoia is anything but sleepy. Since The Florentine’s last articles about this small city (see theflr.net/pistoia1 and theflr.net/pistoia2), there is even