Foreigners in Florence are a particular breed. We arrive fresh-faced and naïve, with limited language skills, few friends and often delusional levels of optimism about the opportunities available. When planning my first stay outside the safety net of study abroad, I was confident that I’d immediately secure a glamorous ‘expat job’ in the art or publishing worlds.

I figured I’d get a foot in by teaching my native tongue. I reveled in visions of sweet Italian children sitting attentively at their desks, giggling when they got the occasional glare from me, their hallowed maestra. But the life of a tutor-on-speed-dial is quite different. The day that my strangest student took a knife to his workbook was the day that I knew I must really love Italy.

Early on in their Italian lives, wide-eyed transplants will do just about anything to make staying stick. While friends back home lament the banality of postgraduate bar work, we apply for, and often accept, any number of bizarre positions.

Convinced that juggling a range of strange jobs was an experience that most madrelingue inglesi knew intimately, I asked some friends for their oddest offers or the weirdest ways they’ve made it work over the years. These are their stories. 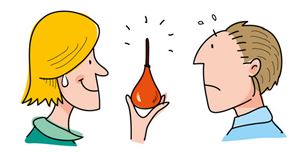 For a few nights one summer, I had to dress in a kimono and serve sushi before an outdoor movie screening. I have NO idea where it even was, as I didn’t know Florence the way I do now, but it seemed funny to be an American dressed in a Japanese kimono serving sushi in Italy.

I answered an ad for translating for a company that made homeopathic products, and the man who placed it launched directly into his spiel. My role would be trying out a line of enemas and writing an English description of each one. I was so taken aback by the very idea of an enema, let alone a series of them that I would then immortalize with a written description, that I hung up straight away.

I curried horses. This was one of several part-time jobs for which I was decidedly unqualified but which beat teaching English at a ‘method school.’

I was a ‘jack of all trades,’ renting apartments to foreigners and fixing boilers. I helped people obtain dual citizenship, translating and schmoozing in local offices. I also became a wedding celebrant, holding symbolic Tuscan weddings for foreigners.

A woman needed summer help with her daughter. I thought it was the best gig—20 euro per hour to read stories! But she handed me her daughter’s homework and asked me to do it for her, including the end-of-summer book report!  The daughter went to some fancy international school and she didn’t want her to fall behind.

I worked for a company that bought museum tickets and resold them, spending a lot of time convincing people it wasn’t a scam. A few months after I quit, the owner showed up on hidden camera, railing against a journalist who was investigating the state of tourism in Florence after he had bothered ‘one of her girls.’

I turned up for an interview, and after the standard questions, the panel asked me to order a pizza. I assumed we were celebrating my new job, so I took my phone out and looked around expectantly for someone to tell me the number, before being told that I was obviously supposed to pretend. I had to make my fake hand-phone ‘ring,’ and the man opposite me ‘answered’ his fake hand-phone and I ‘ordered’ a delicious pizza.