Art at its heart

Italy counts more masterworks and UNESCO World Heritage sites than any other country in the world, so what would next year?s Universal Exposition in Milan be if it didn?t have art at its heart? Organisers of Expo 2015, the international fair that runs May 1 to October 31 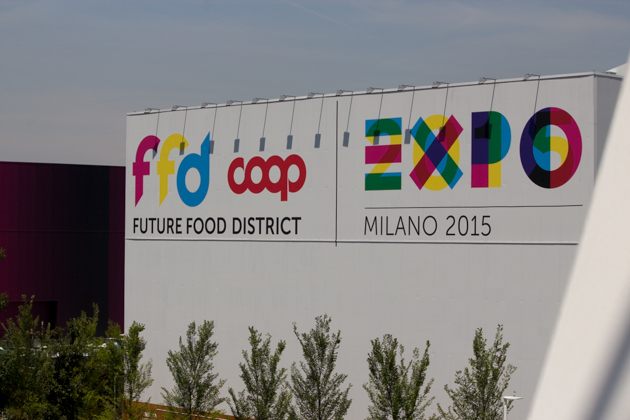 Italy counts more masterworks and UNESCO World Heritage sites than any other country in the world, so what would next year’s Universal Exposition in Milan be if it didn’t have art at its heart? Organisers of Expo 2015, the international fair that runs May 1 to October 31 and is expected to draw some 20 million visitors to Milan, recently announced the five artworks selected for the Italian Pavilion.

Among the five works chosen to represent both Italy and the central theme of the Expo ‘Feeding the Planet, Energy for Life’ are two masterpieces from the nineteenth and twentieth centuries: contemporary Sicilian painter Renato Guttuso‘s highly symbolic La Vucciria and a glorious marble statue of Greek goddess Hebe by neoclassical maestro Antonio Canova.

On loan from the University of Palermo, Guttuso’s large oil on canvas is intended to reflect the vibrancy and intensity of the bustling Palermo neighbourhood market called La Vucciria, which means confusion in the Sicilian dialect. The rich imagery and colour of La Vucciria (1974), one of the Sicilian artist’s most important works, faithfully depicts the intense sights and smells of this historic street market.

On loan from the Civic Museums of Forl, Canova’s most masterful depiction of Hebe (he made four different versions), daughter of Zeus and Hera, goddess of youth and cupbearer of the gods of Olympus, was sculpted between 1816 and 1817. The large marble featuring bronze elements highlights the importance of drink and food to both the gods and humankind.

The other three artworks represent Italy’s centuries-old artistic heritage. Two of these are classical marble statues depicting Demeter, the goddess of agriculture and protector of the Earth in ancient Greek culture. On loan from Florence’s Uffizi Gallery and the Vatican Museums in Rome, the two versions of Demeter represent the vital importance of grains and all fruits of the Earth to humankind.

The last work is a rare archaeological artefact: a polychromatic marble table support (‘trapezophoros’), depicting two griffins attacking a deer. Dating from the fourth century BCE, it is also a symbol of one of Italy?s most important activities: the recovery of stolen works of art. Illegally excavated in the 1970s in Ascoli Satriano, in the province of Foggia, it was recovered in 2007 from the Paul Getty Museum in Los Angeles.

Other art to Milan –  Vittorio Sgarbi, outspoken art critic and culture ambassador for the Lombardy region at Expo 2015, has his own wish list of Italian artworks for display in Milan during Expo 2015. Among these are Giuseppe Archimboldo’s famed Portrait with Vegetables (The Greengrocer), the inspiration for the Expo 2015 mascot, ‘Foody’, which Cremona’s Museo Civico Ala Ponzone recently agreed to loan for four months; and Botticelli’s Birth of Venus, housed at the Uffizi Gallery, which culture minister Dario Franceschini has said must be subject to an official request. Sgarbi earlier submitted such a request for the Riace Warriors, housed at the Magna Grecia national museum in Reggio Calabria; however, the special commission that reviewed the request determined that the life-sized bronze statues dating from 460 BCE were too fragile to be moved.

Canadian-born with Italian origins, Brenda Dionisi holds a Master's Degree in Textual Competence in Publishing and the Media from the University of Siena for Foreigners and an Honours B.A. from the University of Toronto in Criminology and Italian Studies. Formerly managing editor at TF, she now freelances as journalist and editor for a range of English-language outlets. Follow her on Twitter @brendadionisi and see her on video at http://tinyurl.com/a2xhe3d.

From Giotto to Caravaggio, more than 1,000 masterworks from Florence’s Uffizi Gallery are currently on virtual display in Milan.   Organized in collaboration with the city of Milan, the ...

Procacci takes its truffle to Milan

Florence’s venerable delicatessen in via Tornabuoni, Procacci, has opened a new outpost.    Located in one of Milan’s trendiest areas, at corso Garibaldi 79, the new shop offers ample seating ...

Will there be enough for everyone?

It is estimated that the world’s human population will reach almost 10 billion by 2050—a 40 percent increase that will double global food demand. With dwindling natural resources, worsened by the negative effects of climate change, the challenge of producing enough food to feed the entire