Buzz is building around Florentine band Celluloid Jam, a full-blown artistic collective set to release their first EP with White Forest Records. Naturally, I jumped at the chance to meet up with my friends Jerro, synth magician and composer, Cate, retro-glam diva and the group’s resident

Buzz is building around Florentine band Celluloid Jam, a full-blown artistic collective set to release their first EP with White Forest Records. Naturally, I jumped at the chance to meet up with my friends Jerro, synth magician and composer, Cate, retro-glam diva and the group’s resident fashionista, and David, inspired video maker and aesthete, on a sunny afternoon. We sat down for this exclusive chat about the group’s past, present and future.

TF: What comes to mind when defining Celluloid Jam?

CJ: The project officially started in March 2013, when we met David, visual artist and video maker, and the current lineup was formed. The seed of the idea was there years before, but it took us some time to figure out where we were going, and if we were going anywhere at all! Our music can hardly fit into just one genre. Lately, we’re sticking with “electro-pop” as a definition, but that doesn’t limit us in terms of what we intend to explore and achieve. Plus, Celluloid Jam is not merely a musical project: David adds a whole visual world to the music, and we’d like Celluloid Jam to become even more comprehensive.

CJ: Our hope for the future would be to create a collective movement, a community based on the belief that each and every form of art is worthwhile. We want to give the audience a more diverse and unconventional artistic experience, allowing them to explore music, visual arts, photography, painting, graphics, fashion—anything that feels like art to us—all together. The dream would be to build an artistic network including all sorts of talented, creative people interested in expanding connections among different artforms and joining forces to create something new entirely… Hell, we could start a whole new artistic movement! We don’t want to be just another band releasing albums every other year (not that there’s anything wrong with that!) We wish to create and be part of a larger artistic community.

TF: Now your first EP is about to be released and there’s a record label backing you and believing in you. How’s that going to change things?

CJ: A new chapter is opening in our lives and we feel like anything is possible. Until now we’ve been performing a lot, but we never had the chance to distribute our music on a large scale. We’ve been doing everything by ourselves: self-promotion, recording, bookings, et cetera. But now, having White Forest Records backing us, we should be able to bring our performances to a wider audience and have great opportunities for personal and artistic growth. Our hometown Florence has always been welcoming and enthusiastic about our work, but it’s been wonderful to find out we also have fans far from home: wherever we perform lately, we find new and old supporters who follow our work and ask us for autographs or pictures—or even a piece of glitter from Cate’s makeup! We must say it’s mind-blowing. It feels good to be supported and followed by all these amazing people.

TF: Can we get a glimpse of the creative process? How do you construct your performances?

CJ: It starts with the music: Jerro in his room, with his synth and a drum machine.

After the melodic ground is settled, Cate brings in her voice and adds the lyrics. Then, David’s work begins. We brainstorm using images, ideas and fashion inspiration, looking for the perfect way to visually communicate our message. Finally, David creates a video work of art to go with the music. In the end, there is no gap between the visual part and the music: they go together as a whole new creation. In that sense, we really are a collective: a very delicate balance of different elements and attitudes that merge to form the final act that we perform.

TF: These days, it’s not easy to make a living off being an artist, particularly in Italy. Do you foresee any future traveling or moves to other countries?

CJ: Sure, it’s very difficult to find people that survive off of their art alone, in today’s struggling society. We do hope to be lucky enough to do that, and we’re aware that a project like ours could spread to a much wider audience—for example, in the U.S. So we definitely want to explore what other places have to offer, but there’s no rush. We will never forget where we come from: we wouldn’t be here if it weren’t for all the people who believed in us from the very beginning, right here in Florence and in Italy. Amazing possibilities now stand before us, particularly in Italy, but who knows what the future holds.

Update: Celluloid Jam made magic happen on April 17 at Tasso Hostel with a rousing release party for their new EP Youth, in collaboration with The Florentine. Don’t miss their next performance at the Limonaia del Museo Stibbert on May 9.

All photos by Carlotta Nucci for The Florentine

Carlotta Nucci was born in Florence to an Italian mother and an American father. Being bilingual has divided her mind in two sections, often leading her to switch words around and be misunderstood a lot. She graduated in political science while studying photography and performing with her band. Now, against all odds, she dreams of living an artistic life in the countryside, writing, playing music and taking pictures. 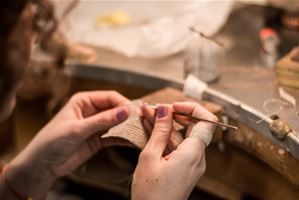 The Florentine at Officine Nora

Set in the perfect Oltrarno-style location, which could just as easily be found in Berlin’s Mitte or Manhattan’s Lower East Side, you come across the new jewellery workshop Officine Nora ... 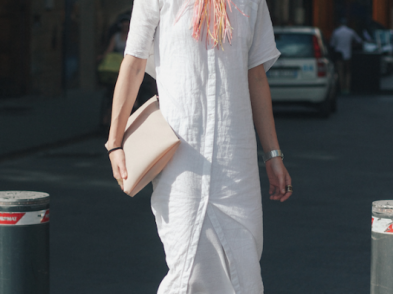 all photos by Elke Numeyer                      We can all make a few frank admissions about Florentine fashion: the Renaissance city doesn’t dictate style codes quite like it used to.‘Tuscany’ and ‘trendsetting’ aren& 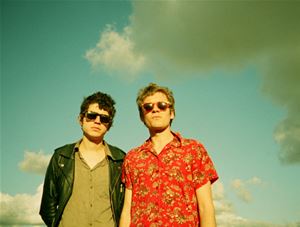 Live Music in Florence in June 2015

Looking for live music in Florence? Here are The Florentine’s picks for June. For updates and more music events, check out TF Weekly, updated every Thursday. Crocodiles    IDM ...