Prato has long lived in its neighbor’s shadow. But the second largest city in Tuscany has recently undergone a modern revival with the opening of new locales. With hip crowds and refreshing venues, the city center of Prato may be this summer’s best-kept secret, and

Prato has long lived in its neighbor’s shadow. But the second largest city in Tuscany has recently undergone a modern revival with the opening of new locales. With hip crowds and refreshing venues, the city center of Prato may be this summer’s best-kept secret, and the places below are perfect for savoring the warm weather.

Situated over the ancient walls of Prato, between piazza Mercatale and the Bisenzio river, Il Bastione delle Forche is a 16th-century fortress once used to carry out public executions. Today, this architectural fortress is undergoing restoration, but its terrace is open to the public all summer long for spectacular views of the city. Events feature food, drinks, live music and DJ sets. The balcony opens at 7.30pm every night except Tuesdays.

Giardino Buonamici, a rooftop garden near Palazzo Pretorio, is one of Prato’s hidden treasures. Climb up its 16th-century double staircase and enter the spacious oasis enclosed by the textile city’s defensive walls, which date to 1000 AD. Acquired by the Province of Prato in 1996, the local government organizes events in the garden all summer long, including a beer festival, music concerts and theatrical performances.

Located in the gardens of piazza Mercatale, Il Tondo is a restaurant and pizzeria serving up food, drinks, live music and theatrical performances in an outdoor space. With its casual and lively atmosphere, the diner is ideal for getting a beer and spending a night among friends. It’s open every night this summer and entrance is free.

Catch a film under the stars at Castello dell’Imperatore surrounded by Swabian architecture and bright limestone walls. This medieval palace-turned-arena will showcase 40 films this season including Paolo Sorrentino’s Youth. The top of the castle is also one of the best places in town to catch a bird’s-eye view of Prato.All films will begin at 9.45pm and admission costs 6 or 5 euro reduced.

Valentina Wurth is a freelance writer working on her first novel. She has a bachelor's degree in English. She reads avidly, is trilingual and drinks too much coffee. 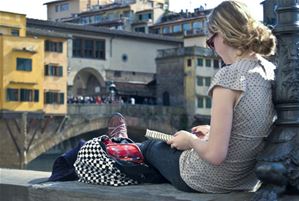 When I first arrived in Florence, for my semester abroad in August 2012, I behaved much like I was on an extended spring-break vacation. It was a period of pure debauchery and I’m sure I only helped perpetuate the stereotype of the American girl gone wild while 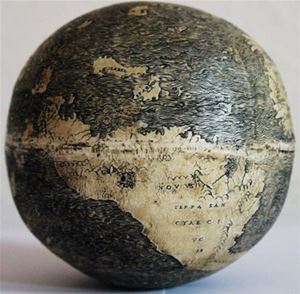 A peculiar object believed to be the oldest globe of the Americas has been found. Drawn on two halves of two ostrich eggs glued together, the discovery was presented on July 8 in Rome at the Italian Geographic Society. Information about its possible cultural and geographic implications has been published

Expectant mothers who need to get the hospital are now guaranteed to receive priority when calling a taxi. This new service by 4390 TaxiFirenze is called 'Premaman' and ensures prompt pickup. Using the service is quite easy: users can either call the company at 055/4390 or indicate that they