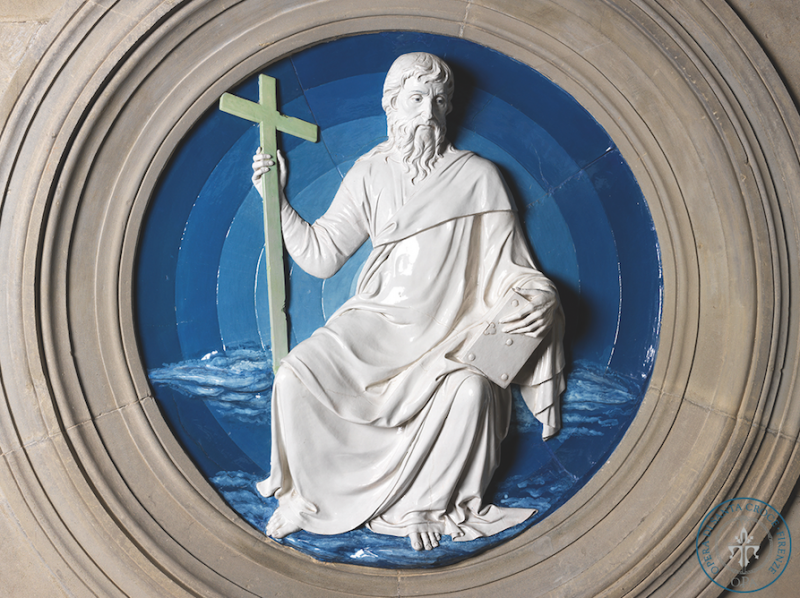 Time is something that is continuously recreated, reborn, starting anew: this happens every day, every season, but also in broader historical periods. Conventionally we use the term ‘Renaissance’ to represent and define an era of our history—between the mid-fourteenth and sixteenth centuries—when new worlds opened up in geography, science and technology, art and architecture, philosophy and politics.

We can say that every restoration project represents a new season. The rediscovery of the beauty of the loggia of the Pazzi Chapel at Santa Croce, with the renewal of its floral decorations, its colors and glazed terracotta putti, brings to life the imaginary garden that, since the fifteenth century, has been the entrance space to the chapel designed by Filippo Brunelleschi. These are physical spaces but also virtual ones, where science and art merge and where the centuries have deposited dust and buried memories. Even though we continue to speak about it, we know little of this space. Mysteries remain with regard to the various stages of its construction; in the many symbols that are a silent coded language; even in the function that such a monumental external space outside might have had.

Restoration partially compensates for that which time erases. It reconstructs materials and colors but also re-reads and suggests new interpretations of what has survived over time. Every restoration is therefore a ‘Renaissance’ of the work in question and its meanings. In this repetition of time, the financial commitment of Andrea Pazzi in the early fifteenth century for the construction of the chapel has been adopted today by the donors who have become keepers of this part of the heritage of all humanity. 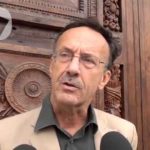 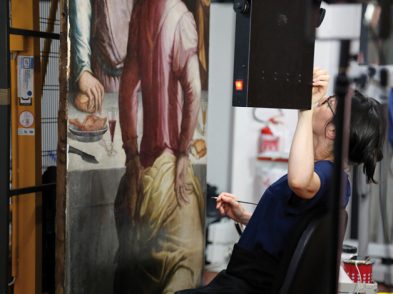 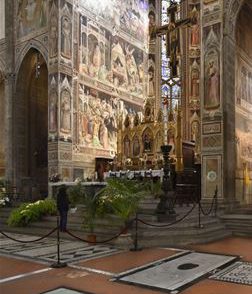 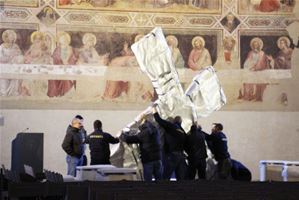