The power of oil

In 2014, I arrived in Tuscany to produce a rare and delicious olive oil with my own hands. Traveling back through Tuscany’s agricultural history, to live and work like the old lavoratore. Picking olives in the fields of Serravalle Pistoiese the traditional way: rising with the sun, and

In 2014, I arrived in Tuscany to produce a rare and delicious olive oil with my own hands. Traveling back through Tuscany’s agricultural history, to live and work like the old lavoratore. Picking olives in the fields of Serravalle Pistoiese the traditional way: rising with the sun, and finishing when the light disappeared over the Apuan Mountains.

That was the dream, anyway. And boy, did it deliver.

It all started in a typical London flatshare, when by chance I met an Italian man, Luigi Balleri, in Dalston, on a street formerly known as Murder Mile, notorious for shootings and gang violence. Now, naturally, it’s a trendy stretch where real estate prices run high.

We enjoyed his family’s oil in our kitchen together and decided to make our own, planning to bring it back to London to share. For me, the opportunity  represented an escape from the industrial cloud that still hangs over England—a move away from the carcinogenic embrace of the big city. A chance to breathe the clean air, free and easy; a chance for Luigi to return to his roots.

Perhaps I am the first Englishman to see this forgotten life close up. I wouldn’t doubt that I am the first man from Liverpool to pick an olive with my bare hands.

But this whole journey began in the worst possible moment. 2014, of course, would be later be remembered darkly as the annus horribilis for all of the major olive producing regions of Italy. The rivers of green gold ran dry.

For Tuscany, in particular, with its social and economic fabric entwined with the success of the olio nuovo – this year was a tragedy. For the workers, the situation was still worse.

My mentor on this journey, Sirio Balleri, Luigi’s nonno, met us in the field that cold November, saying little. He simply extended his hand to show us the shrivelled remains of a few turgid olives, all wrinkled and lifeless. We understood the hopelessness of the situation.

But we wouldn’t be disheartened. Earlier in 2015, we returned to the field, energized by the beautiful weather, and by finding Sirio in much higher spirits.  Higher, indeed—he was 30 feet above us in the canopy, picking the prized frantoiane olives from the highest branches, in a tree that looked older than Christendom. It was an unbelievable sight.

This is a man who does things differently, I thought. He was a daredevil, this olive picker. A man who, despite being born in 1929—the year the New York Stock Exchange collapsed and threw the world into economic chaos—still attends to 300 trees on his own, refusing to even wear gloves. A man who took up Alpine skiing when he was 60 years old; and now flies down well-known avalanche chutes in the Tuscan resort of Abetone like a speeding bullet.

Up in the trees, he showed his talents for aerial acrobatics, clinging to the branches like the famous son of Pistoia, and king of the rings, Yuri Chechi. Me? I preferred my feet on the ground, but I discovered the sound of ripe olives being dislodged from the branch is perhaps the most therapeutic of all the sounds in nature.

My thoughts took me back to the age before the advent of modern machinery, when, sadly, much of the need for a real labour force was diminished. I imagined the mixed farms of Emilia, Tuscany and Umbria—full of workers, thriving.

People still look back on the 1950s as the golden age for the agrarian life, and I now understand this nostalgia. Nothing beats eating hearty seasonal food, surrounded by green, sitting on the upturned casetta with the other workers, breathing in the outdoors, really being and doing.

In Tuscany, I finally felt in true touch with nature—something I have craved all my life in England. I slept like a baby each night. My brain was clean. All stress disappeared. No pills: a stint out in the open country, in good company, was the only prescription I needed. 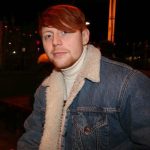 Martin Higgins is a freelance writer from Liverpool who specialises in contemporary art, music and culture. He currently lives between London and Tuscany and is mad about olive oil.