Wondering what English language films are playing in Florence in March 2016? TF has the answer every month.

(Rocco and his brothers)

Shown in Italian with English subtitles 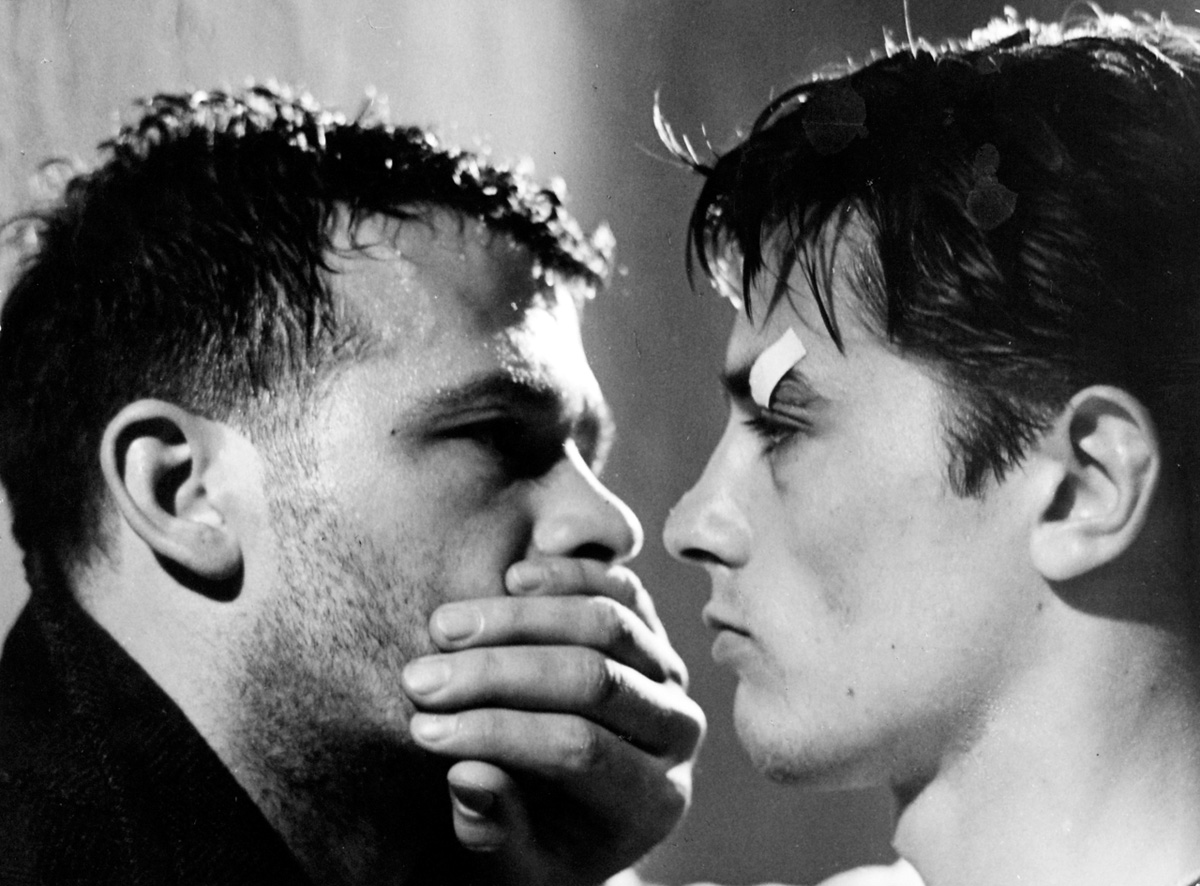 Visconti’s great 1960 movie about migration from the agricultural South of Italy to the industrialised North and its consequences has a special resonance in our time. His impressive mix of neorealism and operatic melodrama perfectly captures the difficulties the five brothers of the Parondi family have in adjusting and settling in Milan under intense matriarchal dominance. For some, the future is rosy; for others, gone astray, disaster ensues. Society is completely to blame, said Visconti. 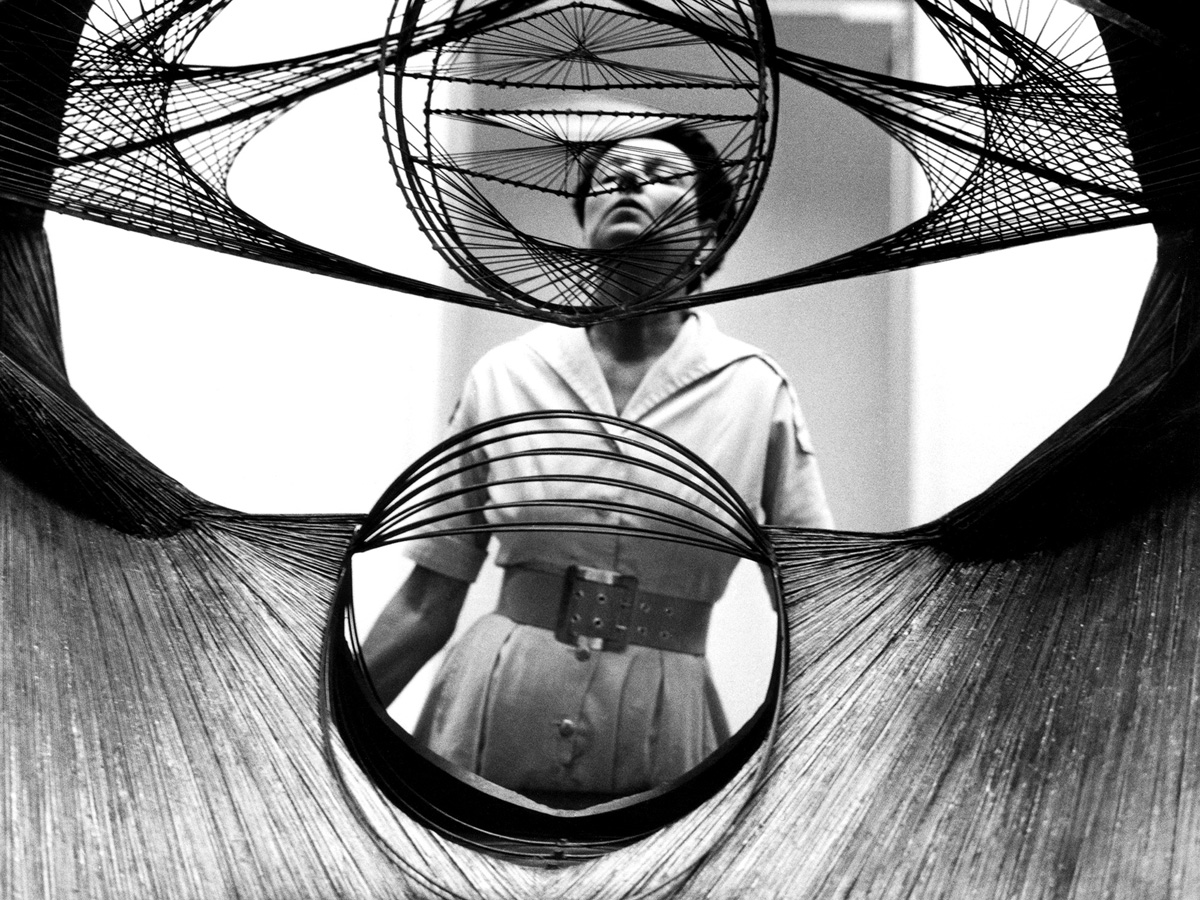 A portrait of an extraordinary arts patron who transformed a modest fortune and impeccable taste into one of the premier collections of 20th century art. ‘Ms. Vreeland has paced her documentary well, a chapter to each era, with hundreds of beautiful images spanning decades of artists, galleries, parties, scenes. She also makes good use of interviews Guggenheim gave to a biographer a couple of years before her death in 1979’ (New York Times). ‘If the documentary isn’t especially deep, maybe that’s because its subject wasn’t’ (Boston Globe). ‘Guggenheim may not be news to the art world, but for the rest of us the film might stir wishful nostalgia for a breakthrough time in cultural history’ (Village Voice). ‘Guggenheim is such a fascinating figure that few will snipe at a character analysis that rarely gets below
the surface’ (Variety). 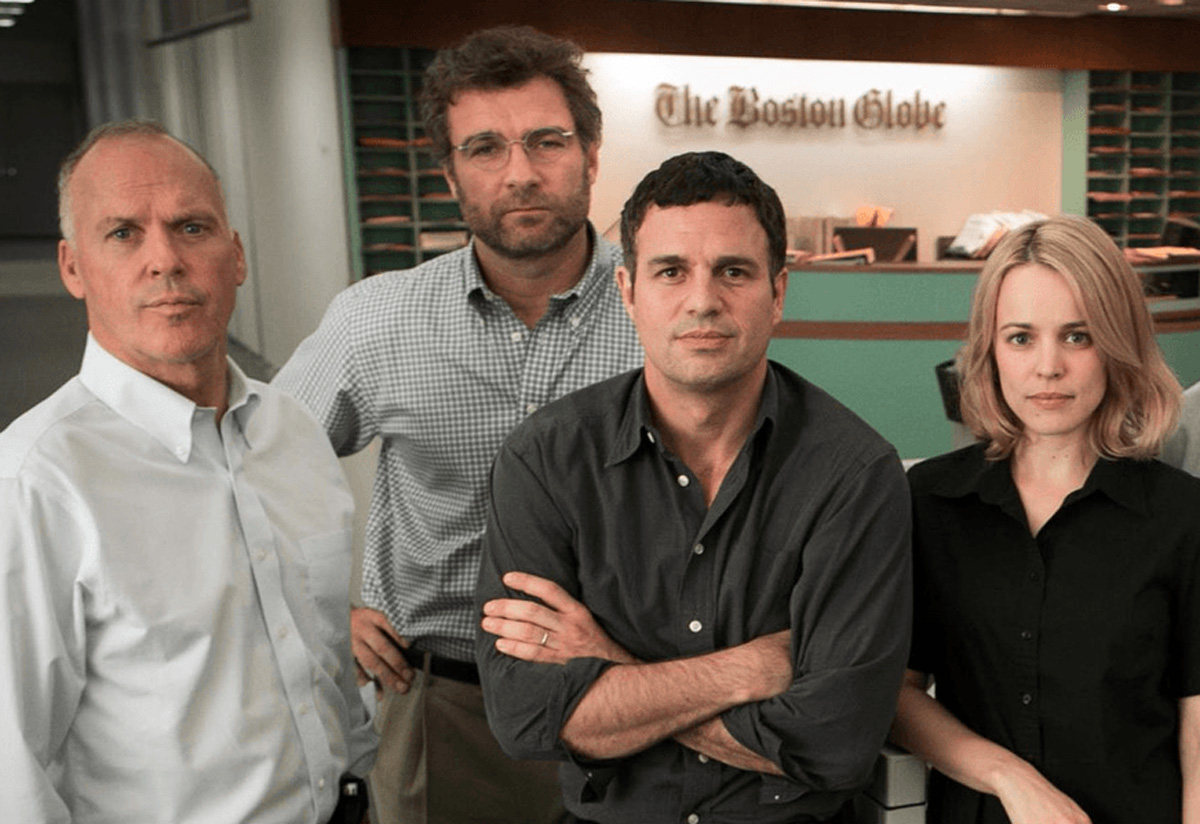 Break the story. Break the silence. The Boston Globe investigation into rampant paedophilia in the Catholic Church and the sleazy machinations of bishops and others to cover up and protect perpetrators is the chilling subject of this gripping film, which just won the Academy Award for Best Picture. ‘It’s a more subtle, damning film for implicating the media—as much as the church, the courts, the legal profession and other Boston institutions—in the systematic, wider cultural cover-up it describes’ (Time Out). ‘For all of its modesty and dedication to process, Spotlight winds up being a startlingly emotional experience, and not just for filmgoers with intimate knowledge of the culture it depicts’ (Washington Post). ‘One of the reasons that Spotlight is so deeply, absurdly satisfying to this newspaper writer—is that Tom McCarthy’s movie doesn’t turn its journalists into heroes. It just lets them do their jobs, as tedious and critical as those are, with a realism that grips an audience almost in spite of itself’ (Boston Globe). ‘This material can’t help but be interesting, even compelling up to a point, but its prosaic presentation suggests that the story’s full potential, encompassing deep, disturbing and enduring pain on all sides of the issue, has only begun to be touched’ (Hollywood Reporter). 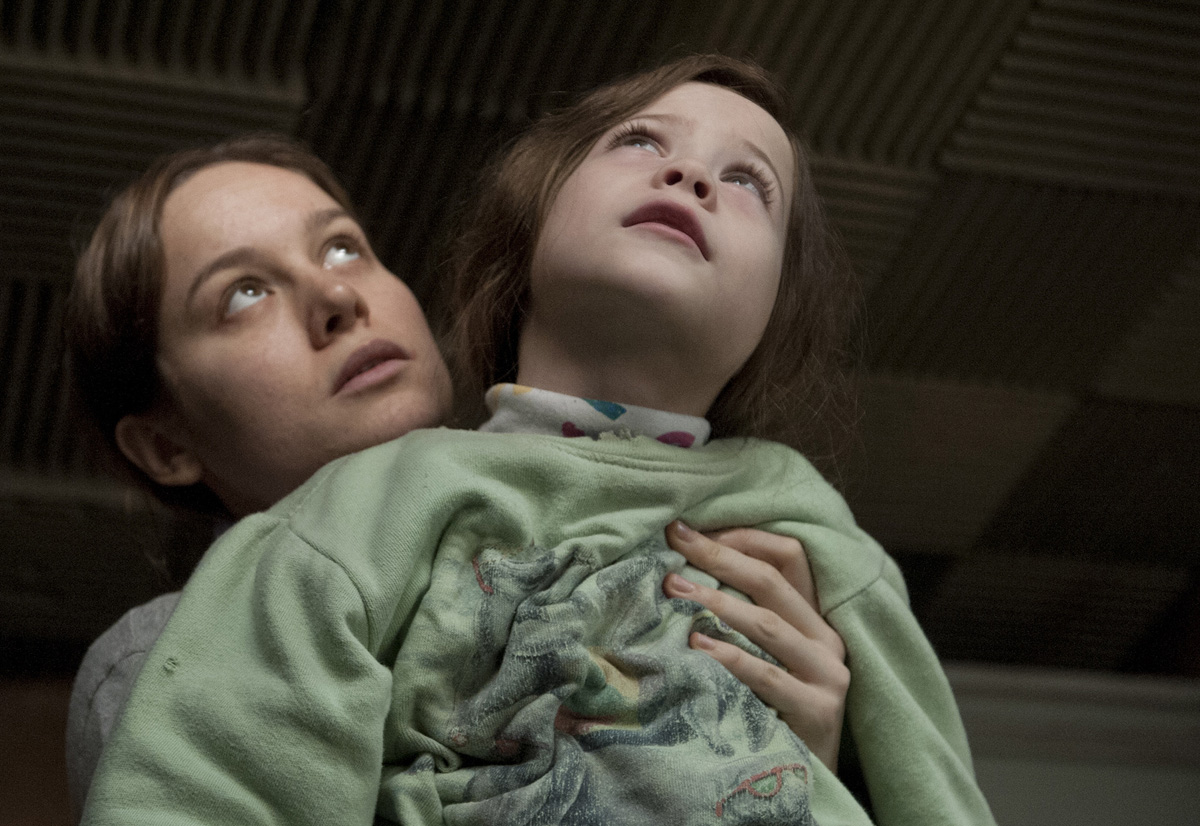 Love knows no boundaries. Room is a BAFTA Award winning story of confinement and parenthood. ‘This drama is as big as all outdoors in scope; poetic and profound in its exploration of the senses; blessed with two transcendent performances, by Brie Larson and Jacob Tremblay; and as elegantly wrought as any film that has come our way in a very long while’ (Wall Street Journal). ‘It just might be the most impressive piece of filmmaking I’ve seen in 2015, and it features a great lead performance by a rising star, a memorable supporting role by a familiar veteran—and one of the most amazing acting jobs by a child I’ve ever seen’ (Chicago Sun-Times). ‘Though it goes to places as dark as any you could imagine, Room carries at its heart a message of hope: Two people in four walls can create a world worth surviving for, if they love each other enough’ (Slate). ‘While it flickers with grace and imagination during its initial half, largely because of Jack, it devolves into a dreary, platitudinous therapy movie in its second, largely because of
Ma’ (New York Times). 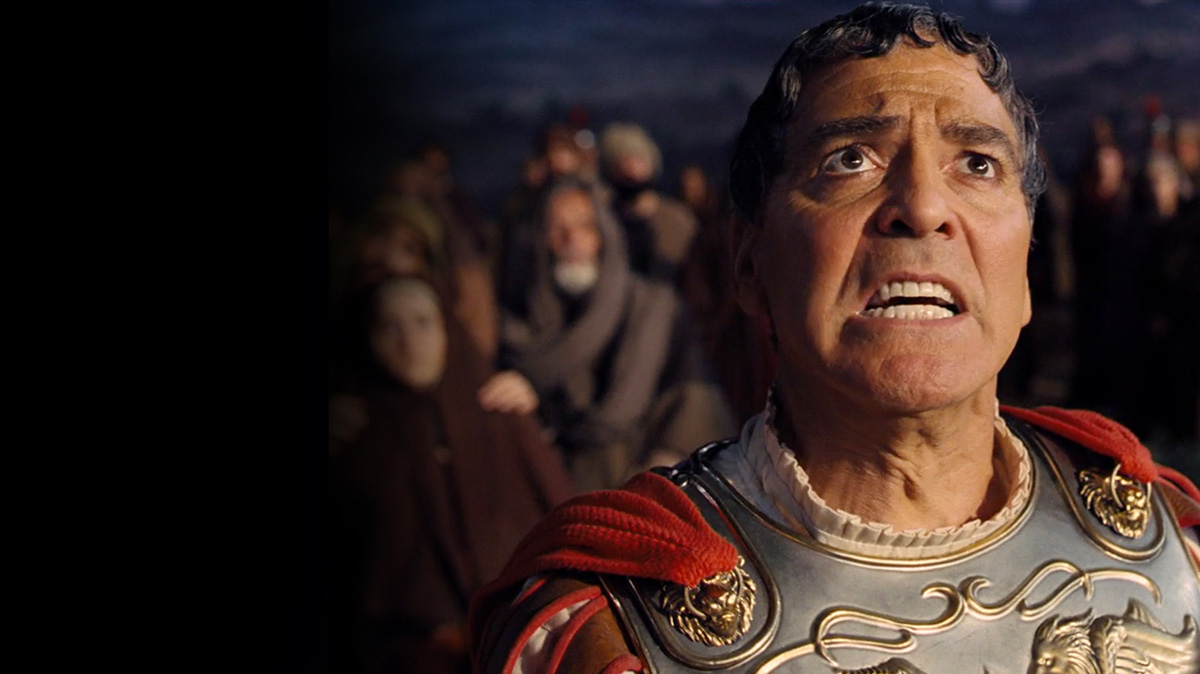 A Coen Brothers movie about the Golden Age of Hollywood. ’50s nostalgia again as fixer Eddie Mannix has to deal with kidnapping and a gossip columnist. ‘A comedy, and a scintillating, uproarious one, filled with fast and light touches of exquisite incongruity in scenes that have the expansiveness of relaxed precision, performed and timed with the spontaneous authority of jazz’ (The New Yorker). ‘If the Coen brothers’ dramas are cautionary tales, their comedies are veritable how-to guides for people who can’t help but enjoy a mirthless chuckle at the humility of human existence. Yeah, the joke is on us, but that doesn’t mean it isn’t funny’ (Slate). ‘It’s Coen lite, basically, but still filled with their best signatures: cracked humor, indelible characters, and cinematography so rich and saturated you want to dunk a cookie in it’ (Entertainment Weekly). ‘A dispiritingly vitriolic, only sporadically funny satire of ’50s Hollywood, Hail, Caesar! verifies a suspicion long held here, that the Coen brothers, Joel and Ethan, really hate the movies’ (Wall Street Journal). ‘Hail, Caesar! is a lot of fun, and beautifully crafted, too. One to
savour’ (Guardian).

For more details and show times, see the Odeon website.