Anyone wandering through piazza della Signoria over the last few weeks cannot have failed to have seen the new installation of bronze sculptures by controversial Flemish artist Jan Fabre in lieu of Jeff Koons’ gold-coloured stainless steel work, Pluto and Proserpina. Fabre’s tripartite exhibition Spiritual Guards consists of around 100 bronze and wax designs displayed concurrently with other examples of the multidisciplinary artist’s performance pieces and videos. Jan Fabre has described the interactive exhibition as an “encouragement to live a heroic life, be it in war or unarmed in defence of the imagination and beauty”. A noble sentiment I’m sure many Florentines would like to be accused of.

When I first caught sight of the larger sculpture entitled “Searching for Utopia”, my first thoughts were of the Roald Dahl short story ‘The Boy Who Talked with Animals,’ in which a young and unusually linguistically gifted child escapes the “cruel” world of adults on a giant sea turtle off the coast of Jamaica. In that instance the child was in pursuit of his own utopian existence. This sculpture, of the artist himself cast in bronze astride a tortoise, seems to me to have found a fitting temporary home in such a historically cultural and beautiful piazza.

The new drive for more contemporary art to be displayed in Florence is being pushed by mayor Dario Nardella and Fabrizio Moretti, secretary-general of the city’s International Antiques Biennale. Their aim is to attract a new breed of cultural tourists and to bring back more of the irreverent and progressive feel that Florence was originally known for during the birth of the Renaissance. The new playful installations in piazza della Signoria remind me of London’s Fourth Plinth, a highly regarded platform for modern art displayed alongside historical works. Not only does this have the effect of refreshing and reviving historical areas but it serves to give gravitas and integrity to a new burgeoning art scene. In this regard I have often felt (perhaps somewhat narcissistically as I live between the two cities) there is a strong link between Florence and London, two very different cities that have both been and still are cultural stomping grounds for art and architecture.

Before moving to Florence, I worked in London at the River Café which was (until very recently) next to, and domestically linked to the architecture firm Rogers Stirk Harbour + Partners. My boss at the restaurant Ruthie Rogers had made a great impact on London cuisine when, 28 years ago, she, alongside the late Rose Gray, opened the River Café as a canteen for the architects, winning great acclaim with their inspirational and influential take on Italian, and primarily Tuscan, cuisine. Her husband, the award-winning architect, Lord Richard Rogers, a Florentine by birth, has also been very vocal about the influence of his home city in his plans and designs. The concept of Florence as an urban ideal in city planning, with its lively and liveable design is referenced in and has motivated much of his work, from the Lloyd’s building to his projects for more open communal spaces, more passeggiate and piazze in the city. Rogers has long expressed his desire to come back and work in Florence, snapping up the opportunity to revive the Scandicci area when it became linked with the tram.

Florence, like all aspirant utopias, is not perfect. Its history has been tumultuous and often bloody. Its status as a World Heritage Site has hindered new and perhaps necessary modernised systems such as a metro from being put in place. It is too heavily dependent, and often overcrowded by tourism. It is over-polluted, seems to me not to benefit from racial integration and, at times, feels like it might be left behind or succumb to a stagnant fate as a fairytale land for tourists. For all Florence’s drawbacks (and in this respect I am often chastised by friends back home for even daring to consider it), I cannot ever seriously complain about this city. Sometimes I have to check myself when I feel myself becoming inured or blinded to its beauty and its rare ability to intertwine majesty, dynamism and intimacy at the same time. For if that fictional, fearsome Florentine resident Hannibal Lecter, an undeniable arbiter of extreme good taste could hide out among the piazzas here, surely it’s good enough for the rest of us. Just ask the man on the tortoise. 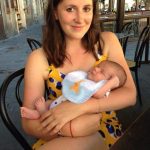 Joanna Drot-Troha is a writer, cult-style enthusiast, inconstant gardener and aspiring feminist warrior based in Florence. She writes for Il Cartello, The Coven and upcoming style bible FanPages. She has recently moved to Florence to be closer to her beautiful family and work on a children’s novel about a truffle-hunting dog. 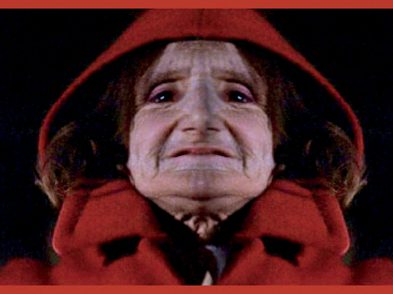 Post-equinox, as the nights draw in towards the Winter Solstice and Halloween is fast upon us, what better time to remember that we are entering the witch season? Don’t Look ... 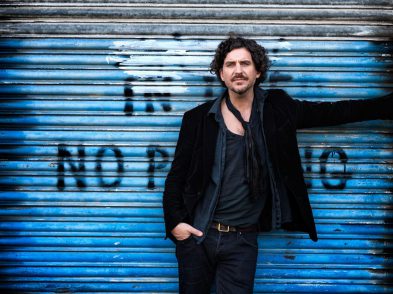 Acclaimed British performance poet Murray Lachlan Young will bring his award-winning, multi-disciplinary repertoire to Florence’s Tasso Hostel for two dates in May. The evenings will be hosted by locally based actor ...