For nearly 3,000 athletes, May 7, 2016 will be remembered as the day they went “through hell and back.” Tiny Cenaia (province of Pisa) will host the harrowing Inferno Run, a 10-kilometer obstacle race where no hurdle is too high, no puddle too muddy. Among those aiming to conquer each “circle” is Wilson Parnell, an American student in Florence whose athletic history—and perspective on Tuscany—read a little different than most.

Born in Washington state, Wilson had his left leg amputated when he was only a year old. With six major surgeries under his belt by the time he reached age five, he and his family moved to Los Angeles, where they’d have easier access to the medical care Wilson needed. 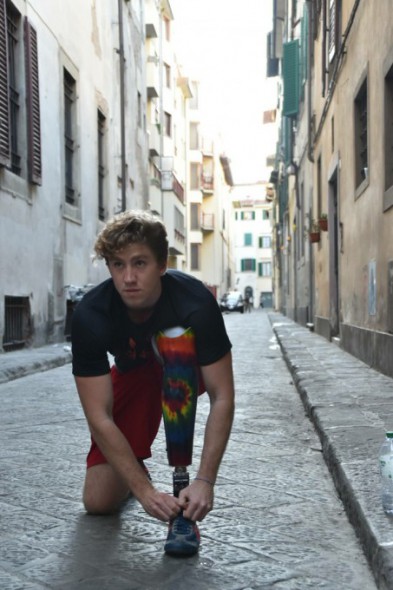 Health complications never kept Wilson from following in his sporty father’s footsteps: he started playing basketball beginning at age four. A life-altering knee surgery shortly thereafter prompted him to take up baseball, golf, tennis and any outdoor activity imaginable. “I was always moving,” he said. “If I couldn’t walk or run at any moment, I was crawling.”

Spurred on by that same adventurous spirit, he decided to study in Florence this semester. Unlike many students in his position, his motivations weren’t rooted in an art history major or dreams of a dolce lifestyle. Language learning was the key factor in his Florentine decision: “I wasn’t drawn so much to Florence but to Italy in general,” he explained. Having inherited Spanish skills from his Argentine mother, spending a semester solidifying his Italian seemed both exciting and feasible.

Now, he’s happy he knew relatively little about Florence before arriving. “As American students, we learn so much about the city and about what it used to be, but being here and taking part in exchanges and conversations with Italian families and students, well, that’s changed my perspective a bit—it’s helped me learn more about what this multicultural city is today, about what it’s becoming and how people actually live and work here now.”

Life in Florence has come with its own set of “obstacles”. But—like those of the race—they’re more logistical than cultural. Wilson’s challenges, as he describes them, don’t register as typical student gripes, but as observations of matter-of-fact adjustments he’s had to make. “I struggled at the start because of all the walking I do here—I think it took an extra toll. But I got a bike and that’s made the city much more accessible,” he explained. “The streets here aren’t exactly made for people with wheelchairs and prosthetics, but that’s just life, it’s a normal thing.” He hasn’t let this hold him back from exploring in bici—often far outside the confines of the center.

Wilson’s deliberate popping of the study-abroad bubble has greatly enhanced his experience. “I love the people here. I can’t really put my finger on what it is about Florence, but I’ve found most people to be welcoming and warm, even if it’s not immediate. But once you talk to them, learn about them, it’s like you’re in with them for life,” he said, noting locals’ likeness to the Argentine side of his family. He added with a laugh, “People here are more helpful and seem nicer to tourists than they are in L.A.”

Ahead of his arrival in Florence, Wilson’s college water polo coaches hinted that he shouldn’t give up his established gym routine for a new gelato habit. But far from hindering his experience, prioritizing physical activity has introduced Wilson to dozens of local people and venues. He currently plays water polo with a casual, mixed-age, multicultural team and continues cardio training at his neighborhood gym, where he became fast friends with the owners. In fact, they were the ones who first slipped him the Inferno Run brochure and ignited his interest.

In his lead up to the race—which Wilson says he “can’t help hoping to win, because I’m really competitive”—he’s launched a crowdfunding project, “One Leg One Love,” to raise money for the Shriners Hospital for Children in Los Angeles, where he received most of his care as a small child. His fundraising goal is 5,000 dollars, but he’s quick to emphasize that positive visibility is the point of the project. “I’ll be excited just to finish the race, really. In Italy, I haven’t seen anyone like me so far,” he said, “but if there’s an Italian kid who’s going through what I went through and sees someone like him doing something like this, that’s a good thing.” 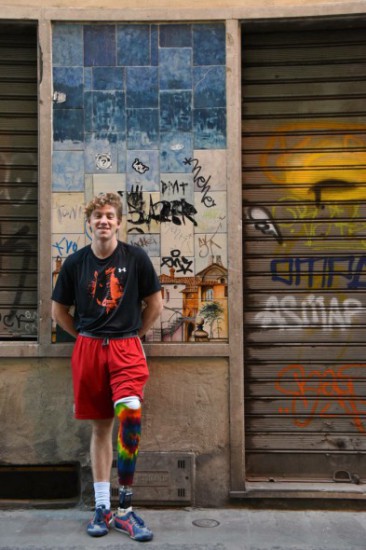 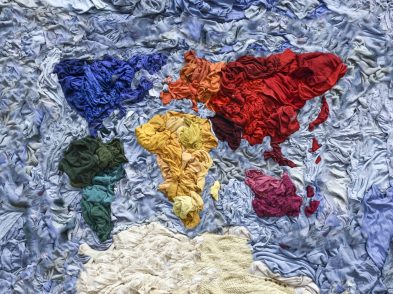