It was once the Ariston, one of the oldest cinemas in Florence. Then it became a bingo hall. Now, after being shuttered for 12 years, the massive space in piazza Ottaviani is the projected site of a model train museum. 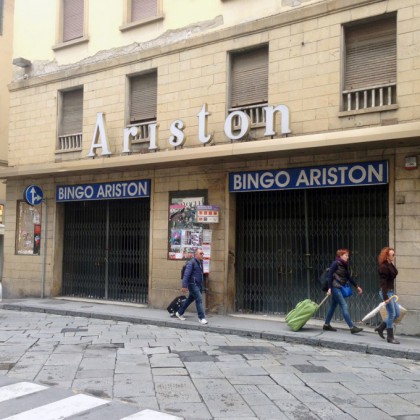 The building, part of Cecchi Gori’s empire until his enterprise’s collapse in the late 1990s, has been bought by marquis Giuseppe di San Giuliano to house his massive model railway collection.

The idea for a museum to house the collection began 15 years ago, and has been kept on track by a group of friends, all model train buffs. Among them is Carlo Brandolini D’Adda, who recalled missing out on pieces at Dreoni Giocattoli: “Every time I went there to locate a vintage locomotive or carriage, I would learn that some other collector had already bought it,” said Brandolini. His rival was San Giuliano. “In the end I decided that I had to meet him. That’s how we became friends.”

The issue in finding an appropriate site has been space to properly display the enormous setup. San Giuliano’s collection of 126 trains and their settings, believed to be worth 700,000 euro, depicts trains old and new, geographies and architectures both real and imaginary.

The models range from steam locomotives to the high-speed German Intercity Express. One station is a cross between those of Milan and Berlin, while another is reminiscent of Vienna’s railway museum housing the Orient Express. The model Dolomites are made from actual mountain rocks. There is a replica of the Falciani war cemetery. There is even a crime scene.

It will take some time to realize the vision, however, as the building requires extensive renovation.