A spring walk in the Maremma

Walking in the Maremma is as natural as cantucci and vin santo. 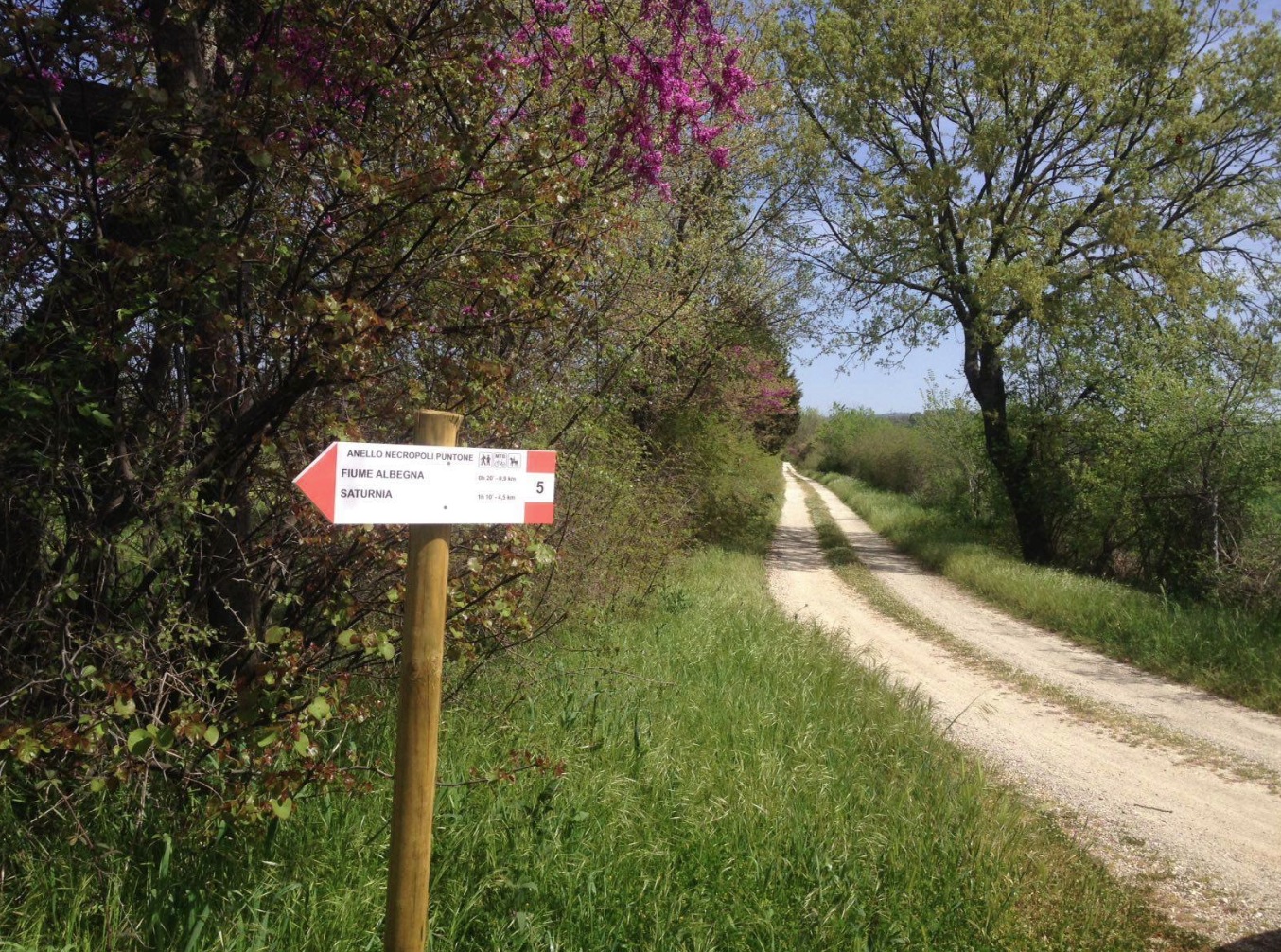 Check out the walking trails around Manciano

One of Tuscany’s most beautiful holiday destinations outside Florence is mainly countryside: the fields and hazy forests outnumber medieval towns and its beloved sheep outnumber the residents. You can follow in the footsteps of Benedictine monks or reclusive eighteenth-century Tuscans and discover the treasures hidden in the region’s southern forests.

That the Maremma is still wild as you imagine and tourism has not yet become its principal source of income is both a blessing and a curse. If you’re itching to spend your spring weekends traipsing through the countryside with nothing but a sandwich in your backpack and not another living soul in sight, then happy travels. But if you want a little more order to your mayhem, it can be hard to find walking trails and tour guides, especially in the more rural areas. 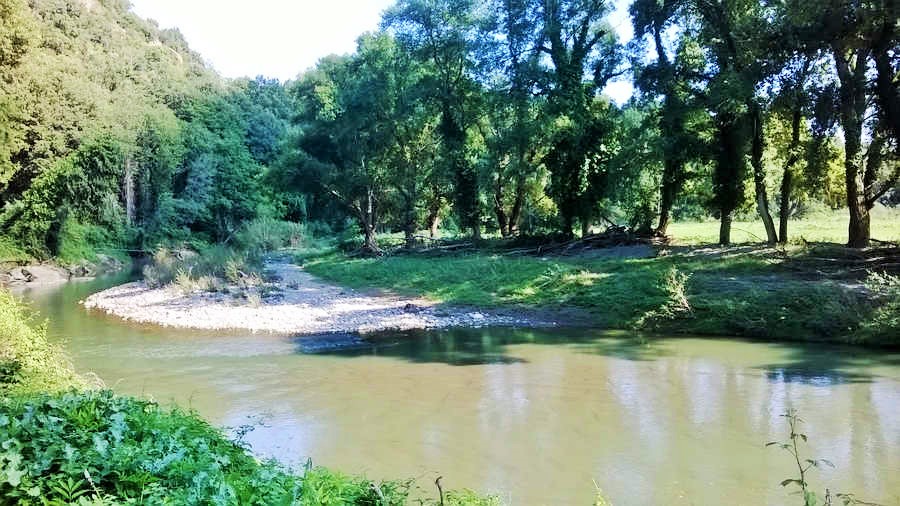 Exploring the beauty of the Fiora Valley has not always been easy. Manciano, for example, hasn’t always been forthcoming with her treasures, much less maps to them. A while back, I set out to find a hermitage that was little more than a local legend, the Eremo di Poggio Conte, the monastery of a band of thirteenth-century Benedictine monks who sought refuge from the hard-to-imagine temptations of the Middle Ages. Emboldened, we got as far as the Fiora River before beating a hasty retreat. Sans map, we weren’t particularly keen to recreate The Blair Witch Project. However, when we gathered our courage for a second attempt, we understood the merits of the monks’ retreat from the world. What remains of their hermitage sits in a glade shadowed by a waterfall. The mood is transcendent as you climb the stone steps to admire the beautiful little church above. Oranges and blues decorate the walls, faded frescoes of flowers and palms painted more than seven centuries ago.

Now, thanks to newly designated walking paths that weave through the Comune di Manciano, home to the internationally famed Saturnia hot springs, you can pick up a map from the tourist information centre and follow the red-tipped arrows to rivers, picnic areas and archaeological sites. 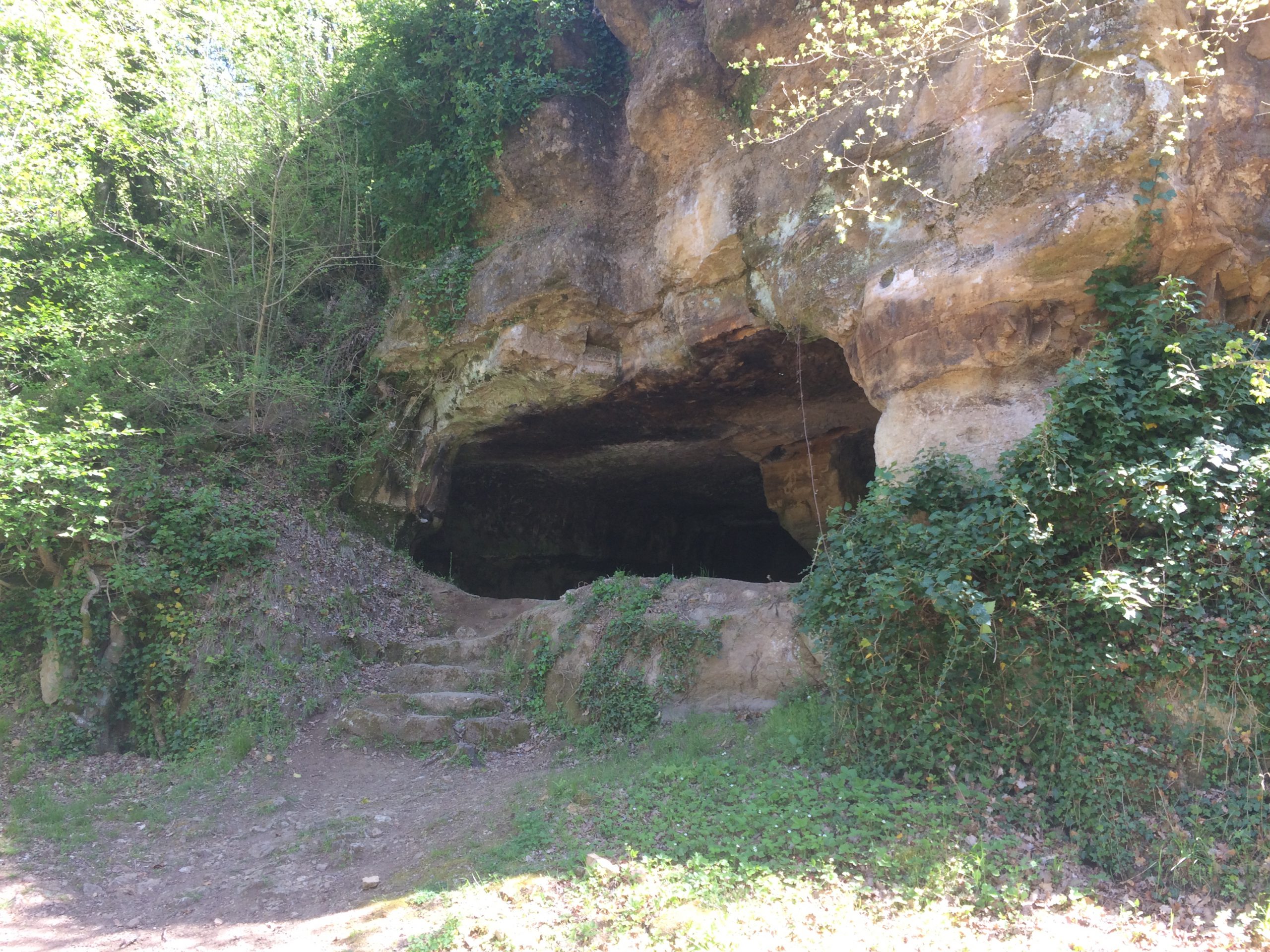 In Vitozza, just outside of Sorano, a well-marked walking trail leads you to another, different community of stone. From as early as the twelfth century, entire families lived in caves. Cut off from the rest of the world, they made their home in the upper-floor caves, housing their livestock below and removing the ladders at night to protect themselves. In the caves, tiny shelves held makeshift ovens and ceramic trinkets. There are more than 200 caves in Vitozza and amazingly some families lived in them until the end of the eighteenth century, when the then grand duke of Tuscany forced them to move.

For pure nature, head to the Maremma’s biggest nature park, the Parco della Maremma, outside Grosseto. Here the walking trails are plentiful and the sights unparalleled. Just keep an eye out for the vacche Maremmane, the area’s own breed of cattle, which roam the park and can become aggressive if bothered. A map of the walking, cycling and canoeing trails is available at the park’s visitor centre. See more at www.parco-maremma.it/en.

It is impossible to cover all of Maremma’s walking trails, designated and undesignated, in one go, but a weekend exploring one of Italy’s most enchanting and pristine environments won’t disappoint. Even if you see nothing more than forests of oaks, that forest will be teeming wild blackberries, artichokes and crabapples begging to be picked, while deer and fox hide in the thickets.

What to avoid? Steer clear of private property. Look for signs such as “Vietato l’ingresso. Proprietà privata.” Fences also signal private property. Watch out for vipers and stinging nettles. The former, while dangerous, is a rarity, especially if you stick to the paths. The latter is harmless but painful.

Those keen to explore this feral and beautiful countryside with fellow nature lovers should put the Explore Maremma Walking Festival, June 1 to 5, 2016, on their calendars. As its name suggests, this week-long festival is all about walking and includes a series of free guided walking tours to various destinations. Among the highlights are the Eremo di Poggio Conte, the bronze-age archaeological site of Sorgenti della Nova and the Etruscan superhighways, the Vie Cave, in Pitigliano.

For more information on walking Manciano, including the Eremo di Poggio Conte, Vitozza, and more, the Explore Maremma Walking Festival. To sign up for tours, go to the Manciano Promozione website, www.mancianopromozione.com.