A group of book lovers that meet every month in the Tuscan towns of Arezzo and Cortona, to unite over the wonders of words and discuss all things literary: this can only be The Tuscan Times Book Club! Launched in September 2015, this informal and fun book club, open to all, celebrates Italian literature in English—although recently the group has chosen a more international reading list. Chosen each month by club founder, Oonagh Stransky, books reflect the tastes and interests of the readers. 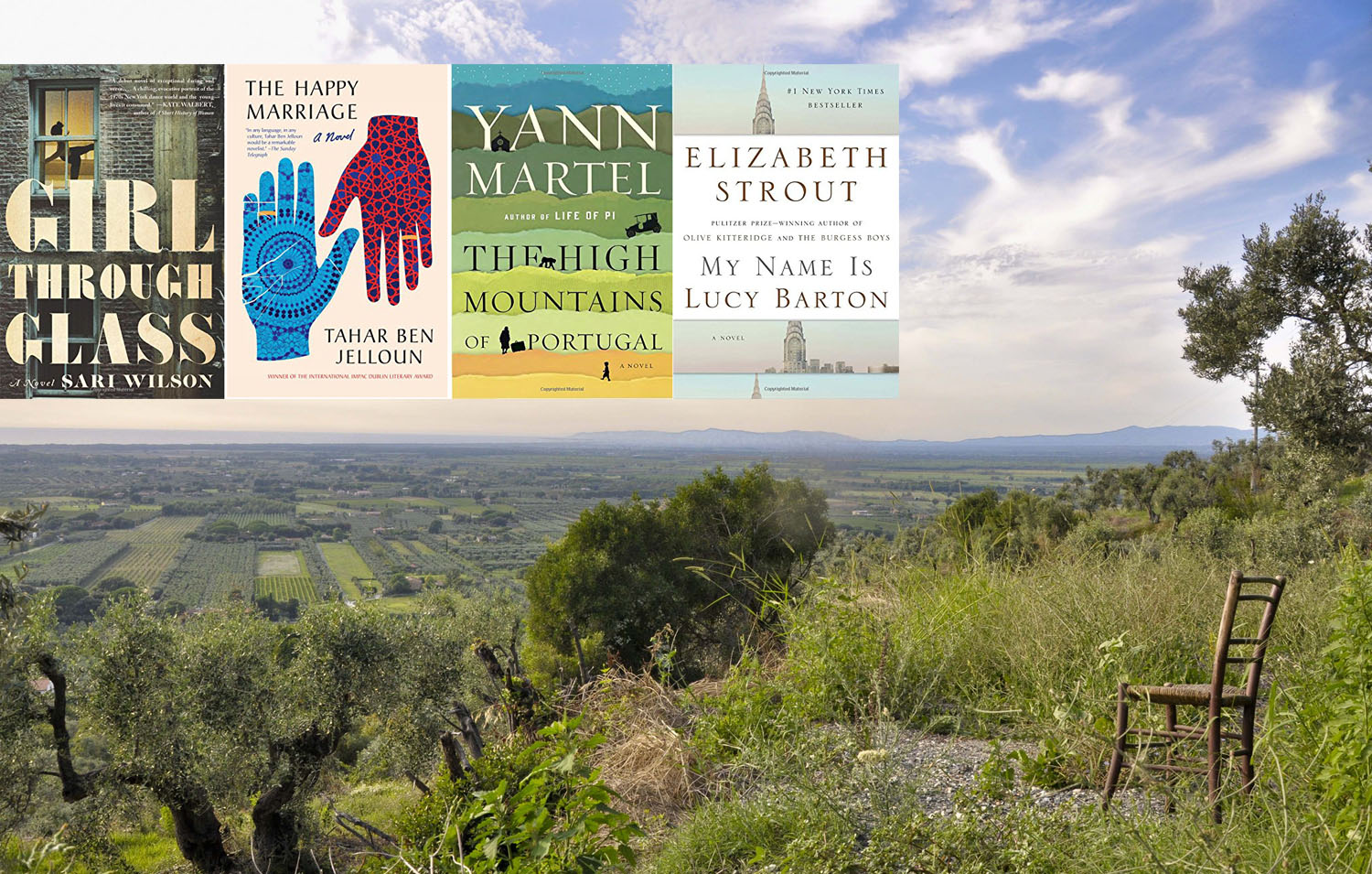 Reading while dreaming of Tuscany

Meetings are held at Arezzo’s refined Casa Museo Ivan Bruschi at 6.30pm or Cortona’s authentic Caffe La Saletta at 5.30pm on the announced dates. If you’re not in Tuscany, consider this a great book club reading list – and feel free to add to the discussion in The Tuscan Times Book Club Facebook group.

As a writer and translator herself, Stransky has helped shed some light on the club’s five books to read in the next few months. Consisting of a mix of contemporary and classical fiction, these five books are fairly easy-going.

Girl Through Glass by Sari Wilson

An intertwining narrative of the past and present of an 11-year old girl named Mira and her quest to become a ballerina in the Big Apple. Wanting an escape from her parents’ unpleasant divorce, she turns to dance for a sense of hope and potential success. Her relationship with her 47-year old mentor, Maurice DuPont, becomes ever stronger as she climbs higher into the competitive ballet world, so much so that unforeseen feelings capsize their whole lives. Fast forward to the present day and we see a reinvented woman named Kate, a dance professor. But the plot thickens when she receives a letter from the ghost of her past, throwing her back to face the secrets she thought she’d left behind. This novel offers a heart-wrenching story of a girl who grew up too quickly; it will leave you engrossed, in deep thought and wishing for more.

Buy Girl Through Glass on Amazon.com

The High Mountains of Portugal by Yann Martel

The author of Life of Pi offers us another exciting journey to embark on with this New York Times Bestseller. Filled with imagination and entirely fresh literary material, yet still incorporating familiar themes, Martel’s latest novel and engaging style will charm you. The novel revolves around central character Tomás, who sets out on a mission to redefine history, after finding a mysterious and meaningful ancient journal. His captivating conquest through last century Portugal is very much impacted by a Portuguese pathologist and Canadian statesperson, who play an important role towards a rather unexpected conclusion. Highlighting the simple pleasures in life, while touching on themes of great loss and love, compassion and humour, this book gives great insight into human identity and makes for a truly outstanding book club choice.

Buy The High Mountains of Portugal on Amazon.com

My Name is Lucy Barton by Elizabeth Strout

The recent novel My Name is Lucy Barton by award-winning author, Elizabeth Strout, is another golden read reinforcing the real meaning of family. The tender relationship between mother and daughter is given a complicated but somewhat modern sense when after many years of separation, Lucy’s mother comes to visit her in the hospital and the two reconnect. Written in Lucy’s attentive and humanistic voic, Strout’s heartfelt story has a simple yet powerful message. From the pangs of loneliness to aching devotion, this is another New York Times Bestseller that provokes all kinds of emotion, making for a truly unforgettable account.

Written by one of Morocco’s most celebrated living authors, Tahar Ben Jelloun, this tells the tale of one couple’s messy marriage, shedding light on both sides of the story. When the husband becomes paralyzed by a stroke and is confined by his illness, he concludes that his unhappy marriage must be the reason for his deterioration, and ultimately writes these thoughts as way of release, in his own private book. His wife soon discovers it and composes her own narrative reinterpretation in response.  This novel, though simplistic in style, adopts a roughened structure, much like the marriage it describes. In the modern era, where marriage is still a sacred affair but women’s rights are advancing, who is really right or wrong?

Buy The Happy Marriage on amazon.com

A classical fiction novel of elegance, suspense and passion, Rebecca will leave you spellbound. Set in an estate called Manderley, personified by the humans who live there, the house lives on in memory of the sophisticated Rebecca, the first wife of Mr. DeWinter. Though dead, Rebecca seems to have a hold over the house, due to the hostile nature of the housekeeper and of Mr. DeWinter toward his new wife. The new Mrs. DeWinter, at first daunted by such an attitude, slowly but surely establishes herself, ultimately leading to a surprise ending that will leave the reader with a poignant sense of righteousness.