A street art tour of Florence

Find out about the street art in Florence and where to find it.

Ambling along the street before the summer sun starts to beat down, I’m minding my own business until a figure upon the wall grabs my interest. A quirky red-and-white cartoon character with a striped shirt and propeller hat upon what looks to be a pedal bike, colourful, catchy street art of this kind is now every much part of the Florentine urban cityscape. Florence continues to draw in art lovers from all over the world for its Renaissance beauty and splendour. Sure, the museums are great, but looking outside the walls and toward the vie gives you a sense of the vibrancy of the city’s contemporary creative scene. While street artists like CLET, Exit Enter and Blub are now well known for their street signs, stick men and swimming art, countless other creatives deserve equal street cred. This summer, take to the streets for Florence’s up-tempo outdoor “frescoes”.

Just off piazza Pitti, quaint Oltrarno backstreet via Toscanella vaunts trademark red-and-white figures by Hopnn Yuri, the Marche-born street artist who uses the recurrent theme of bicycles to encourage cycling around the city. Keep walking and you’ll come to piazza della Passera, where you can spot a different kind of street style in the form of wooden sculptures. Tip: look up! Famed for his “urban jungle”, Moradi Il Sedicente sculpts animals found in the city out of reusable materials. If you stroll along the Arno, you might even spot a giraffe at the water’s edge, but not before a quick stop in via dell’Olmo to admire one of the Florentine artist’s distinctive pistols with heart prints. Head downriver and keep your eyes peeled for a face by Sardinia-born masked artist Manu Invisible at the petrol station in piazza Ferrucci, as well as the bright, geometric shapes of Stockholm-to-Tuscany transplant Etnik, found to the right of the lungarno Colombo footpath.

Back in the city centre, via degli Alfani is a prime street art spot in the centre of town. Check out Jamesboy, the man behind the playful halo and wings designs, Roman artist Hogre, with his bold stencil prints matching his capital-lettered name and artistic movement Guerrilla Spam’s controversial messages about politics and the misinformative power of the mass media shown through contorted figures or TV heads. In the likely event that you find yourself searching for more street art, via del Moro, via San Gallo and via Bufalini are home to other provocative works by these artists, but it doesn’t take long to realise that the more you look, the more you see. 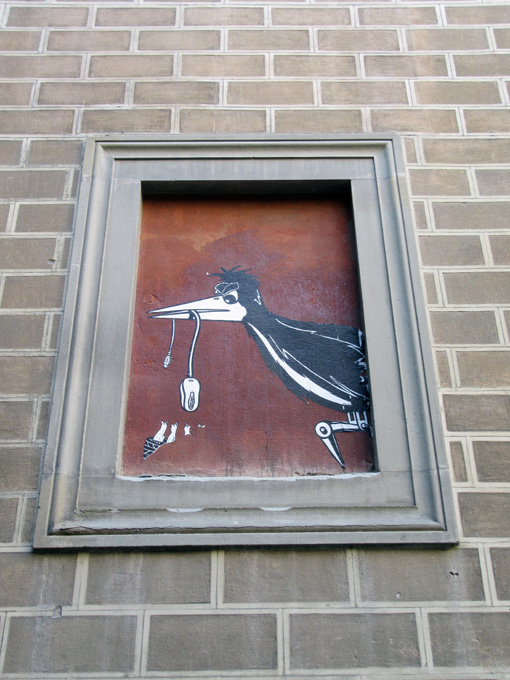 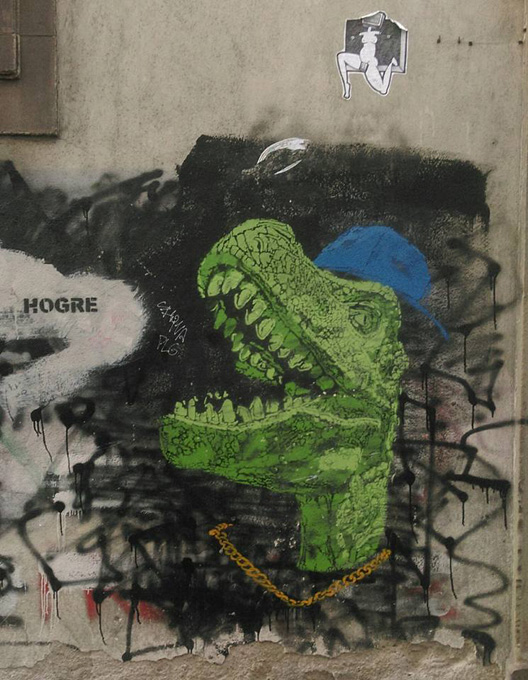 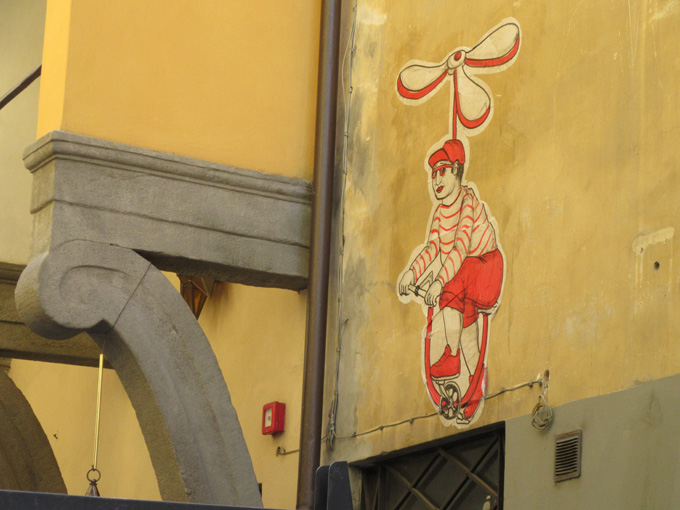 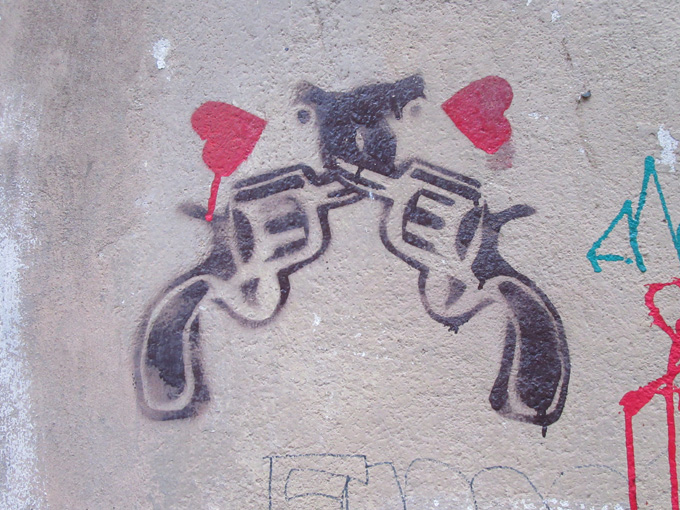 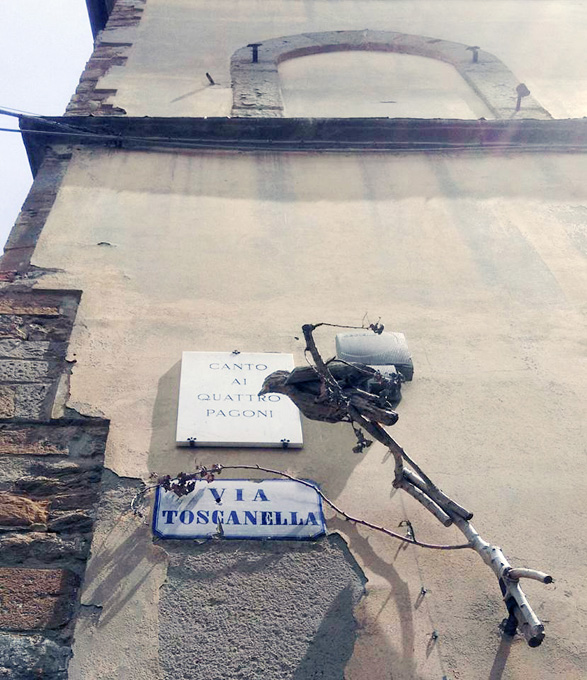 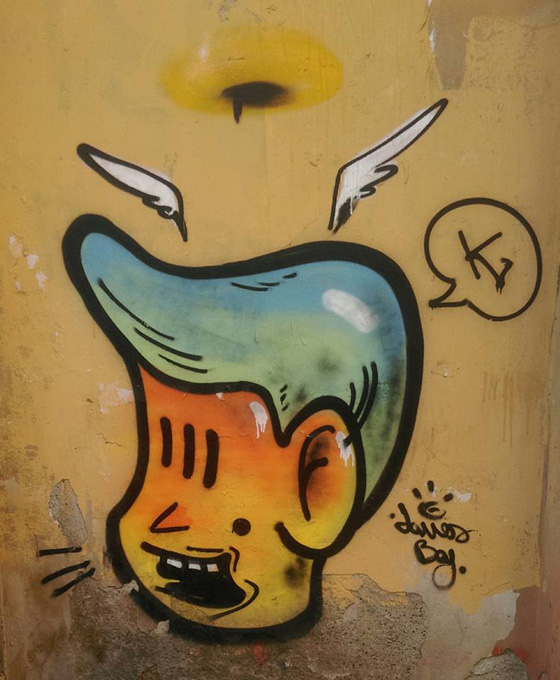 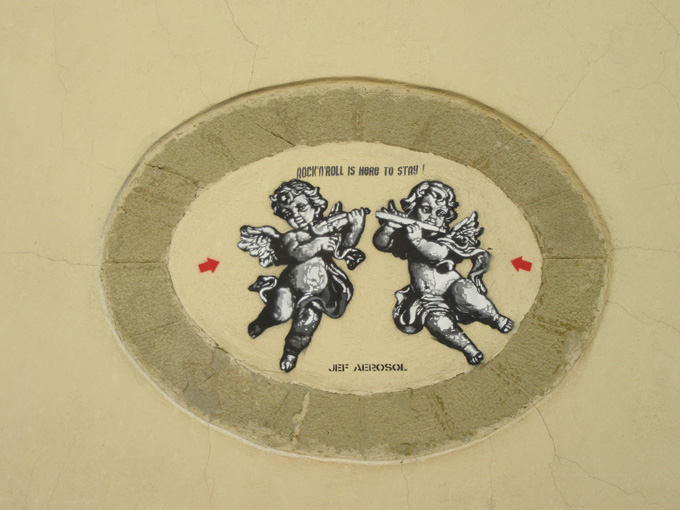 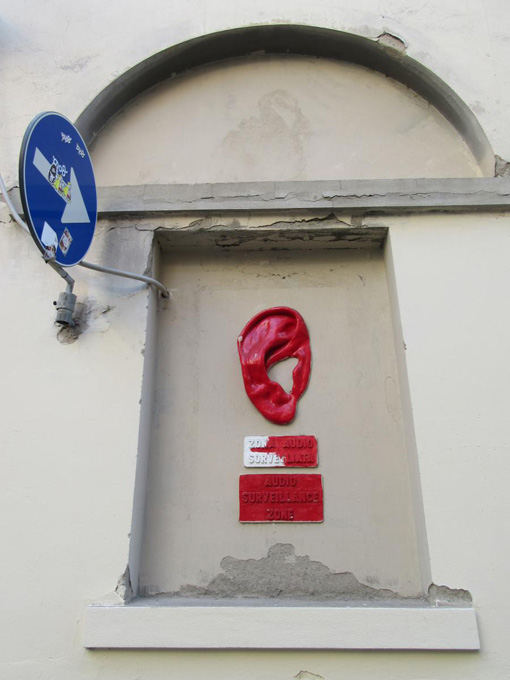 An open-air gallery for all to enjoy but never has this been more applicable than where “Finestra con Vista” is concerned. An urban art mob curated by French artist Yan Blusseau, it is formed by artists of different nationalities and styles, such as Urban Solid, Jef Aérosol, Pattern Nostrum and Gec Art, to name a few, decorating doors and windows with their own creative flair. Through this framing of mural art, it feels as though you’re gazing at an Uffizi masterpiece, just with the exception of a modern, urban twist, under an open-sky ceiling.

Bold red and black “1+1=1” prints, as well as mysterious initials of W.H. found next to various flamboyant flamingos with crown prints… Tell us your street art finds in Florence this summer at redazione@theflorentine.net.