If Tuscany were a country, it would have placed 24th in the overall standings of the 2016 Olympic Games in Rio de Janeiro. The medal tally reads three golds, four silvers and three bronzes. Eleven medals, just like Switzerland and better than Greece, South Africa, Belgium and Turkey, confirming yet again the deep importance that Tuscany places on sports.

Of course this is all fun and games: Tuscany is not a country, and it does not have its own medal tally. But since Italy equaled its personal Olympic record of 28 medals (as in London 2012), considerable credit must go to the contribution made by the “Grand Duchy”.

Florence can boast the successes of its infallible shooter, Niccolò Campriani, who won two of Tuscany’s three golds, bringing his personal count to four Olympic medals overall (three gold, one silver). Success in the 50-metre rifle three-position event saw Campriani confirm the result he obtained in London 2012, although it wasn’t all plain sailing due to a very narrow qualification for the final, which was won at the last shot. The gold achieved in the men’s 10-metre air rifle improved Campriani’s result from four years ago, when he returned to Florence with a silver medal. At just 29, in a discipline that allows quite some longevity, Campriani is surely destined for even more success. There are rumours that this may have been the Florentine’s last Olympics. “Will I retire after Rio? I don’t know. I still have one event left and I’m concentrated on this. I owe it to myself,” said Campriani before the 50-metre rifle three-position final. We will have to wait and see what his decision will be, and whether he will be part of the team in Tokyo. For the time being, Florence’s rumour mill claims that he may be next in line to be “Magnifico Messere” of the Calcio Storico tournament. 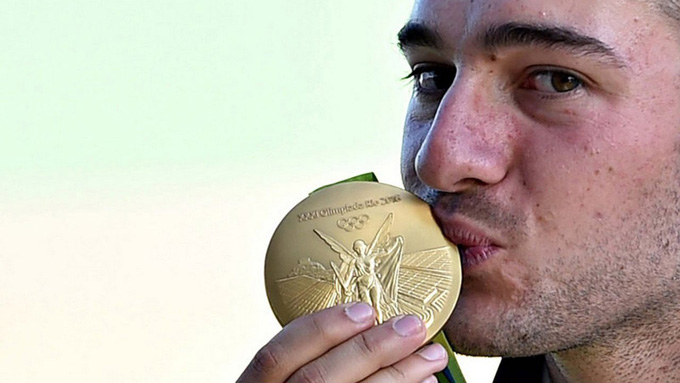 The gold won by Gabriele Rossetti (Ponte Buggianese, Pistoia) in the men’s skeet and the silver medal by Marco Innocenti (Montemurlo, Prato) in the double trap confirm Tuscany’s ability to produce undisputed talent in these sporting disciplines. The former qualified for the final after defeating two French athletes trained by his father Bruno (silver medal in the men’s skeet in Barcelona, 1992), making this event a family matter. After winning gold, a euphoric Rossetti jokingly said, “He [my father] has had an amazing career, and ever since I was a kid I wanted to do better than him. I’d say this is a good start.”

Another Olympic story is that of Stefano Tempesti (Prato), a.k.a. “l’Airone” (the Heron), symbol and icon of the “Settebello” men’s waterpolo team, who ended his fifth (and last) personal Olympic tournament with a bronze medal. The legendary goalkeeper arrived just short of even greater success, but Serbia put pay to Italy’s dreams of glory in the semi-final. 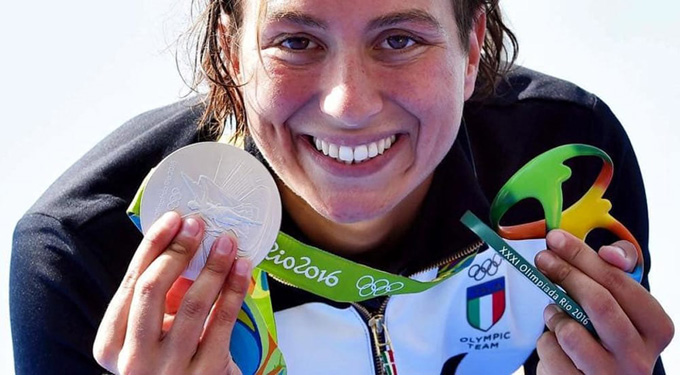 And while some medals seemed to be in the bag before even starting, some came as a complete surprise. Everyone was blindsided by Rachele Bruni’s efforts and success in the open water 10 km swimming event, in which the Florentine athlete won a silver medal following the disqualification of French swimmer Aurelie Muller. A sporting discipline that requires dedication and sacrifice, as highlighted by her thoughts after the race: “After a few days, I now understand how much this medal really weighs. It’s the best weight I have ever felt in my life. (…) It sums up extreme fatigue, and physical, at times, mental pain. It is the summary of endless sleepless nights, to try and understand what was not working. It is the summary not only of immense joy, but also of fear.” Swimming brought more success to Tuscany, and very few expected the double success by swimmer Gabriele Detti (Livorno), who won bronze in the men’s 400m and 1,500m freestyle.

The defeats of the women’s waterpolo team and the men’s volleyball team in their respective finals left a bit of a bitter taste in the mouths of the athletes and fans, but still brought two silver medals for Chiara Tabani (Prato) and Simone Buti (Fucecchio). If it hadn’t been for a questionable decision by judges, there might have been another bronze medal won by the female rhythmic gymnastics team, captained by Marta Pagnini (Prato). Nine athletes, eleven medals. Not bad at all for a region with fewer than four million inhabitants.

The rugby renaissance in Florence

The Italian Rugby Federation (FIR) recently announced that it had reached a three-year agreement with the City of Florence for the organization of the November test matches of the Italian ...

A new ground for Guelfi

The A.S.D. Guelfi has been Florence’s American football team for the past 16 years, with the intent of sharing the passion for one of the USA’s most popular and riveting ... 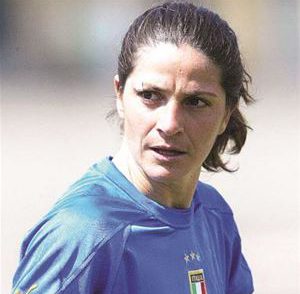 The ‘men only’ world of European football is seemingly coming to an end. The clubs of the ‘Old Continent’, such as Chelsea, Barcelona and Bayern Munich, have established solid, successful women’s teams and the fan base that follows women’s football is increasing&