The completed restoration of the Spanish Steps was recently unveiled, made possible by a 1.5 million euro donation to Rome by Bulgari on the occasion of the 130th anniversary of the fashion label.

At the opening, CEO of Bulgari Jean-Christophe Babin, standing alongside Rome mayor Virginia Raggi, commented, “In 2014 we celebrated the 130th anniversary of the Rome-based fashion house by adopting this marvellous jewel of Baroque architecture. Today we are pleased to celebrate, with the City, the restoration of a monument that will once again represent the grandeur of Rome in all its glory. For Bulgari, the Spanish Steps will always be synonymous with joy and glamour, inextricably linked to the identity of the Maison. We hope to be able to collaborate with the City in other future projects, in order to continue to preserve and enhance the countless beauties that this unique city offers the world.” 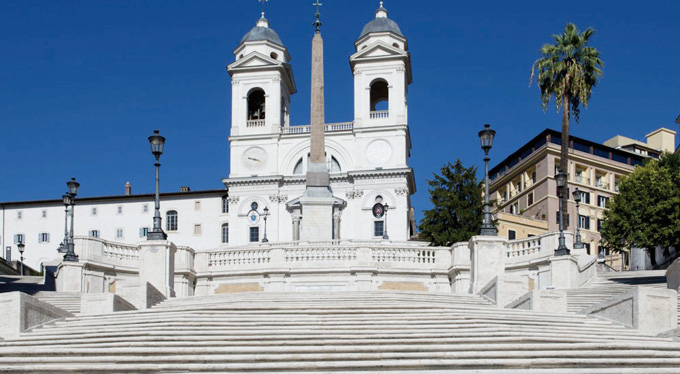 The restoration work, which began in October 2015, focused on the cleaning, reinforcement and protection of the stone surfaces, including the functional recovery of the steps to ensure safety.

La Scalinata di Trinità dei Monti was built between 1723 and 1726 based on plans by Roman architect Francesco De Sanctis. The steps connect piazza di Spagna with the church of SS. Trinità.