Grape growers and winemakers are essentially superheroes in Wellington boots. The dangers they face in their vineyards and cellars could be stylized in scream balloons à la Marvel comic book: Dastardly Deer! The Red-Eyed Fly! HAIL! HEAT! 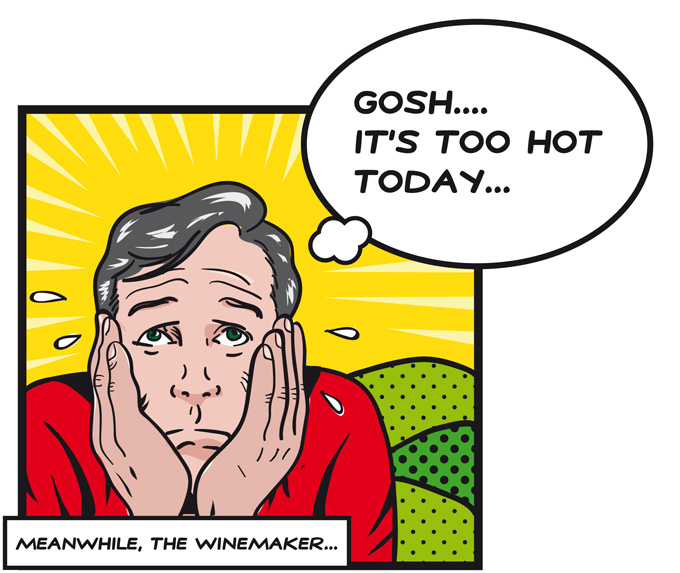 In the last 25 years there have been countless changes in Tuscan grape growing and winemaking, as well as plenty of challenges mainly due to climate change. Many of our superheroes have responded not with fancy gadgets or lethal pesticide sprays, but by going organic. They share a passion for exploring the concept of tradition: how to understand, interpret and carry ahead the beliefs and practices of previous generations, to misquote Churchill, to look back to see farther forward.

There is a renewed interest in revitalising old vineyards and in experimentation to improve the quality of neglected native grapes overlooked in the Eighties and Nineties because of the popularity of the international varieties such as Chardonnay and Merlot. Some winemakers are looking back not decades but millennia to the ancient techniques of fermenting and storing wine in clay amphora, just as the Ancient Greeks and Etruscans would have done. Heroic stuff indeed.

I spoke to some of Tuscany’s leading winemakers to understand the changes and challenges that they face.

LEONARDO BELLACCINI, winemaker, San Felice
“We began to notice the impact of global warming with the 1997 harvest. Initially we thought it was just a very hot year, an exception. But then we experienced the same intensity of heat in 1999, 2000, 2003, 2007, 2009, 2011, 2012, 2015 and 2016. Hot years are no longer an exception; they have become the norm. The month of harvest is now September and not October. We wear shorts and trainers to do the grape picking, not jeans and boots.”

SEAN O’CALLAGHAN, wine consultant, previously winemaker at Riecine
“26 years ago at Riecine we were picking Sangiovese on October 20 and fought to get the grapes above 12% of potential alcohol (the level of potential alcohol correlates to the levels of sunshine hours and heat). Now we pick around September 20 and we are fighting to keep the alcohol under 15%. We no longer carry out leaf removal at the end of July. We used to do this to increase the sun impact on the forming grapes, but now we wait until September. Otherwise it’s too hot and we get burning and shriveling grapes.”

MANFRED ING, winemaker, Querciabella
“Hail damage is starting to become more prominent in the region with massive thunderstorms arriving in June and July. Isolated cases throughout the valley have caused problems in terms of both the quantity and quality of the grapes. Vines can be damaged—their leaves and berries bruised, torn or holed; left open to rot or completely stripped of leaves and fruit.” 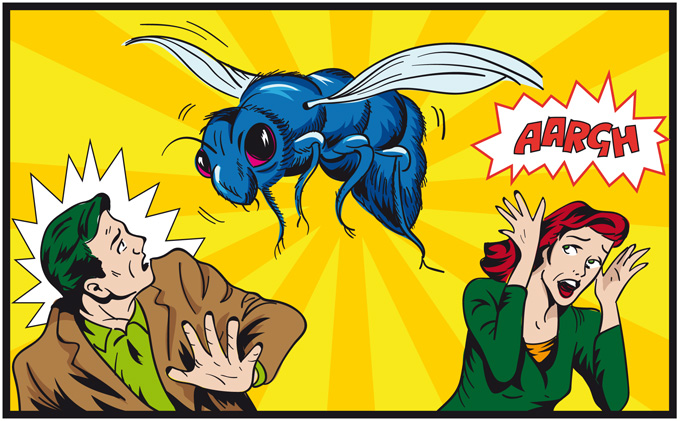 CHARLOTTE HORTON, winemaker, Castello di Potentino
“The most relevant current issue is environmental sustainability. So really following your “terroir”, your unique environment, soil and microclimate, is a given. If you need to spray, irrigate and chemically intervene disproportionately in your vineyard, you do not really have terroir. … Already the growth in traditional, organic and biodynamic winemaking shows that a more sensitive approach to nature and place can make a qualitative difference and have good results commercially.”

VICKY SCHMITT-VITALI, Winemaker, Le Fonti
“We managed to force the local comune not to spray our sides of the road with herbicide (which they generally do all over Italy to keep the weeds from growing into the roads). In Panzano they have to clean them manually two to three times a year. We were very persistent with the comune to get this spraying prevented. It would have been useless working organically in Panzano [only to then see] the comune spray the sides of the road with exactly those things that we tried to ban.”

DAVID GLEAVE, MW and managing director of Liberty Wines
“The most interesting thing I’ve seen in the past year is a new wine called Filetta di Lamole. Some of the vines go back to the 1920s and are bush-trained, as was the tradition in Lamole. As an area, it should have its own DOCG designation. The wines are very perfumed, lighter in colour, with lovely Pinot-like intensity and length, due to their altitude. It helps to point the way forward for Tuscan wine: concentrate on smaller DOCs to highlight the ‘sense of place’ of each particular area.”

MONTY WALDIN, Wine writer and broadcaster on organic and biodynamic wines
“Climate change is challenging vine growers and winemakers to consider carefully what they plant now in Tuscany. Would you focus on the internationally known grape varieties such as Chardonnay and Merlot, which drops their acid in a trice as soon as things get too hot? Or persist with the native Italian varieties Vermentino and Sangiovese which withstand heat better and hold their acids?”

MANFRED ING, winemaker, Querciabella
“Some of the lesser-known varieties such as Canaiolo Nero, Colorino and Pugnitello, which have been grown in Tuscany for centuries but previously ignored by producers, are starting to pop up again on the market.” 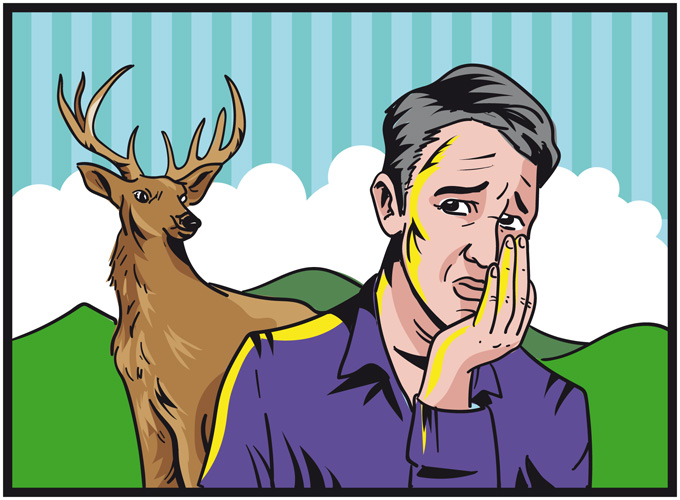 SEAN O’CALLAGHAN, Wine consultant, previously winemaker at Riecine
“Animals have become a bigger problem than either downy or powdery mildew, a fungal disease that can affect the leaves of the vine. I have lost hundreds of tons of grapes to wild boar and deer. To try and keep them out we are putting up two-metre high fences around our vineyards, and it is changing the landscape in Tuscany.”

VICKY SCHMITT VITALI, Le Fonti
“Deer are a real problem, particularly in the spring when the vines begin to grow their leaves. We have been spraying a form of sheep fat for the past few years and in general it keeps them out for the crucial growing weeks. Later on they don’t eat the leaves so much anymore—they prefer them young and fine, not large and hard.”

LEONARDO BELLACCINI, winemaker, San Felice
“For the production of barrels I have been trying many different types of oak, even Chinese oak! The results are very interesting. The Mongolian oak has a medium-fine grain and a very gentle seasoning. I am currently buying ten small barrels a year.”

MANFRED ING, Querciabella
“Pest wise, in 2014, we had the first sighting, and subsequent damage, of a new type of fruit fly, originally from South East Asia: drosophila suzukii. This red-eyed fly is different from the normal fruit flies as it attacks good-looking, ripe red grapes; not damaged fruit. The females can lay up to 250 eggs and the holes made in the berries from the egg laying and larvae cause major rot problems and the arrival of the more common fruit flies. Fortunately, there were none in 2015 due to the extreme weather conditions. So far we have seen nothing in 2016—we are crossing our fingers.”

LUCA SANJUST, winemaker, Petrolo
“Terracotta in Tuscany has always played a fundamental role: from early Etruscan craftsmanship to production improvements in the Impruneta area, south of Florence. Wine was vinified and stored in terracotta since its earliest origins. Since 2011, we are experimenting with a new method of winemaking using 300-litre terracotta amphorae. Amphorae allow indirect micro-oxygenation, similar to small oak barrels, but prevents barrique flavoring. The skins and tannin content naturally protect the wine, allowing us not to use sulphites.” 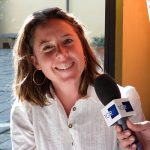 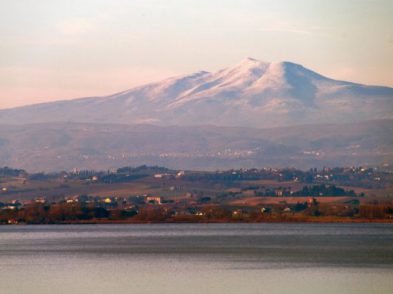 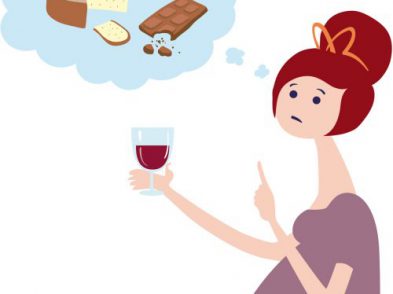