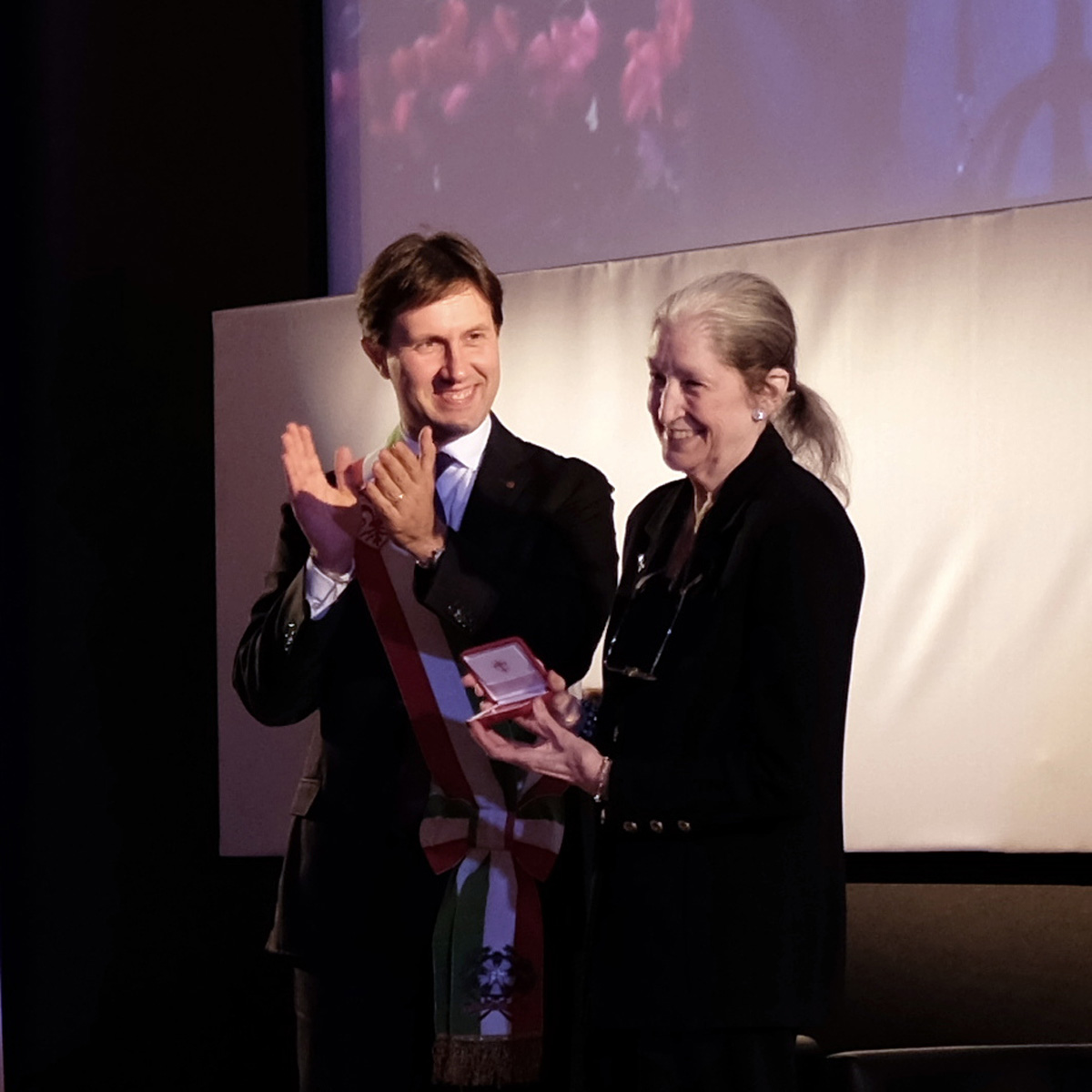 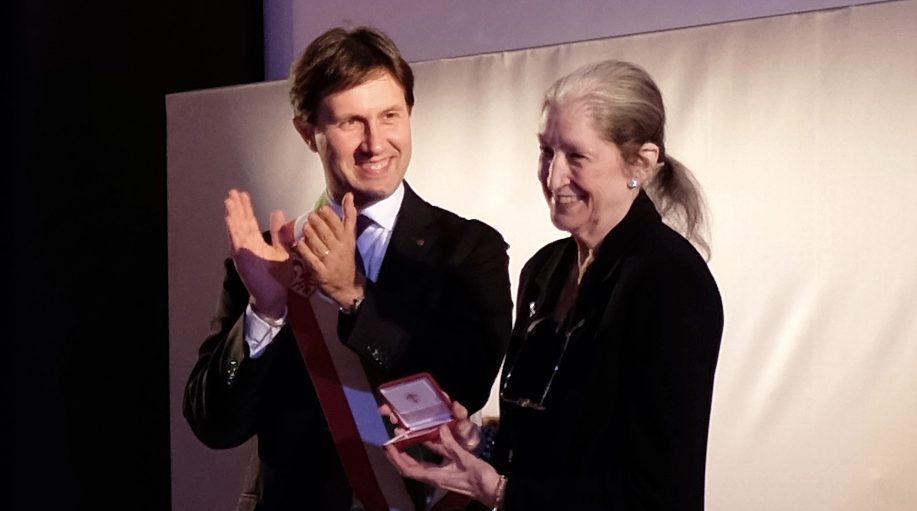 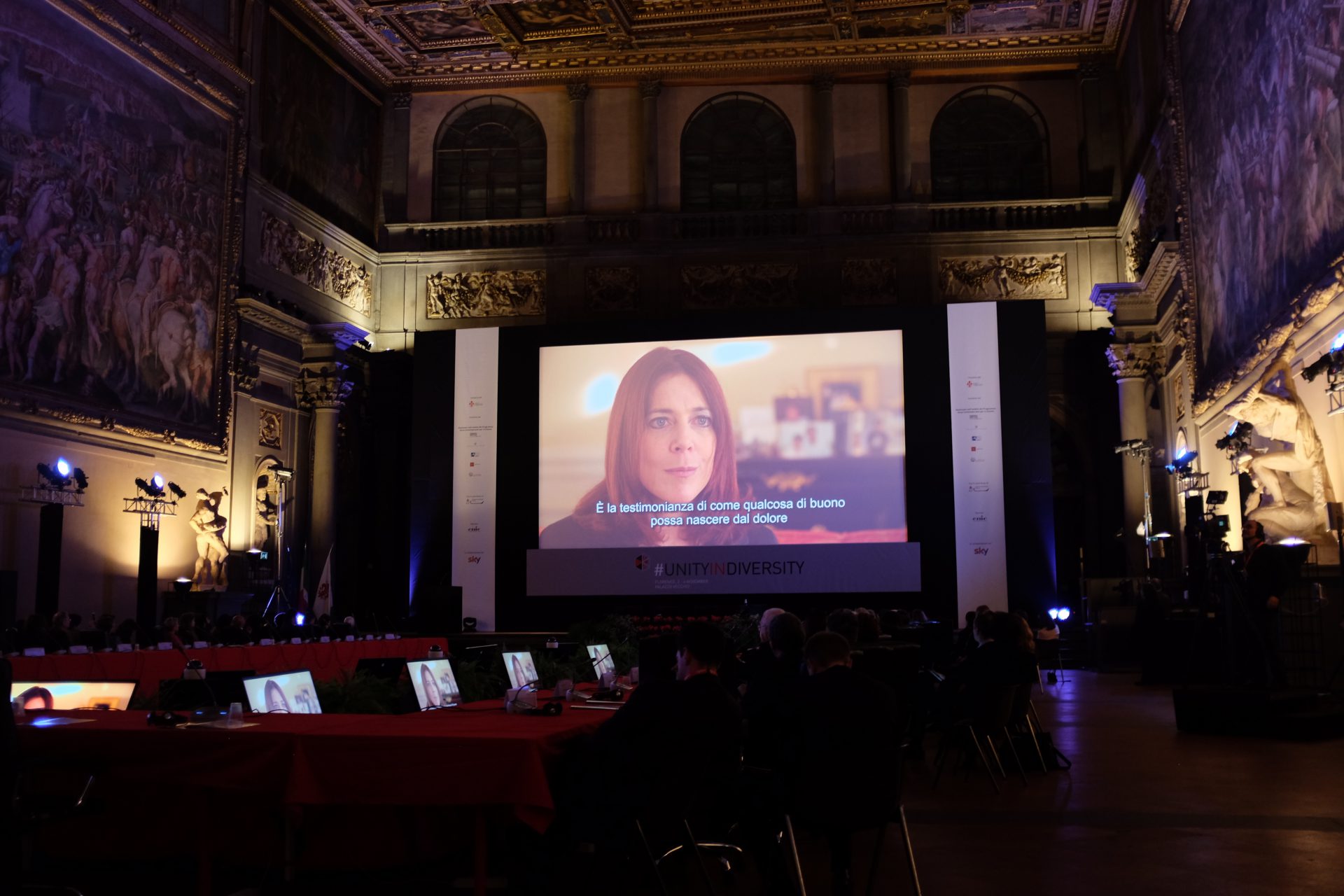 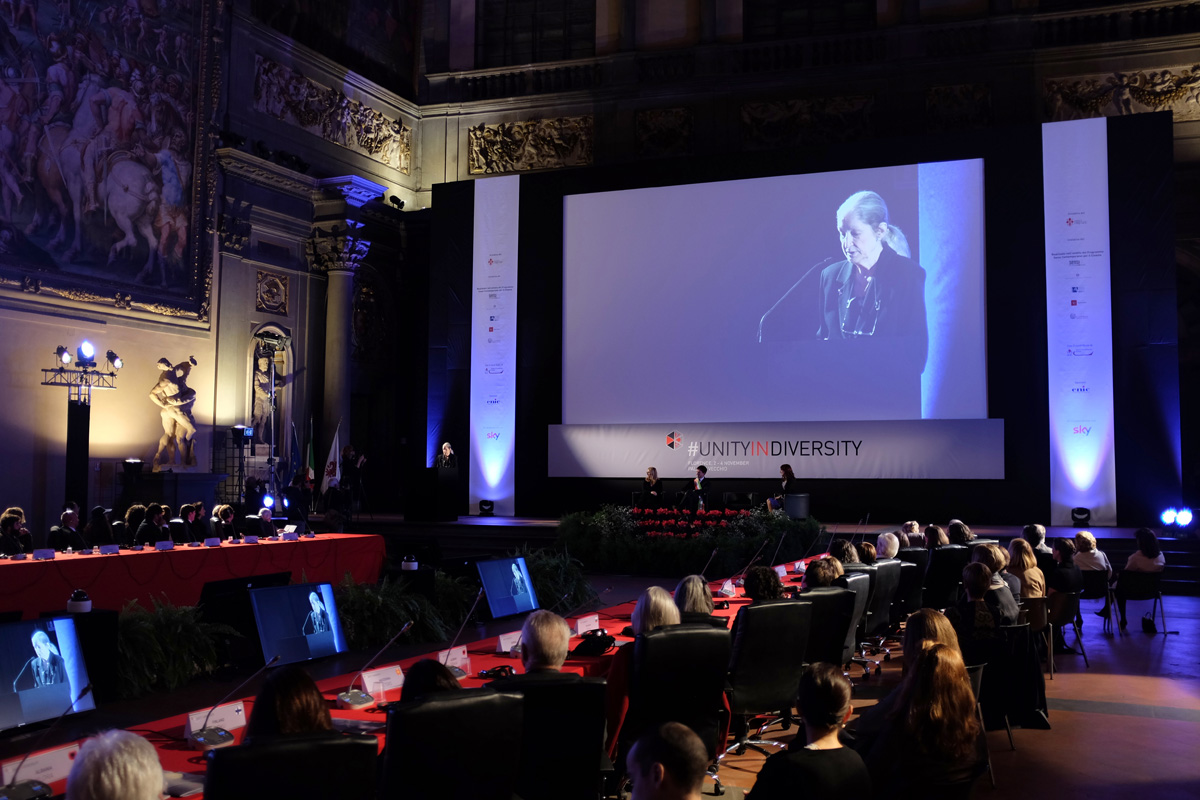 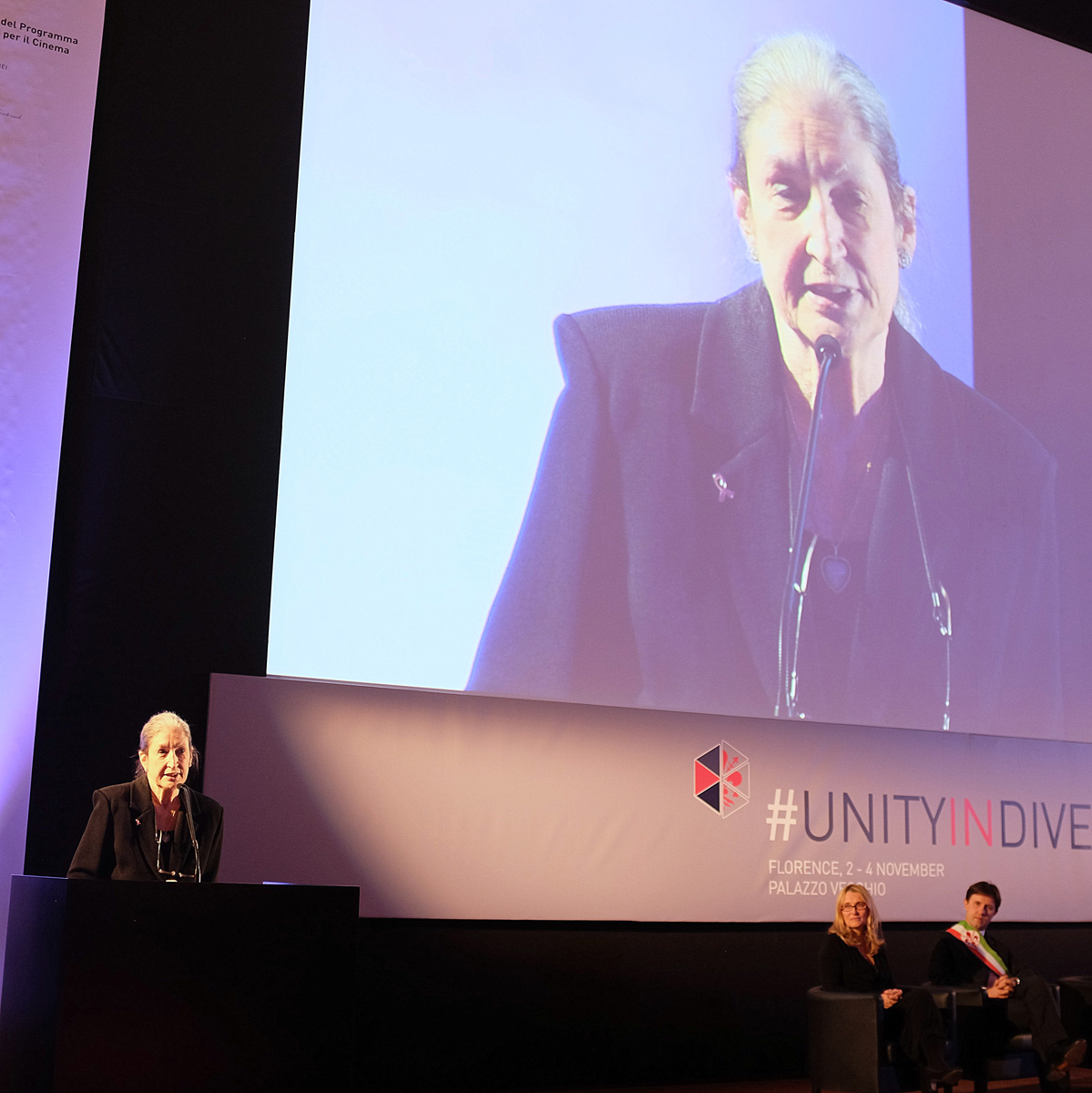 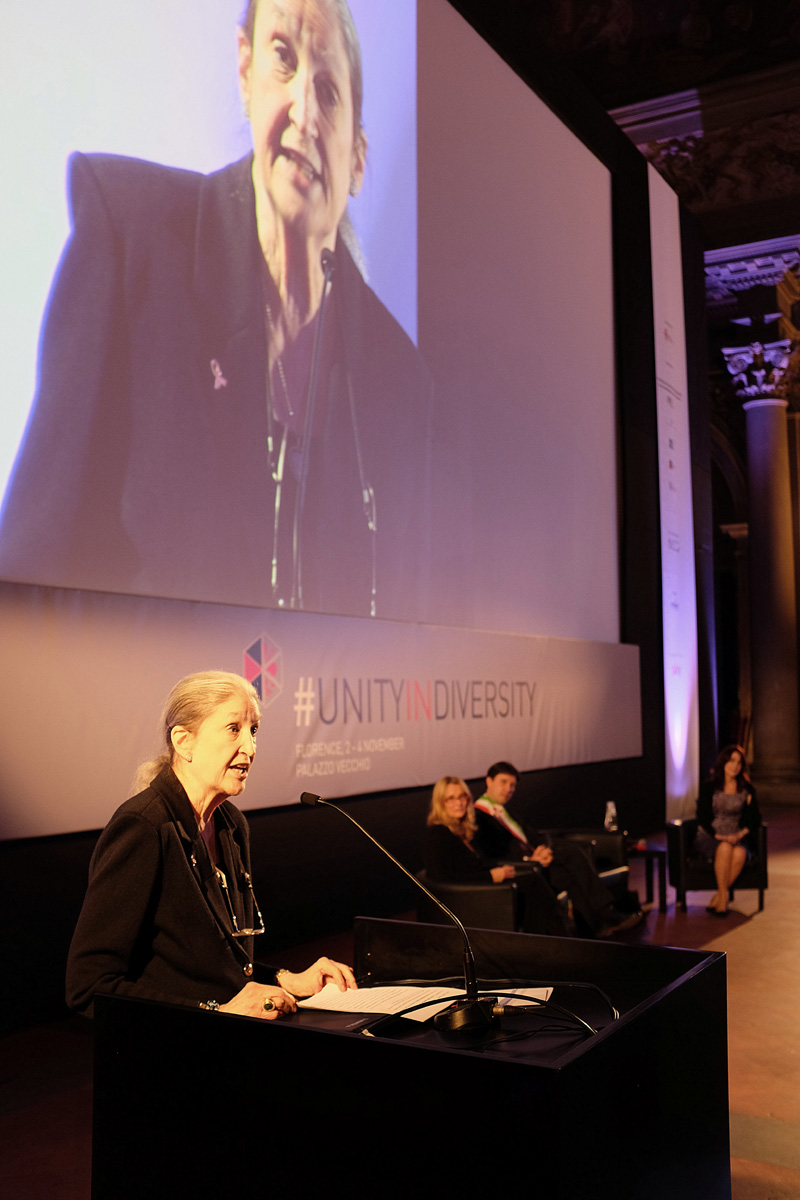 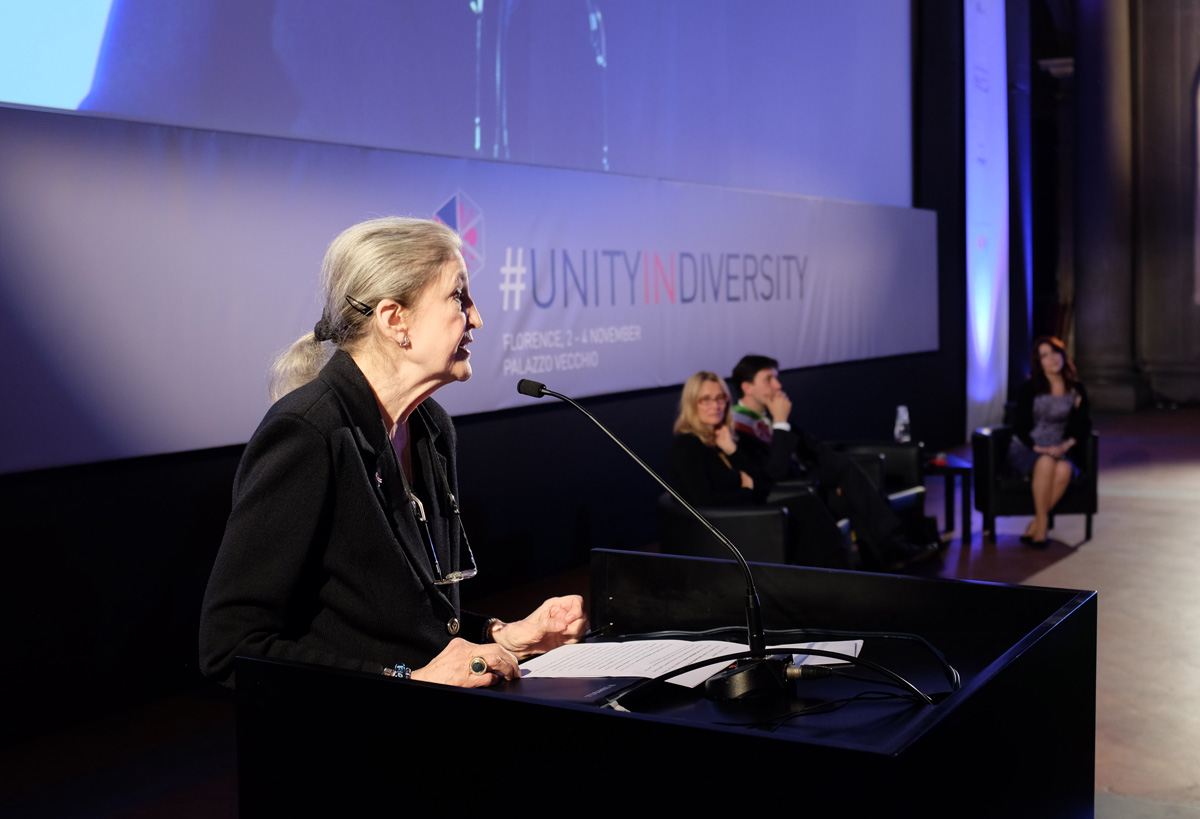 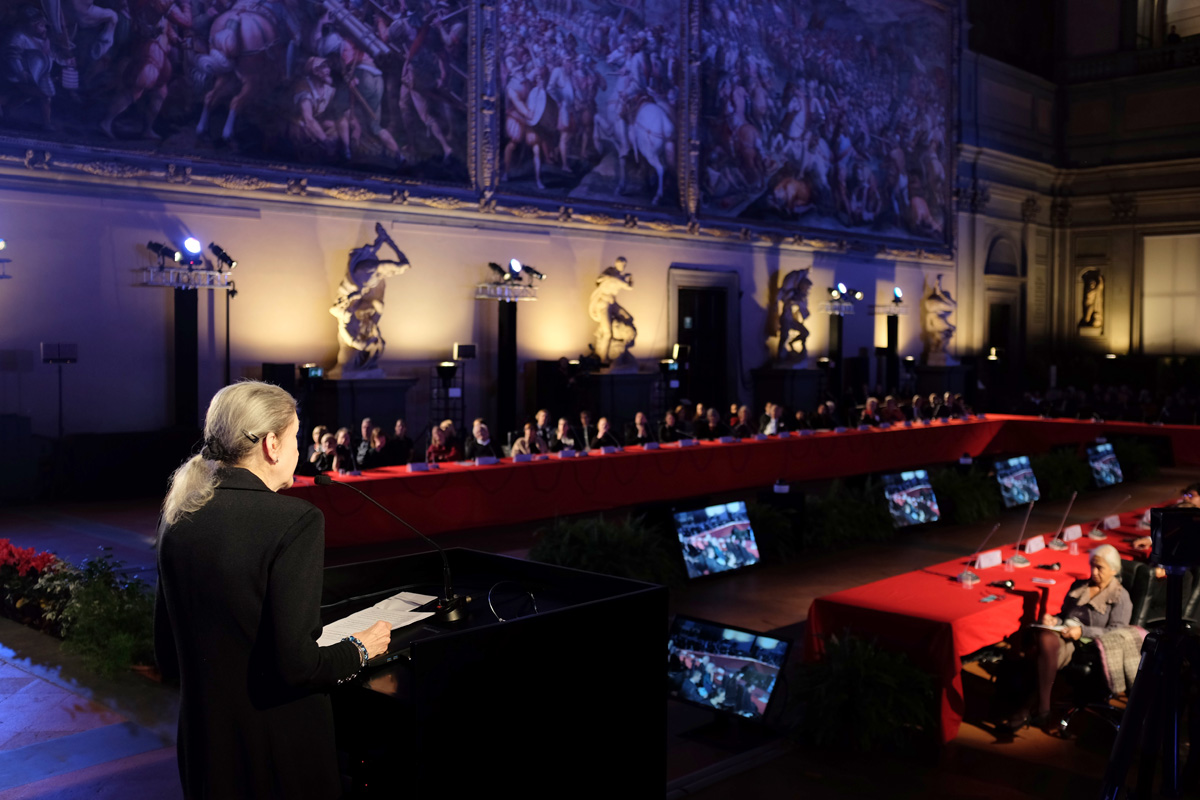 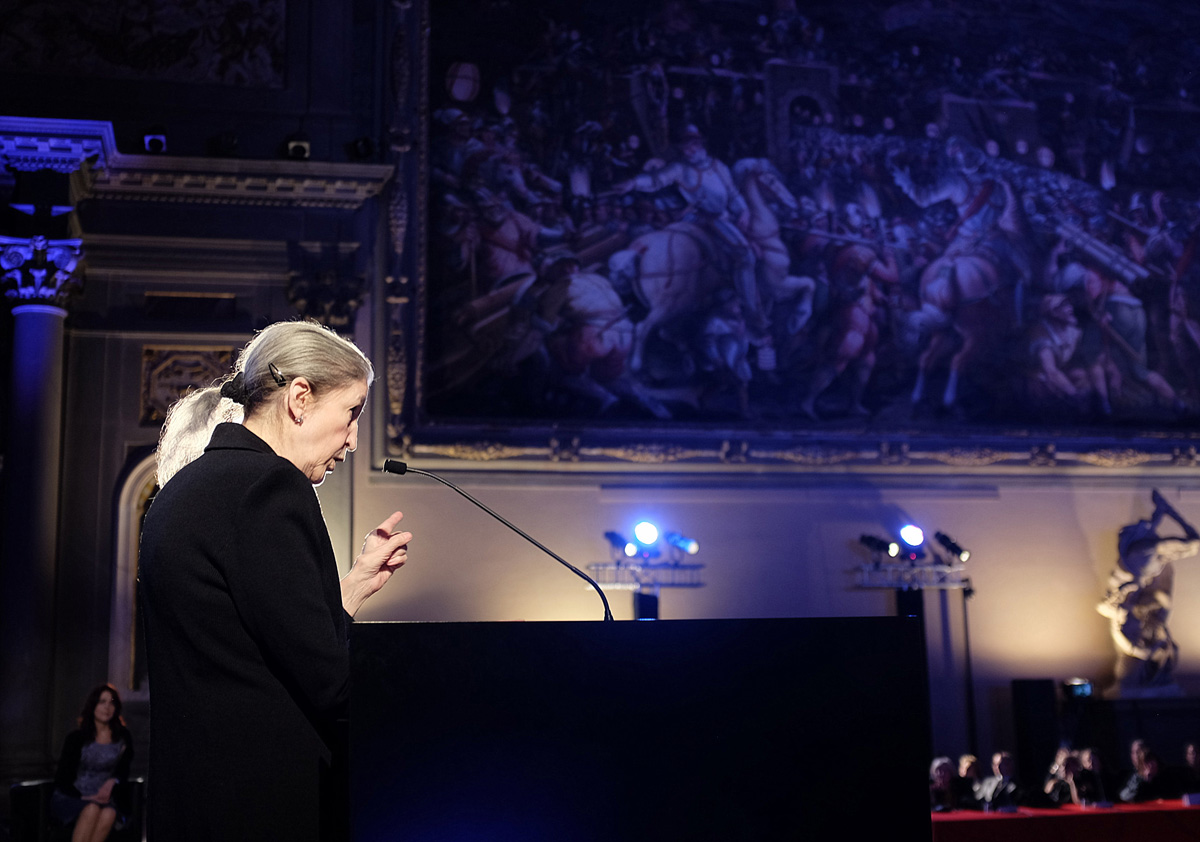 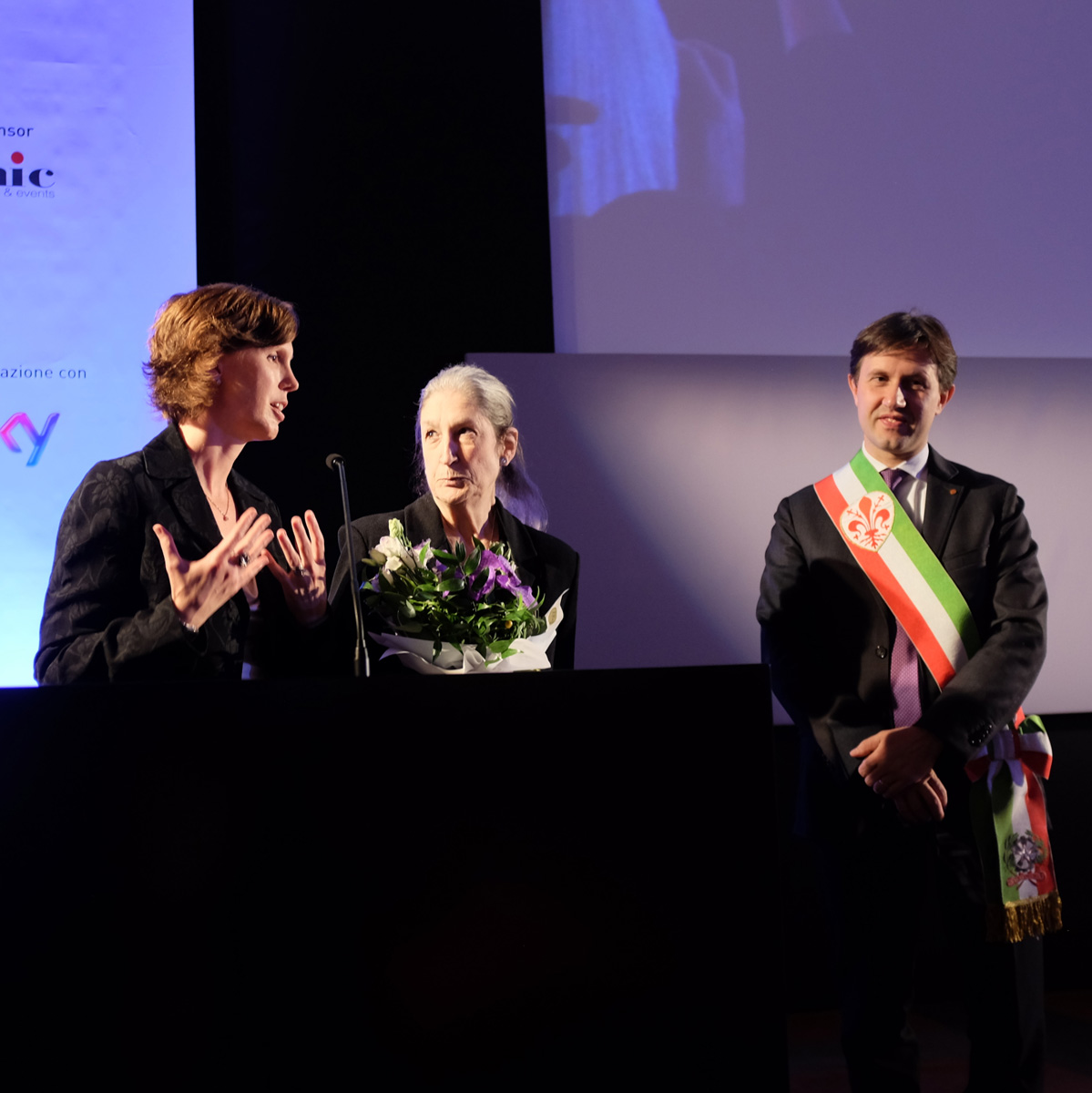 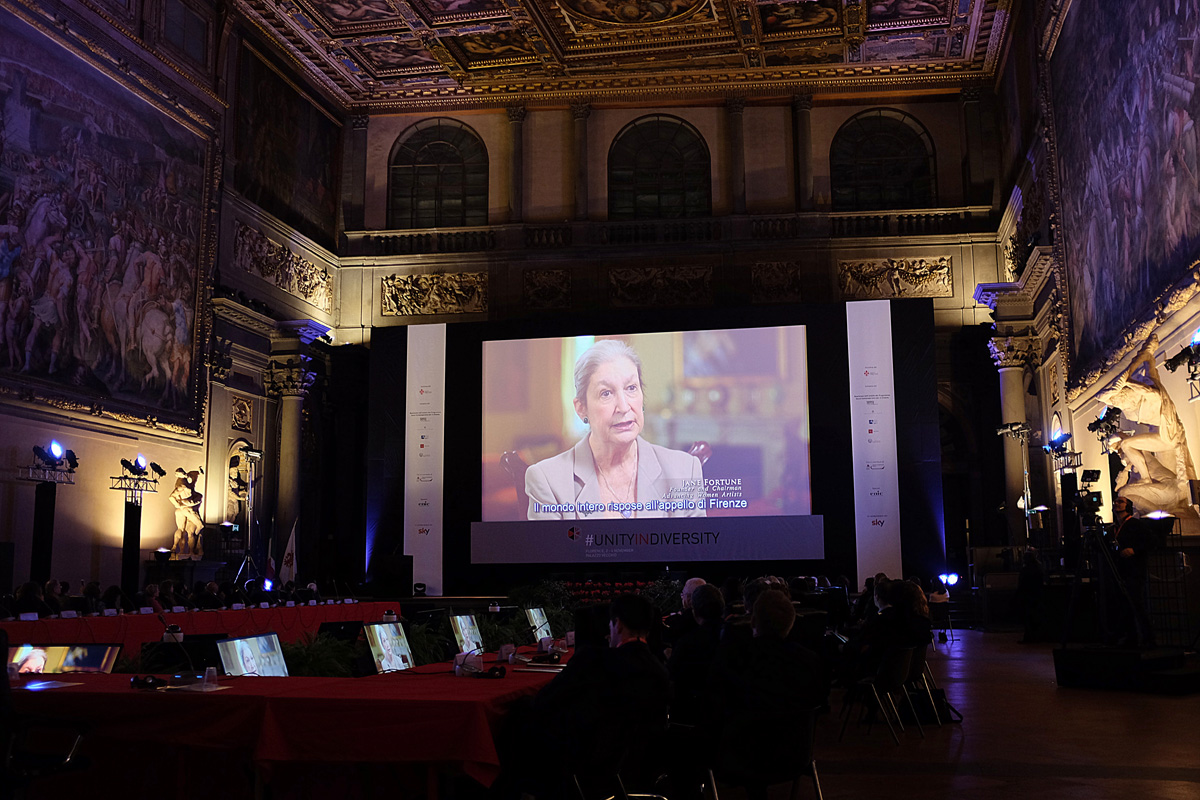 On November 2, amid the city’s commemorative celebrations honouring the fiftieth anniversary of the 1966 flood, Florence Mayor Dario Nardella presented The Florentine’s culture editor Jane Fortune with the famed “Fiorino d’Oro”, the City of Florence’s most prestigious award, for her work as founder and chairman of the Advancing Women Artists Foundation.

2016 marks “Indiana Jane’s” tenth year working to research, restore and exhibit art by women in Florence. Through her efforts myriad paintings and drawings by no-longer “invisible” women artists have been rescued from obscurity and decay. The Golden Florin is awarded to citizens of any nationality who have distinguished themselves in their field, whether the arts, politics, sports, philanthropy, international relations or public assistance. The prized trinket is a reproduction of the ancient Florentine “Golden Florin”, the coined first minted by the Florentine Republic in the fourteenth century. On the one side of the coin, there is Florence’s famed lily, while a depiction of Saint John the Baptist, the city’s patron saint, is etched on the flip side.

Flanked by Florence’s councillor for international relations, Nicoletta Mantovani Pavarotti, the Mayor led the solemn ceremony in the Salone dei Cinquecento at Palazzo Vecchio. It was followed by the screening of When the World Answered: Florence, Women Artists and the 1966 Flood, based on the book Jane co-authored in 2014 published by The Florentine Press, which spotlights the foundation’s latest restoration project at the Museo Novecento. The festivities were part of the City’s 2016 edition of the “Unity and Diversity Global Mayors’ Summit”, where 70-plus mayors from riverside cities around the world discussed climate change as well as cultural and natural heritage protection.