On November 5, 2016, Italian Prime Minister Matteo Renzi and Florence Mayor Dario Nardella signed an agreement (the “Florence Pact”), which earmarks 110 million euro, in addition to the previously established 680 million euro, to develop the city’s infrastructure and its environs.

Approximately 44 million will be spent on extending the tramline as far as Le Piagge and the university’s research centres in Sesto Fiorentino. Another 15 million will finance the completion of the road in the Val d’Elsa, whereas five million euro will fund a cycle path between Florence and Prato. 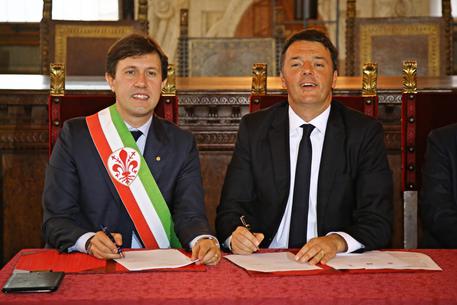 In terms of culture, the city’s new football museum (currently in Coverciano) will receive 13.5 million euro, moving to former Cinema Capitol in piazza del Grano, in front of the exit of the Uffizi. Indeed, the Uffizi is set to receive 40 million euro. Five million will go towards doubling the Santa Maria Novella museum complex.

Six million have been devolved to the removal of asbestos in the city’s schools.