Eminent Italian Renaissance scholar, author and professor of art history Frederick Hartt visited Florence many times during his life, but on two particular occasions he came to help the city in the wake of the gravest catastrophes it faced in the twentieth century. The first was to recover artworks in the aftermath of a war and the second to save Florence’s masterpieces from the ravages of the 1966 flood.

Born in Boston on May 22, 1914, Hartt earned his first degree in art history at Columbia College in 1935. After spending the summer of 1936 in Europe, he confessed, “I lost my heart to Italy at the time of my very first visit to that beautiful land.” When World War II broke out, as a lieutenant in the US military he was sent to Italy in January 1944 and initially assigned as a photo interpreter until, at his request, he was transferred to the U.S. Fifth Army in Naples, as a “Monuments Man”. Arriving in Florence with the advancing Allied forces in time for the liberation of the city in August 1944, Hartt and his driver could often be seen careening around the countryside in his Jeep, dubbed Lucky 13. His job was to participate in the recovery of hundreds of paintings and other works belonging to the Uffizi Gallery, Pitti Palace and various other collections. Some of these works had been hidden outside of the city for safety, but countless others had been looted by the occupying German forces. Hartt recounts his experiences in his book Florence Under Fire (1949). 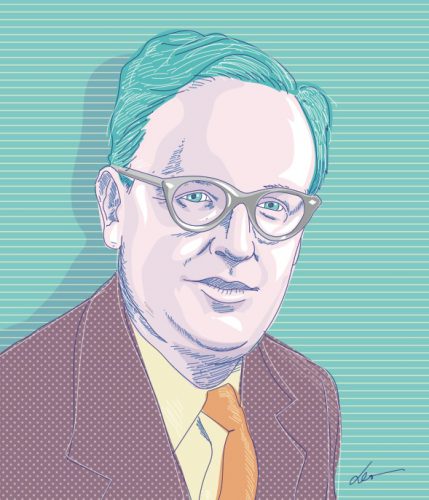 Florence faced its second great cataclysm two decades later when the Arno burst its banks on November 4, 1966. Hartt heard the news whilst teaching history of art at the University of Pennsylvania. That very day, he began arrangements to leave for Florence, where he arrived on November 11 with Goya scholar and later an academic museum director Fred Licht. Professor Licht and his wife Margarite “Meg” Meinecke, together with Bates Lowry, then chairman of the art department at Brown University and later director of New York’s Museum of Modern Art, had already founded the Committee to Rescue Italian Art, known as CRIA. With bases in New York as well as at Palazzo Pitti and Villa I Tatti in Florence, plus 25 subcommittees focused on different aspects of the recovery effort, CRIA was headed by Jacqueline Kennedy Onassis, who served as its president, with Professor Millard Meiss of the Institute of Advanced Study at Princeton serving as chair of the executive committee. Hartt became one of the distinguished team of 16 foreign experts led by Professor Lawrence Majewski of New York University’s Conservation Center, which worked on CRIA’s behalf, in partnership with Italian institutions, to rescue and restore countless selected monuments, paintings, manuscripts and library materials in the stricken city, financed over the six years of its activity by the $2.5 million in funds that CRIA successfully raised. In an interview with the New York Times on November 14, 1966, Hartt estimated that 20 years would be needed to repair the artistic patrimony the flood had damaged. Little did he know that it would take at least threefold that amount of time.

Hartt had a distinguished career in academia. From 1949 to 1960, he had taught at Washington University in St. Louis, where he helped build one of America’s finest university collections of 20th-century modernism; on his return to America, Hartt resumed his post at the University of Pennsylvania; and from 1967 to 1976 he was chairman of the art department of the University of Virginia. A renowned Michelangelo scholar, Hartt wrote 13 books, tapping them out on his legendary custom-built pink typewriter with its cream keys. These included Michelangelo: The Complete Sculpture (1969), Art, a History of Painting, Sculpture and Architecture (1976), and The Sistine Chapel (1991) which sold for $1,000 a copy.

A bookish-looking man with glasses and refined tastes, in 1987, nearing the end of his life, Hartt’s reputation suffered a blow. Unwittingly caught up in an elaborate fraudulent scheme, the professor authenticated a small, headless plaster statue as the model for Michelangelo’s David and presented his findings to the New York Academy of Sciences. After a London newspaper implied he had acted recklessly and dishonestly in making this claim, Hartt sued the paper for libel. Although he won, the judge awarded him reduced damages amounting to about $12,000 and found, whilst underlining that the integrity of his scholarship was not in question, Hartt had, nonetheless, acted in a “dishonourable” and “deceitful” way in accepting a commission on the sale of the statue after he had published a book about it.

On October 31, 1991, Frederick Hartt, aged 77, died in Washington D.C. of complications after triple bypass surgery. An honorary citizen of Florence, he had expressed a wish to be buried in the city he loved. Following a memorial service for him at the church of San Miniato al Monte on March 5, 1993, his ashes were laid to rest at the Porte Sante cemetery. On the anniversary of his death in 2015, the Tuscan American Association, in collaboration with the City of Florence, held a commemoration at his graveside.