Italian cuisine has long since been a favourite, but in recent years chefs in Tuscany have been scaling the heights of culinary excellence. Here’s an overview to 2017 Michelin-starred restaurants in Tuscany, which vaunts three new entries for the region. Enoteca Pinchiorri, in Florence, maintains its three stars, a triumph in elegance, execution and oenology. Bracali (Ghirlanda, near Massa Marittima), Caino (Montemerano, in Maremma), Piccolo Principe (Viareggio) and Arnolfo (Colle di Val d’Elsa) all proudly continue to emblazon their chef’s jackets with two stars, while Tuscany now boasts 29 one-star restaurants, a hallmark of the region’s gastronomic vitality, ingredients, wine and wellbeing.

(The text in italics is the review by Michelin reviewers.)

“The cuisine at this restaurant is a fine balance of classic and modern, taking the best from both styles to create elegant dishes served in a luxurious and cosmopolitan ambience. The wine list here is legendary.” 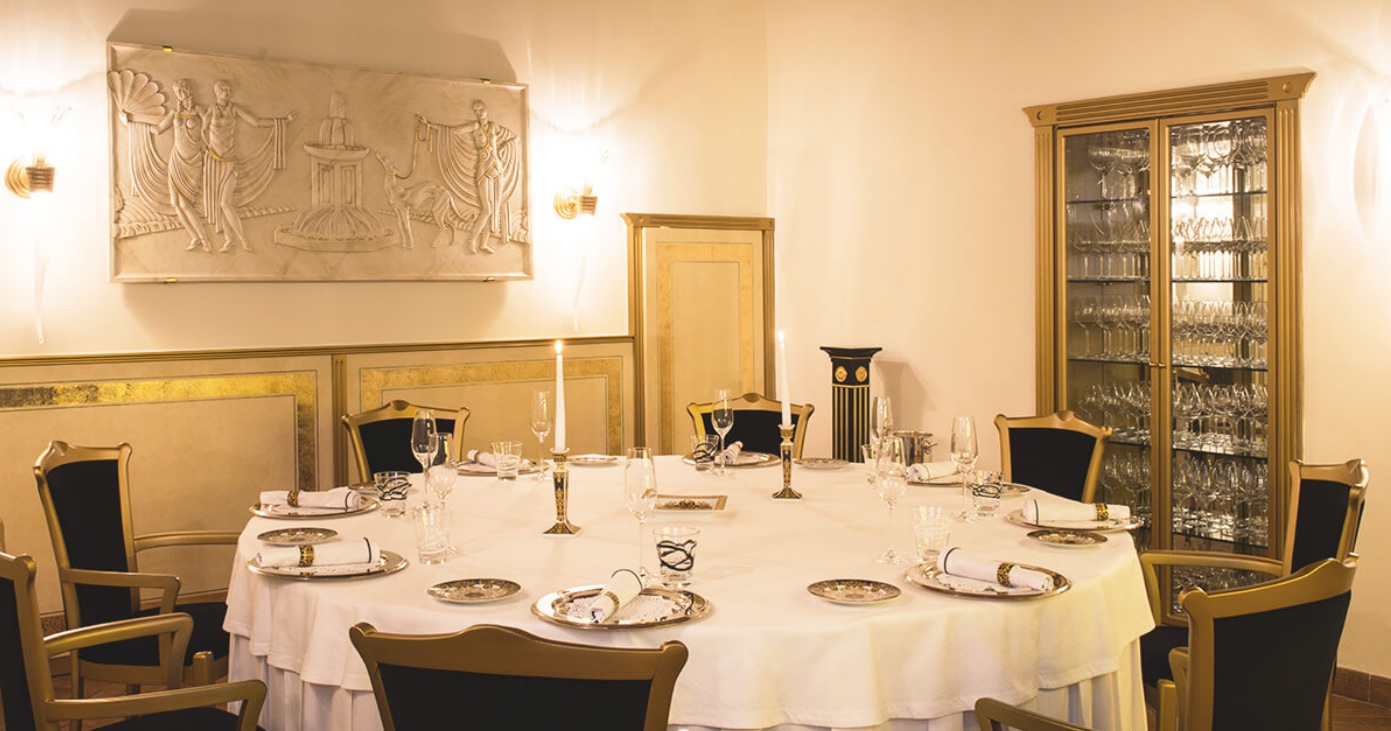 “This small and modest hamlet is home to a surprisingly elegant restaurant. It serves original cuisine that is often far removed from the usual traditional fare. It is a real jewel of the Maremma, run by two brothers – one in the kitchen, the other front of house.”

“Situated in the heart of a charming medieval hamlet, this elegant yet simply decorated restaurant introduced the world to the cuisine of the Maremma. Full of flavour, the dishes are locally inspired yet interpreted with all the character of an experienced chef.” Read more here.

“On the fifth floor of the Grand Hotel Principe di Piemonte, a panoramic roof garden acts as a delightful setting for creative and sophisticated cuisine, which is expertly prepared and beautifully presented. Simple decor with a few contemporary features and an open-view kitchen.”

“This restaurant is situated in picture postcard Tuscany, surrounded by rolling hills, cypress trees and medieval fortifications. The cuisine is also typically Tuscan, made from the best local ingredients and reinterpreted with creative flair. Delightful panoramic terrace for summer dining. A small hotel of rustic elegance, a bonbonnière in terms of elegance, care and size.” 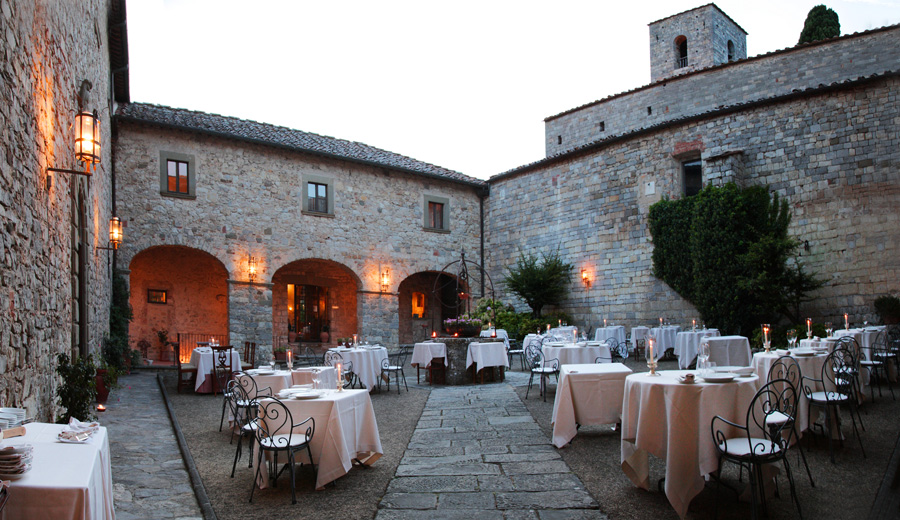 “In the stunning setting of a 1,000 year-old monastery, this restaurant serves cuisine inspired by both Tuscany and Campania. As well as meat options, the menu features an excellent selection of fish – all in elegant dishes that are truly memorable. Dine alfresco in the romantic courtyard in summer.”

“Enclosed by large windows, this restaurant is full of natural light, which perfectly complements its elegant, modern and minimalist-style decor. The creative cuisine is the result of careful research, both in the culinary techniques used and in the selection of the best ingredients.”

“Local tradition is eschewed in favour of more exotic fare in this highly elegant and stylish restaurant. In fine weather, book one of the tables under the arcade overlooking the romantic garden. Impeccable service.”

“Fans of Tuscan cuisine will be in their element in this restaurant. It offers the full range of local meat specialities, herbs and spices, as well as fish dishes. An elegant choice, perfect for special occasions.”

“The cuisine served here bears witness to the chef’s many years working in renowned and reputable restaurants, with a menu featuring memorable dishes which are full of flavour and substance. The elegant dining room echoes the smart decor elsewhere in the hotel.”

“Enchanting location: beside the abbey, in the late nineteenth-century cellars of the Marquises of Antinori; on a par with the modern-style cuisine firmly rooted in the past.”

“As soon as the weather allows, this restaurant serves meals on its delightful terrace overlooking the sea, which provides a truly romantic setting for the Mediterranean dishes served here. Varied cuisine with influences from Puglia and Tuscany.”

“Using only the best ingredients (this fertile region offers a wealth of produce), the Acquacotta restaurant serves contemporary cuisine. It has an equal emphasis on meat dishes and fish or seafood specialities.”

“Located in a quiet spot, this is an old inn which has been renovated over the years. Elegant dining hall with nice furniture. Traditional cuisine and innovative dishes.”

“You even have to park on the sand to reach the restaurant, which is almost built over the water. The sea permeates the dishes served raw, prepared either with a tomato sauce or more classically.”

“The choice, abundance and quality of the fish served here will amaze even the most discerning of diners. Choose between raw, steamed and grilled fish to be enjoyed in an elegant seafront setting that will make your holiday in Forte even more memorable!”

“Enjoy fine dining at this legendary 30-year-old restaurant. It has superb service and famous mayonnaise made in front of guests in the dining room. Fresh fish is the highlight here, the quality of which is guaranteed by the Lorenzo name.”

“The new young chef at La Magnolia brings sunshine from his native Sorrento to this restaurant in Versilia, as well as experience from a number of Michelin-starred restaurants. He continues with the creative traditions of the restaurant, while at the same time adding his own authentic touch, which results in what he describes as “Tuscan-Campanian fusion” cuisine.”

“Housed inside the contemporary art museum, this restaurant serves creative and imaginative cuisine that is in perfect harmony with its surroundings. Diners choose only the number of courses they want – and then sit back and enjoy the surprise!”

“Set in a well-maintained garden is this 19C cottage where terracotta and beams combine in an elegant atmosphere. Family management, and elaborate cuisine that is tastefully presented.”

“The glass windows in this modern restaurant look out onto a park and into the kitchen, giving the impression of one large space. The young chef delights his diners with his own personal interpretations of some of Italy’s best-known dishes.”

“This delightful 17C villa is situated on the outskirts of town. Here, chef Igles Corelli creates bold and imaginative cuisine full of flavour with dishes from all over Italy.”

“Although Signora Mariva still keeps an eye on things in the kitchen, it is now the very capable Maurizio (Bardotti) who is at the helm. He continues the tradition – started many years ago – of creating updated traditional dishes with humility, enthusiasm and imagination.”

“The characteristic stone-built village is worth a visit on its own, but its jewel is the restaurant. It is full of decorations like a shop, and has a romantic summer patio. Cuisine with refined Tuscan flavours.”

“This excellent restaurant with an elegant ambience and just a few tables offers two tasting menus. One that focuses on Tuscan traditions (meat only) and another that is equally balanced between meat and fish dishes.”

“A dirt track leads to this magical spot, where a medieval castle offers views of the surrounding hills. Meals are served either in the attractive dining rooms or on the romantic wisteria covered terrace in fine weather. Fresh cuisine with a personal touch.” 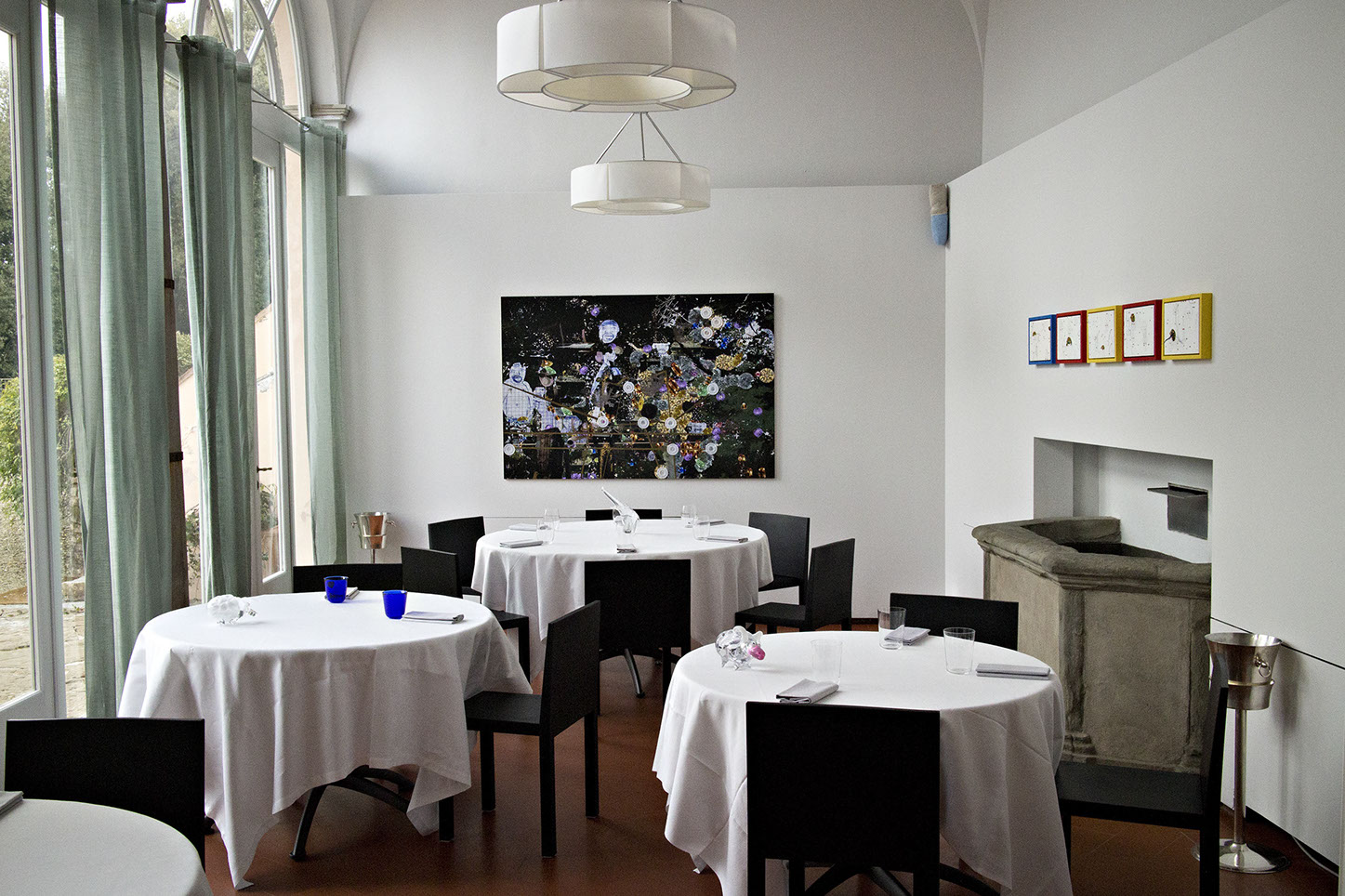 “Things start well and only get better… Once you have entered the beautiful Villa Bardini not far from Palazzo Vecchio, you are plunged into an elegant and welcoming ambience. This serves as the perfect setting for delicious creative and modern cuisine. There is an additional treat: anyone who dines at the restaurant can also choose to visit the museum accompanied by the restaurant owner who has a set of keys. A truly multi-sensory experience!”

“The magnificent decor of one of the most impressive palazzi in Florence has been given a more contemporary feel in this restaurant. It offers delicious and carefully prepared reinterpretations of traditional Italian cuisine.”

“The dining room at this restaurant faces the open-view kitchen, allowing a continuous exchange of dialogue between chefs and diners. The cuisine focuses on mainly Tuscan produce served in dishes that blend traditional skill with contemporary style.” 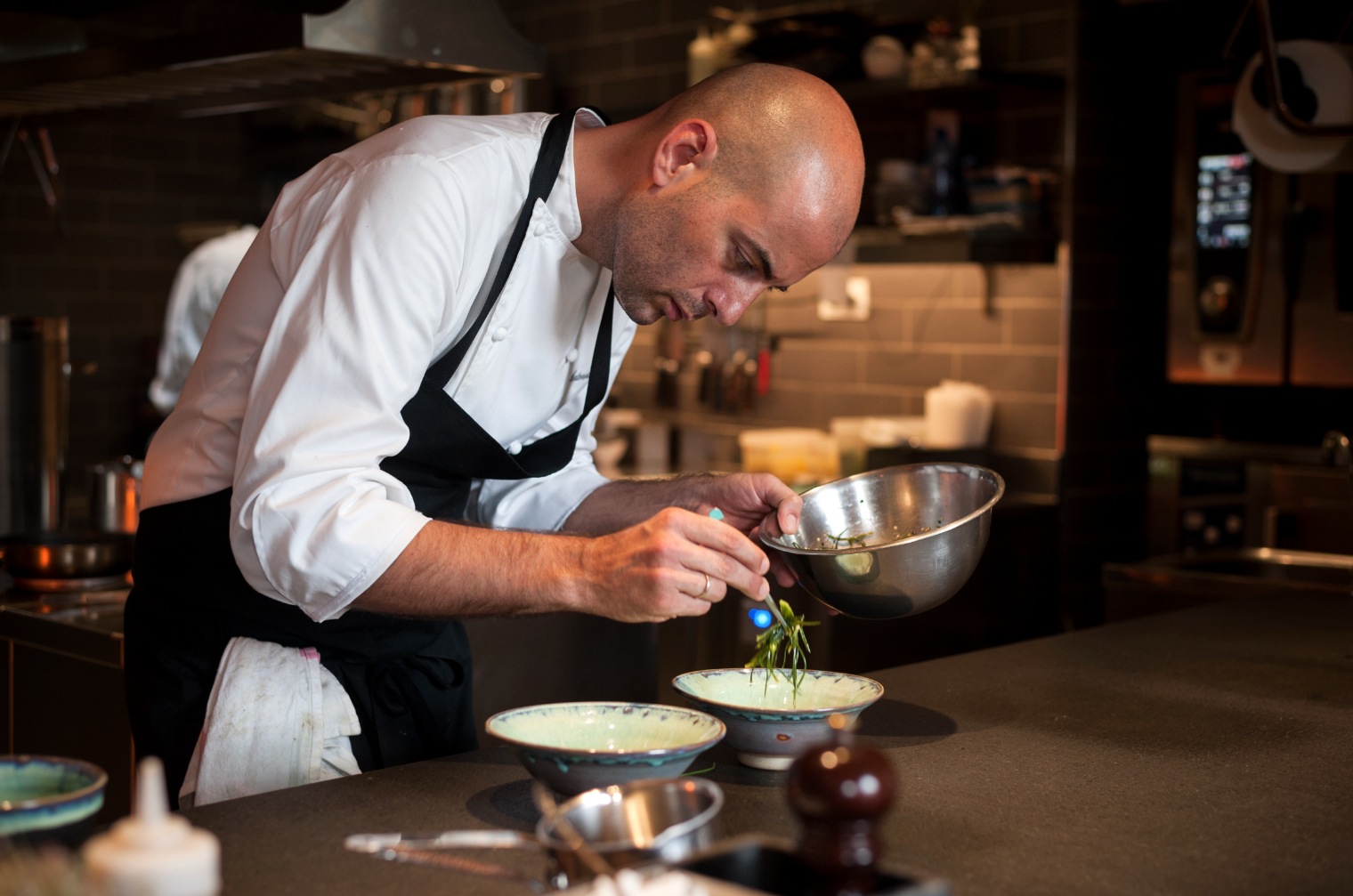 “La Bottega del Buon Caffè has changed premises for 2015 and is now on the Lungarno, with an outdoor terrace making it perfect for a fine evening. The distinctive creative style of the excellent chef at work in the open-view kitchen remains unchanged.”

“Horse-drawn carriages once entered the old courtyard of the St Regis hotel, now converted into a winter garden. Enjoy delicious dishes from the Maremma created by Valeria Piccini in the luxurious surroundings of one of Florence’s most elegant hotels.”

The flavours of the region have been given a lighter touch in this restaurant, which also offers an excellent wine list of over 600 labels. In summer, treat yourself to dinner on the delightful small terrace overlooking the Arno, where the candlelight is reflected on the surface of the water.”