On November 22, the US Consulate General Florence celebrated Thanksgiving in collaboration with the Consorzio Vino Chianti Classico.

On November 22, 2016, the US Consulate General Florence celebrated Thanksgiving two days early with a drinks reception, organized in collaboration with the Consorzio Vino Chianti Classico to mark the 300th anniversary of the Gallo Nero.

Ties between the US and Chianti Classico are longstanding. Explorer Giovanni da Verrazzano, originally from Greve in Chianti, was the first European to reach New York Bay in 1524, lending his name to the Verrazzano Narrows Bridge. In the 1700s, nobleman Filippo Mazzei, a member of the winemaking family based in Castellina, moved to Virginia to start a business and political career, becoming friends with Thomas Jefferson and Benjamin Franklin.

Consul General of the United States of America in Florence Abigail M. Rupp, in her opening remarks in Italian, thanked the Chianti Classico Consortium and its producers for participating in the “Waiting for Thanksgiving with Gallo Nero” evening.

The Consul General continued, in Italian (and translated for the purposes of this article), “Chianti Classico wine is a product of excellence from Tuscany, a symbol of sociality and sharing, an important element in relations between Tuscany and the United States… Tuscany is a region that saw its export value to the USA reach 3.5 billion euro in 2015, marking a 16 per cent increase compared to 2014. There is good reason to believe that these figures will rise again in 2016. My hope is that social and commercial relations between the United States and Tuscany will go from strength to strength, just like the friendship which has lasted for many centuries, built on deep roots and shared values.” 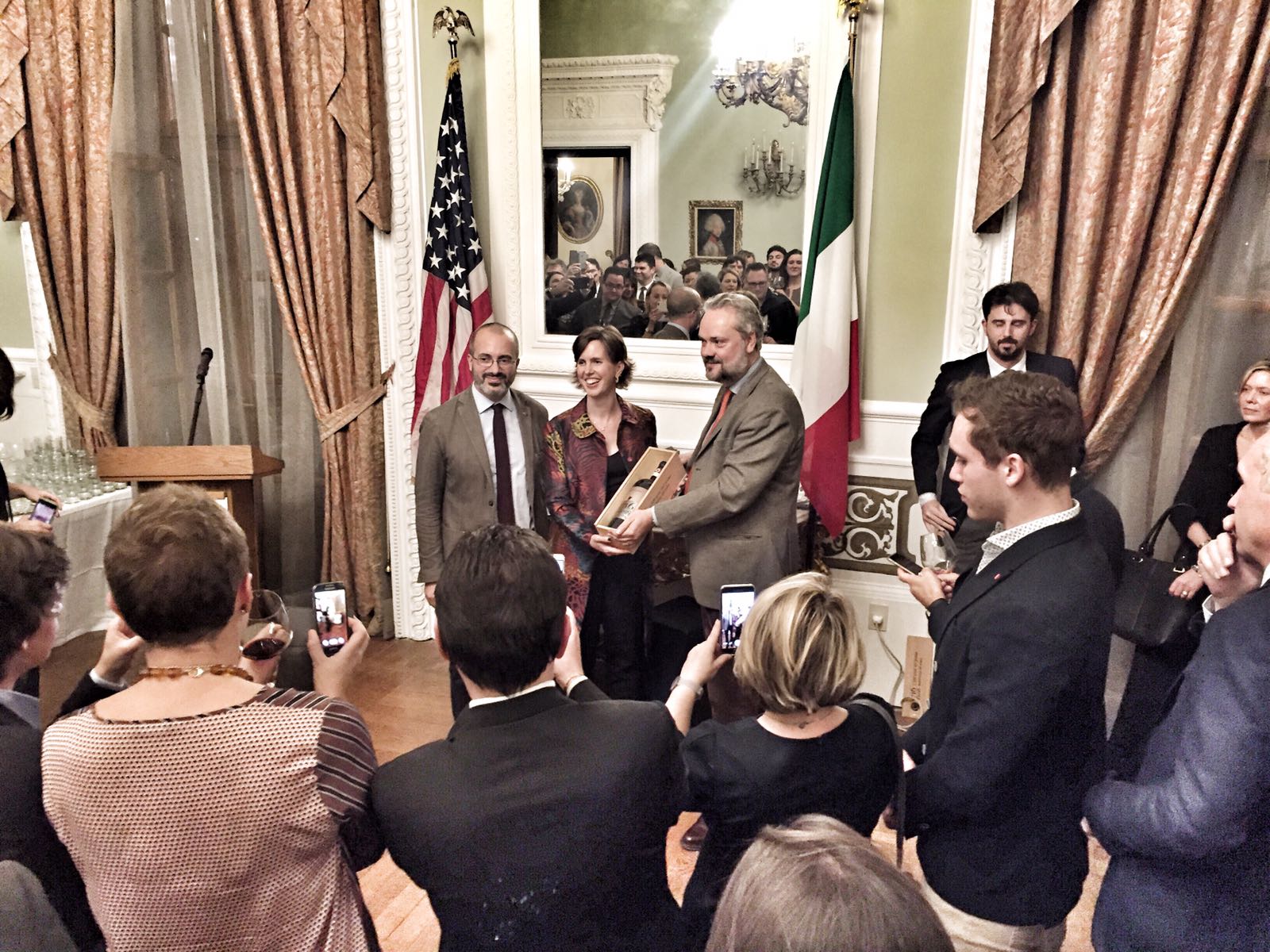 Vice-president of the Chianti Classico Consortium Sebastiano Capponi presents Consul General of the United States of America in Florence Abigail M. Rupp with a commemorative bottle of wine.

Vice-president of the Chianti Classico Consortium Sebastiano Capponi emphasized, “The United States is a welcoming, hospitable country… open to interaction and influence of other cultures… Today, our bond with the USA is stronger than ever. In 2015 the United States was the most important overseas market for Chianti Classico, comprising 31 per cent of the total export.”